SALEM, Ore.–  The last two week in Colorado and Utah, Philomath’s Kamden Combs has been slowly coming back into form.

The two-time Oregon West Conference Pitcher of the Year for the Warriors the last two years had been battling bicep tendonitis and the always difficult Mono that has limited the incoming Junior to spot innings here and there this summer for the NW Vandals 16U team.

But, as the Vandals put the finishing touches of a 2-0 pool play performance following their 20-4 three inning win over the Sandy Thunder, Combs is looking like she’s rounding back into her old self again at the 18A Western National tournament.

“It feels good to be back in the game.  I’m just glad I’m back honestly,” said Combs.  “I mean there’s still things to work on being gone for so long, but being back is the first step and it feels good.”

As she held the Thunder to one hit through the first two innings, Combs offense set the pace early with 18 first inning runs following their 6-4 win over the Eastside Rough Riders that saw Allicite Frost blast two home runs and Reagan Davis compiling two hits in the 8am game Thursday.

“It feels like a lot of the time we’ve been pretty flat in the morning, but we came out and we were just ready to go,” said Davis as the Vandals enter Bracket Play Friday with momentum.  “We just need to warm-up with energy and have a happy attitude.”

Combs and the NW Vandal defense hit a little bit of a hiccup in the third inning, the fatigue of the day was wearing on the squad and the Sandy Thunder looked to cut the lead to below 15 runs to extend the game beyond the third inning.

The Thunder picked up three runs in the fourth and had loaded the bases with two outs, but a hardline drive back to Combs and the putout at first ended the threat and the game.

It probably wasn’t how they were expecting to end the game, but it’s a good learning experience entering their 10am game Friday morning.

“We just needed to stay with it just a little bit longer…we got it done so that is good,” smiled Combs, who struck out four in three innings. 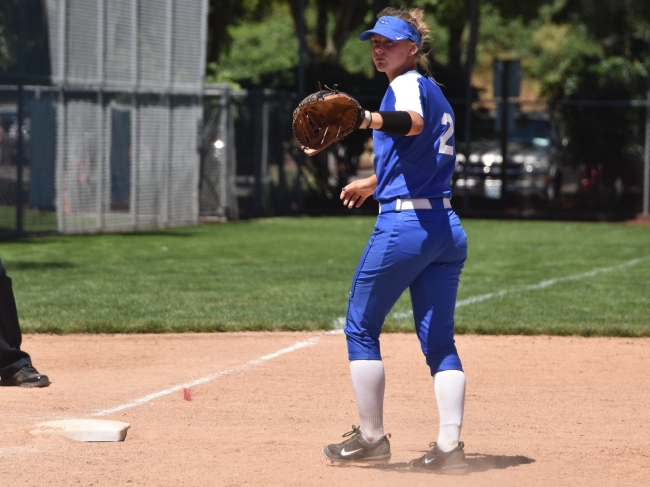 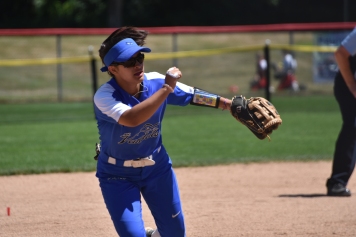 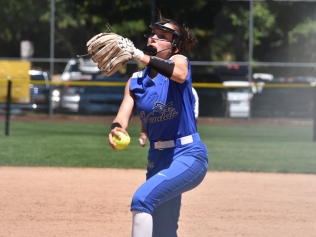