SALEM, Ore.–  It was The Clash of Titans late in the afternoon Saturday at the Capitol Futbol Complex in Salem for the US Quidditich Northwest Regional Tournament.

At one end on the field, deemed “Field 2” for the tournament, you had the Boise State University Abraxans, strong and dominant.  The other, the Rain City Raptors led by their wit and speed.

And let’s just say both teams were excited to play one another before the match began.

“Rain City has been undefeated this entire season,” said Stewart “Stew” Driflot.  “Because we’ve been playing out of region, we play in the West Region and they’ve been keeping it in the Northwest.

“So this has really been a match of the Titans.  All year this has been boiling up of what’s going to happen.”

“A lot of the Raptors played against Boise last year but haven’t got to see them this year,” added Raptor’s Beater Molly Bocian.  “So we’ve been anticipating this game for a long time.  But I think Boise was doing that too.”

Fast forward to the start of the match.

As the Abraxans were ‘Dabbing’-right on one on of the pitch; on the other side, the Raptors stood in place with quiet focus watching their opposition, waiting for the whistle to get the Quaffle and the Blunders at mid-pitch.

When the whistle blew, the teams went to battle as the crowd grew around the pitch.

The teams were trading blows as the game was tied at 50-all thanks in part to Driflot’s leadership and strong play for the Abraxans and an overall team effort by the Raptors to stay within reach for when the Snitch was released.

Both teams already were in a tassel moments leading up to this time, caused the match to be paused for several minutes as the referees settled the teams down.

Once they did, the Abraxans slowed the game down and shutdown their quick adversaries and with their catching of the snitch, sealed the 140-80 victory for BSU.

“We have to play a different game cause it’s mud,” said Driflot.  “We can’t do the same thing we’ve normally do, we can’t cut in this mud, it’s too deep.  So we hooked some passes, (and) just playing it slow.

“Bosie State tries to play the Barcolna of soccer, we try to hold possession and take it slow.  No turnovers.”

But how did we get to this point?  How did the Championship Round Robin happen on Saturday when it was scheduled for Sunday?

When the team’s arrived Saturday morning for the Opening Ceremonies of the Tournament, the middle of ‘Field one’ was a swamp with water and by mid-day it was hazardous for teams to play on.

The other choice was to wait until Sunday and cramp every game originally scheduled in.

“It’s hugly important, player safety is the number one thing we take into consideration when we plan any official Quidditich event,” said Event Manager Mary Kimball.  “So we evlaute field conditions, it’s very important that the safety of the players, referres and spectators are taken into consideration before we make decisions.”

Teams had to change their mindsets as the tournament turned into a one day free-for-all for the championship.

“Initially we were not that hype to play today because we didn’t have a lot of games in competition,” said Driflot.  “It wasn’t going to be that hard for us and Day Two was going to be our day to shine.”

Things heated up in Game Three as the Rain City Raptors found themselves in a dogfight with UBC.

Coming down to the snitch to win and tied up, both teams scramble for a few minutes before Brandon Booth jumped off from the Rain City sidelinesoff a substitution to nab the Snitch in a game that was indeed decided by the Seeker.

“That was a amazing game, I give UBC credit,” described Booth on the Snitch grab.  “Me and Drew were subbing on the sideline, I saw the Snitch come over to close and Drew was getting tired on the ground and I told him to quick sub and (I) ran out there and pulled a Long John and I came up with it.  It was awesome.”

The Raptors were the first team to qualify for Nationals after that match.  UBC Qualified for the National bracket despite losing to both Rain City and the Abraxans in their last two matches as the Championship bout was settled between the Raptors and Boise State. 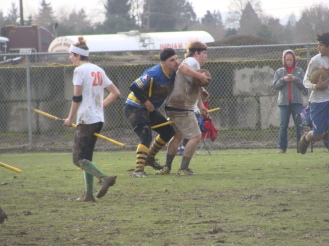 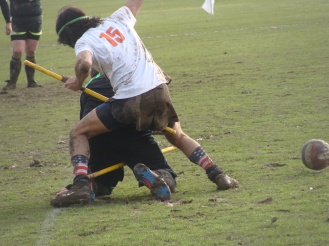 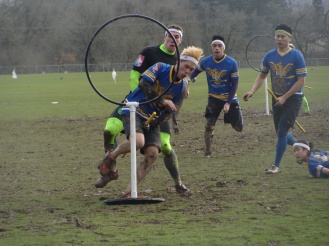 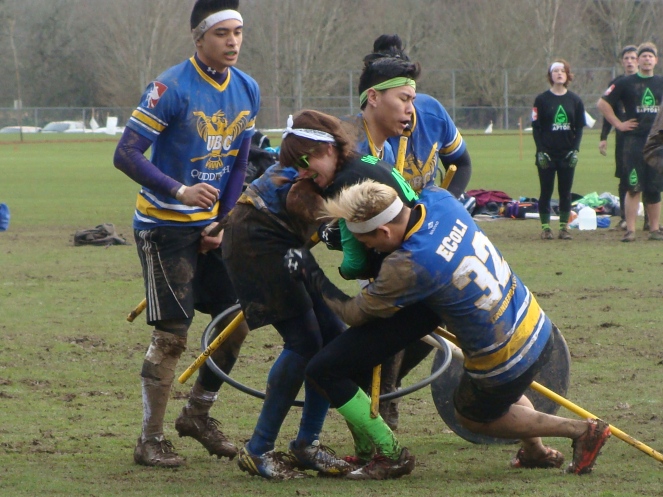 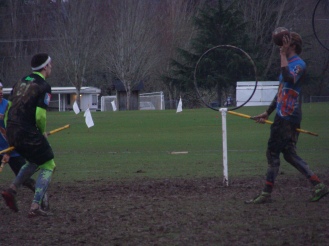 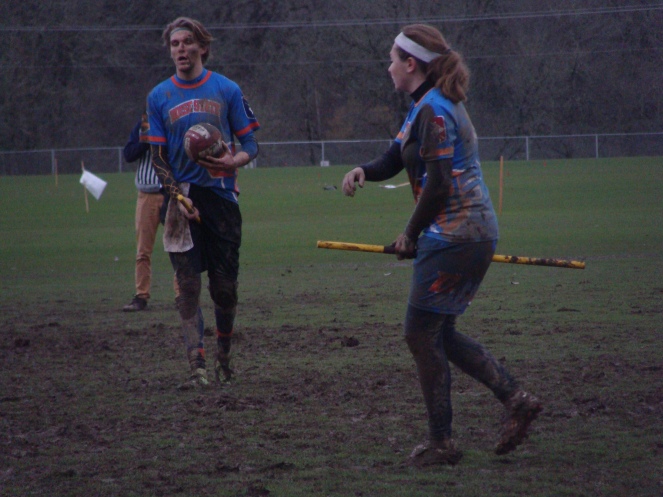 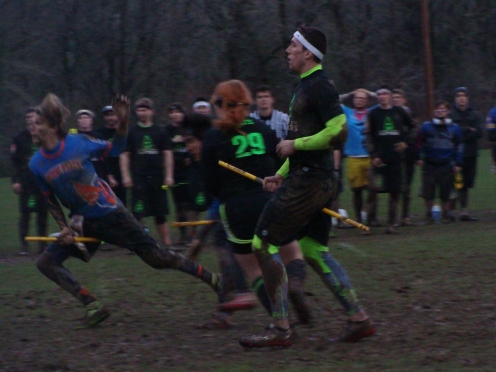 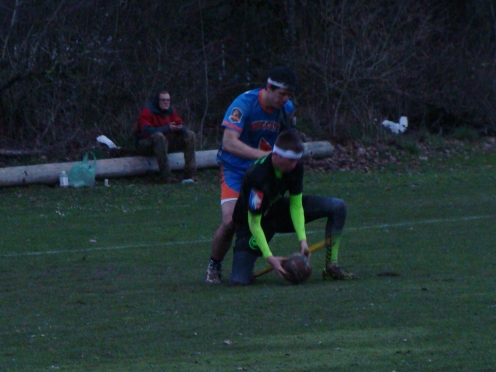 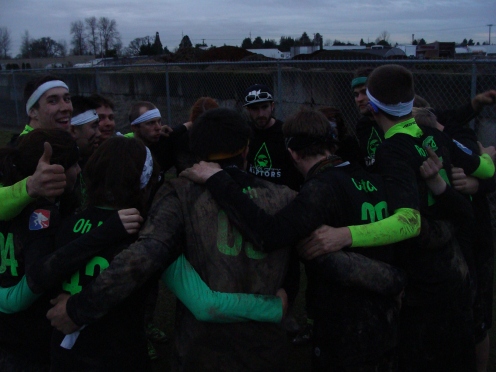 Jeremy McDonald is a professional sports journalist in the Salem/Portland area and is a member of the Society of Professional Journalist in Oregon with B.S. degrees from Southern Oregon University in Journalism (2011) and Health/PE (2013).  Got a story idea? Email him at jeremymcdonald73@gmail.com or on Twitter at @J_McDonald81!