DALLAS, Ore.–  It’s been six weeks since their last competitive game and it’s their first with the mound three feet further back from the plate as they embark on their first Fall at the 14U level following the summer at 12U.

The rust was there when they lined up against their toughest competition of the year with the NW Bullets 14U Sunday afternoon, the Dallas Lady Dragons 14U squad’s first game of the Fall season, but their fighting spirit was still there.

“That’s just like the Dallas way.  We might get our butts kicked, but we’re going to go down swinging and we’re never going to give up,” said Lady Dragons Head Coach Jon Woods. “That’s always something that’ll make you proud when we play is, we’re not going to fold up and go home.  We’re going to keep going, keep trying and see what happens.”

They were aggressive on the base-paths.  Stealing six bases led by three by Gracie Walls as they scored all of their three errors off the Bullets miscues during the game in the 15-3 NW Bullets victory at the Lyle Sports Complex.

Taya Younk led the offensive charge by going 2-for-2.  Kennedy Stein, Ava Woods, Paisley Deloe and Walls all record a hit in the game.

From the get-go, the Bullets showed what the young Dragons 14U squad can improve upon.  Challenging their outfield and fielding starting with fly-balls.  Woods talked about his pitchers working on off-speed pitches to get those routine outs, it’s just finishing those opportunities when they present themselves during a game.

“We knew what was in store for us, I wasn’t expecting anything less for us.  A couple of things we could’ve worked on definitely, but we’ll work on them and we’ll go right into our Fall Ball in good shape,” starts Wood.  “We got to get use to routine Fall ball and towering shots that are out.  We’re trying ot get our pitchers to throw off-speed stuff to get the ball in the air versus a ball over the fence.

“There was a third baseman that crushed one to the Snack Shack…her next three at-bats were all pop-flies because we fed her nothing but change-ups.  So our pitchers, getting better with change-ups.  Our outfielders, getting more confident catching those fly-balls and I think we improve by exponential leaps and bounds.”

The Lady Dragons will be off during the week before hitting the diamond again to close out August and open up September. 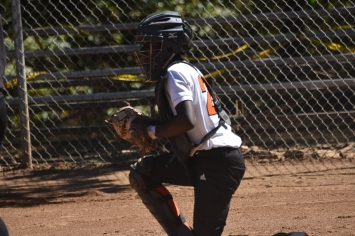 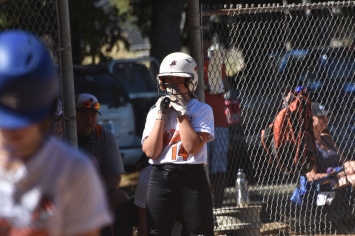 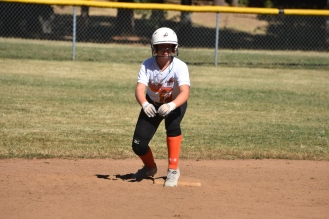 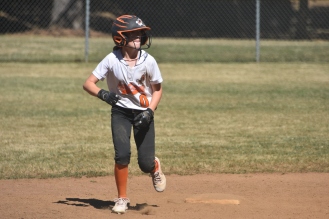