KEIZER, Ore.–  Kennedy Head Baseball Coach Kevin Moffat was in his element on the baseball field yes, the batting gloves he was wearing however, was foreign to him during the 2020 Senior Day Games at Salem-Keizer Volcanoes Stadium.

“I didn’t even wear baseball gloves in High School so yeah it’s a little bit different,” said Moffat.  “Whatever to get these guys a chance to have a senior year, especially Bruce (Beyer) and guys like that.  It was pretty fun.”

Both Moffat and Beyer both were on Team Willie Mays Saturday and Sunday at the home of the Short-season Single-A Volcanoes.  In two games Beyer went 1-for-3 and drew three walks for Mays and saw action in Center Field and Right Field Sunday for Team Mays against Team Joey Bart.

For Beyer, who was part of the 2A/1A 2019 State Runner-Up Trojans team last Spring in the nine-inning game with Umpqua Valley Christian/Melrose Christian; this weekend was as bittersweet as knowing that they could’ve reached this same spot as they did last year as a team.

“I’m almost positive that we would’ve been here two months ago again.  I think we would have gotten it this year, it was a good experience for sure,” said Beyer. “It’s a little bittersweet, but it is what it is.”

Moffat made a comment he was confident that Beyer had a chance for the Player of the Year award in the State had they played this Spring.

“This spring was looking to be a really good Spring.  I think Bruce had a really good chance to be Player of the Year in the State, he’s a really talent kid.  It was really tough,” said Moffat.  “He’s got to show what he’s got and we got really good guys on our team.”

As one chapter closes, another one opens as the Trojan duo had one last chance to share the field one last time together.

“It’s big, it’s a really fun field here.  It’s just awesome to be here, it’s been awesome,” said Beyer.  “It’s really cool because we didn’t have a Senior Year to end it, it was cool to have one last ride with him.” 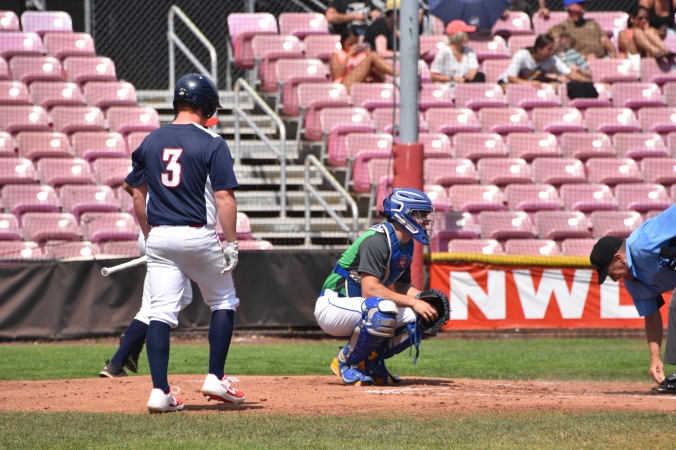 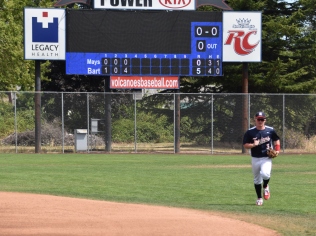 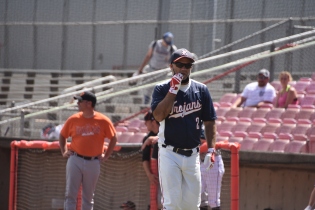