There’s only 21 outs.  Mathematically, Muth owned 80-percent of the outs of the Olympian Baseball Club’s 6-2 victory over the Stayton Bandits in a complete-game effort.

“I just wanted to attack with my fastball early and often and utilize off-speed when I needed it,” said Muth of his 106-pitch performance.  “I just felt like my fastball was unbeatable today, I was locating it pretty good.  Putting it where it needed to be every time.

The first ten outs the boys from the berm got from their defense, came way of a Muth strikeout.  He zeroed in on the zone and challenged the Bandits to time-out his pitches.

Stayton’s Aaron Nease from Regis and Cascade’s Caleb Boyles each collected two of the six hits the Bandits had Thursday, producing runs and got Muth in a bases-loaded jam late in the game but couldn’t consistently string together their hits and timing down to pressure the Oly defense further.

“He was throwing pretty hard out there, we just need to work on timing, that’s our biggest thing.  Some of our guys, we hit the ball pretty good but our biggest thing is executing while on the basepaths especially,” said Nease.  “We had six hits tonight, but the number of runs didn’t add up to that.

“We just need to get into a rhythm.  Our hits are spread out.  One hit there, one hit…couple of innings later, if we could get more consistent it’ll all come together.”

Muth allowed a run to come in via a walk in the bottom of the seventh, one of two walks allowed by the Sprague arm, before he shut the door on the Bandits of a possible late-game rally with his 17th strikeout and forcing Colton Gumc to fly-out to end the game.  Putting the cherry on top of a great performance by Muth.

“I didn’t have a good inning that last time I was outing and that kind of motivated me to do pretty good in this one.  I just felt pretty good out there and kept going, it felt amazing,” said Muth. “We got the bats going, it looked great.  I hope we can keep it going because that was fun to play.”

Chris Rogers led the Olympian offense by going 3-for-4 with 3RBI’s.  Brett Hassoun drove in the other RBI for the Olys.

Boyles and TJ Marquez drove in the lone runs for the Bandits.  Boyles went 2-for-3, Wyatt Connally and Joe Alley each collected a hit for Stayton. 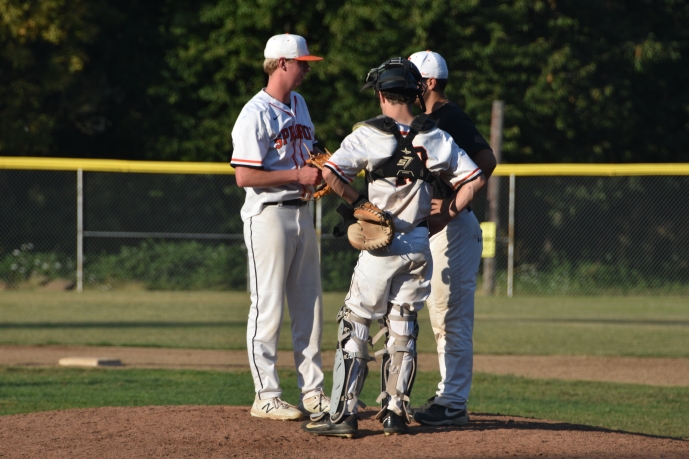 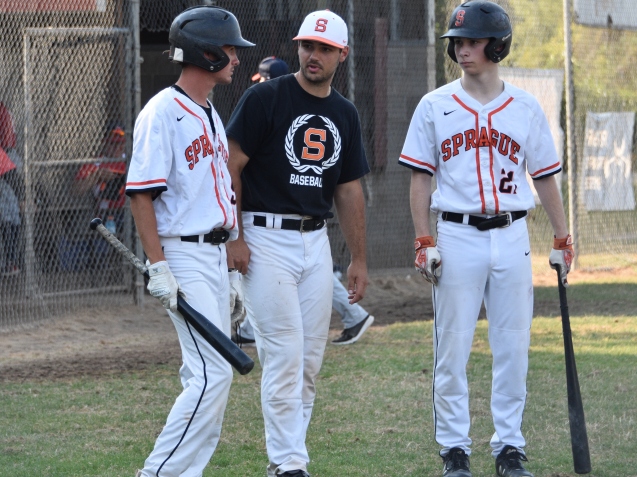 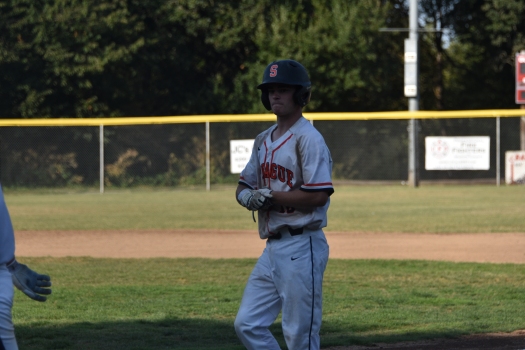 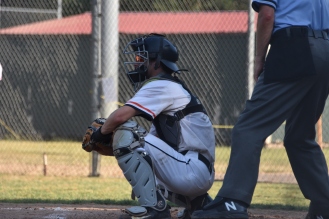 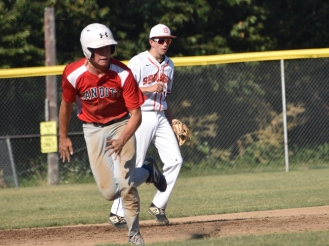 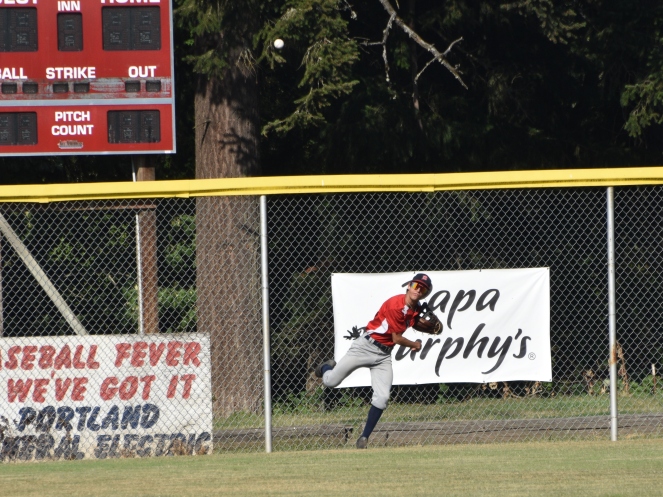 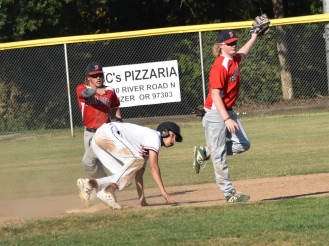 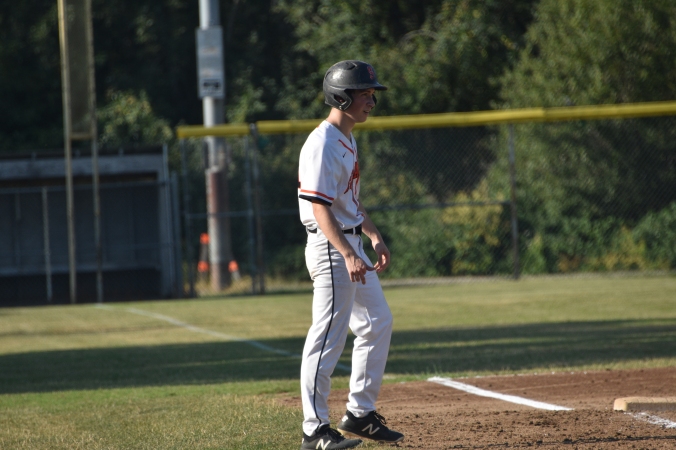 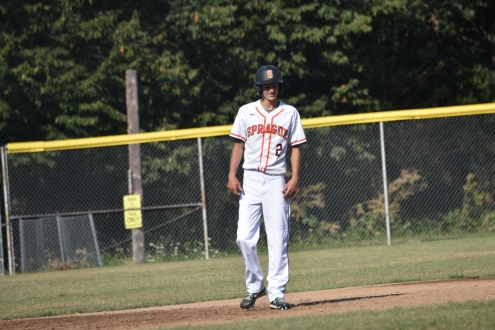 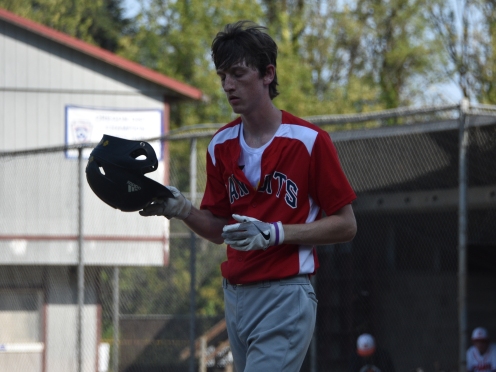