DALLAS, Ore.–  34 games is a lot for sure for a team over a span of a few weeks, but the Dallas Lady Dragons 14U have made the most of it.  Especially with a pandemic roaring around them.

But in their 34th game of the season, the Dragons found themselves in a dogfight with a familiar foe in the Jr. Oly’s Pligrim to close out the summer season in the Gold Bracket Championship game in the Dallas Just for Fun tournament Sunday afternoon.

For the Jr. Oly’s, it’s the second time that the South Salem-based team met up with the Dragons and had slowly timed-up Kadence Morrison in the third and fourth innings to turn the 1-0 deficit into a 4-1 lead over the Dallas 14U team entering the bottom half of the fourth inning.

Rylee Purdom broke the shutout in the third inning with an RBI single.  Hannah Houts tied the game in the fourth and Abby Kessler handed the Oly’s a then 3-2 lead off a sac-fly.  Zoe Moore pushed the lead to 4-2 before Morrison and the Dragons got out of the jam.

Jr. Oly’s Head Coach Jason Pilgrim spoke highly of Morrison, who was pitching in Saturday’s pool play game as well against his squad.

“She’s a tough pitcher, she throws really good.  The ball are coming from the left handed side, it’s really hard to hit.  The spin is different.  When the hitters are seeing a lot of righties, it’s good to see a lefty throwing the way she does,” said Pilgrim.

Izzy Enright slowed the bats of the Dragons down entering the bottom half of the fourth inning, holding the Dallas squad to two first inning runs on two hits.  Knowing the competition is tough in the Gold Bracket, the tough competition breeds excellence as the Jr. Oly’s have six more games left on their schedule this season.

“You get to see good competition.  You got to play some quality games, it’s very important for the girls.  Definitely out there playing,” said Pilgrim.  “Motivation moving forward, yes it’s putting your heart into how you practice.  How you practice is how you play, so get out there, make your plays and get the ball.”

The Dragons, in their twilight of their season, weren’t going down without a fight.  Laney Deloe brought Dallas back to within one entering the fifth.  Morrison turned the three-up, three-down inning, forcing two fly-outs and picking up her seventh and final strikeout of the game to set up the Dragons for the 7-4 win.

There were some nerves for sure after the Jr. Oly’s took the brief lead, but the Dragons didn’t let their spirits down in their comeback effort.

“It’s very nerve-racking because you don’t know if you’re going to comeback or not,” said Deloe.  “I felt like we all did good and we all kept our spirits up and didn’t really get down.”

Deloe followed her two-hit, eight strikeout performance Sunday morning with a 2-for-3 2RBI day.  Woolsey went 2-for-3 with 2RBI’s as well.

Moore went 2-for-2 with an RBI for the Jr. Oly’s.  Purdom and Houts each drove in an RBI on identical 1-for-2 games at the plate against the Dragons Sunday.  Summer Melena had the lone extra base hit for the Oly’s, a double, on 1-for-2 hitting. 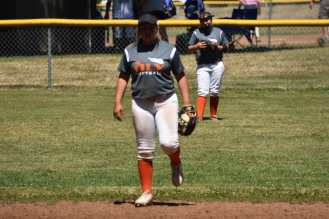 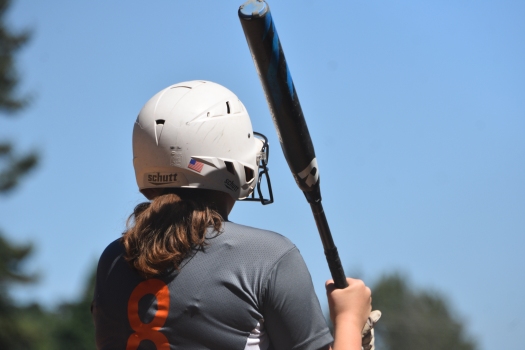 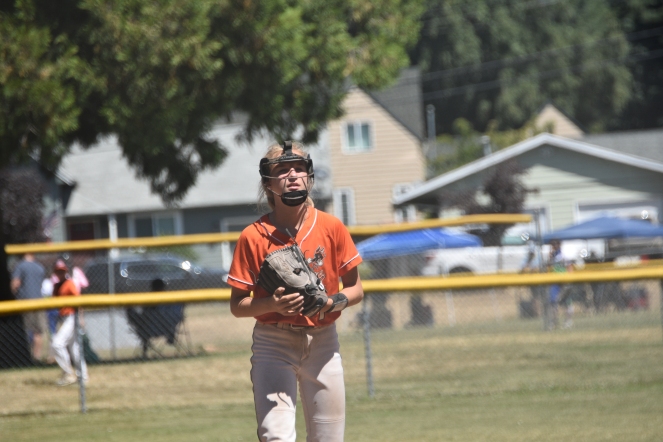