Wingert started the opener against MVP, pitching three innings, striking out two.  Deloe took over for Wingert for the final inning against MVP and into their Pool Play finale versus the Jr. Oly’s Macero.  Deloe struck out two in her outing before handing off to  Kadence Morrison to it out with two-and-a-third innings of work.

Morrison, who took a line-drive to her arm in the opening game against MVP, added five strikeouts in the circle as the Dragons went 2-0 in Pool Play for the four-day tournament.

“I think we all did good and we were pretty accurate, it was just that people got tired eventually and they can hit off us pretty easily,” said Deloe of the day. 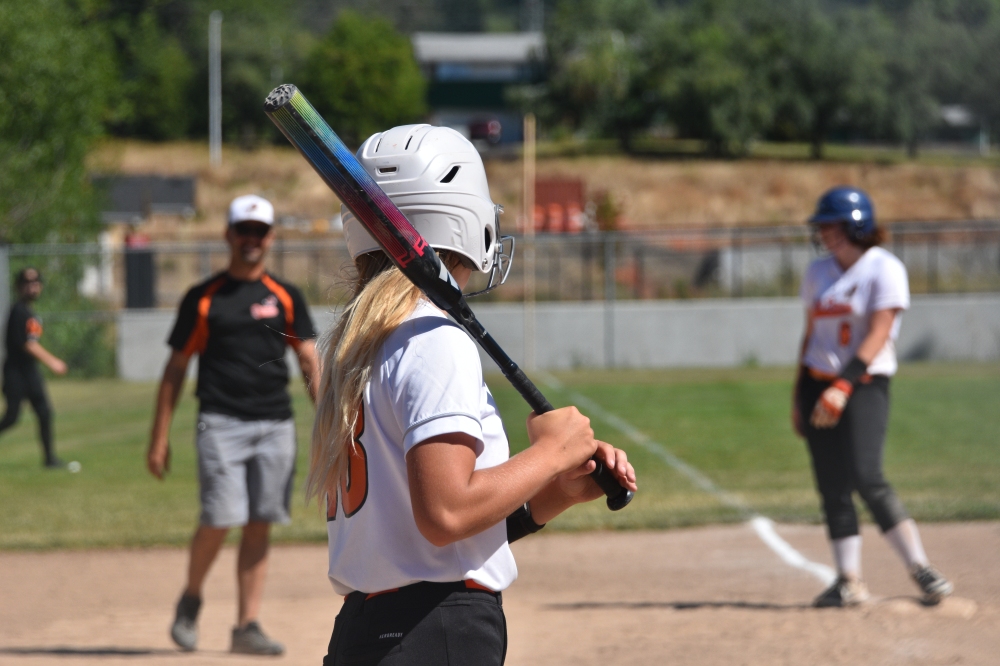 It was a mental test for sure as the heat of the day revved up following their 14-4 win over MVP.  Challenging the Lady Dragons to stay with it as they jumped out to a 6-0 lead on the Jr. Oly’s (Macedo) squad in the Dragons 10-4 victory.

Deloe went 4-for-5 with a team-high 6RBI’s in the doubleheader, three in each of their wins Thursday as the Dragons produced 22 hits and 24 runs in Pool Play.  Morrison was 3-for-5 with 4RBI’s.  Jade Baumgart, Madeleine Scales and Madison Brewster all collected three hits each Thursday as well.

Through the success’ offensively and defensively, a little hiccup occurred in the bottom of the third inning against Macedo’s Jr. Oly’s that resulted in a three run inning and making it a then 7-3 game before the Dragons settled in to finish off the game as they wait to see who they have next.

“Super important,” starts Deloe on the importance of the finish.  “We just kind of freaked out and we just settled down.  If we stay calmed and composed, keep our bats going and our defense going, we can definitely win.” 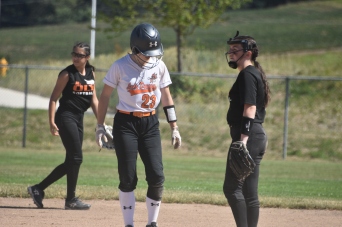 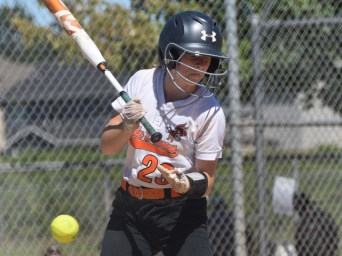 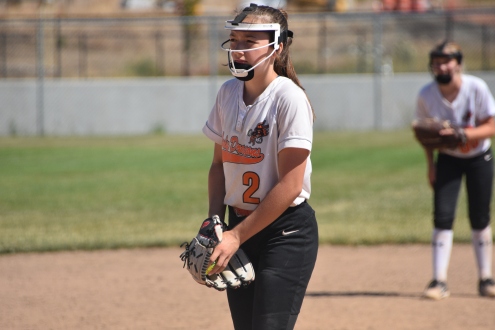 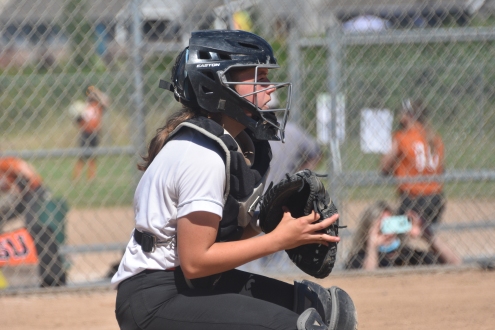 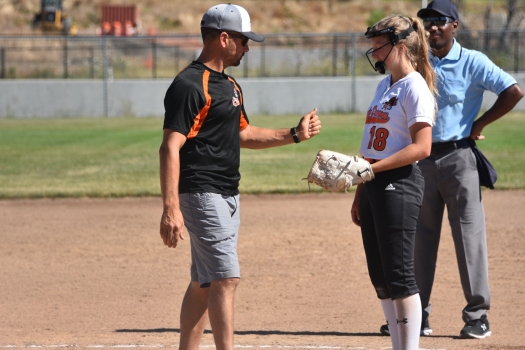 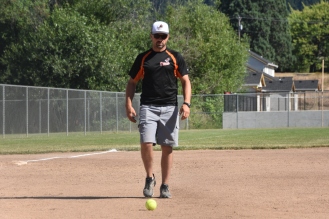 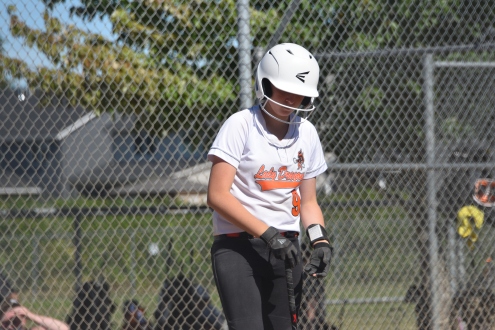 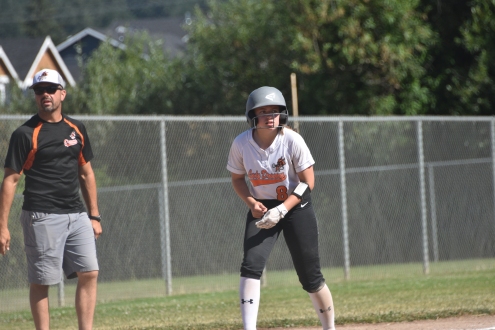