SALEM, Ore.–  It was progression for the NW Vandals 18U as they once more reached a Tournament Championship game Sunday at Wallace Marine Park, taking on an equally solid Bat Company-Ackerman in the 18U Gold Bracket Title Game.

Coming off a great 7-0 win over the Oregon Blaze, where Amity-Grad pitched five-and-a-third of two-hit softball, striking out three in the process, the Vandals started off the Championship game aggressive and plated two runs in the top half of the first inning.

“We’ve definitely been improving from last weekend to this weekend being in the Gold Bracket.  We really stepped up to being able to play and knowing that we are one of the top teams so I’m really excited,” said Kennedy-grad Grace Schaecher.

But, the 2-0 lead was short lived.  In the bottom half of the first inning, Bat Company hit three homeruns off of Stayton-Grad Sydney Maurer to take the lead 4-2 into the second.  Maurer settled in and only allowed one run in the second before handing off to Schacher in the third inning and Maurer moved to the outfield.

The Vandals answered in the top half of the third inning.  Maurer doubled with one out, Maurer’s Eagle teammate Cedella Ritchie walked to set up Central-grad’s Mariah Hyre three-run home run to tie the game up at five going into the bottom half of the inning.

“It was really good.  I mean we’re a great hitting team and we can hit, but answering back after they hit that many home runs…that shows it’s more than about home runs.  It’s about the team coming together and everyone because everyone contributed,” said Hyre, who went 2-for-3 with 5RBI’s in the Championship game.

Bat Company plated one to regain the lead in the bottom of the third inning, only to see the Vandals take the lead for the first time since the first in the fourth inning when Hyre scored Cascade-Grad Camryn Boyles and Maurer with an RBI double.

Similar to a defensive battle, in this offensive war, it was going to come down to who would have a hiccup in the mental game to stop the other.  Unfortunately it came against the Vandals in the bottom half of the fourth inning.

Bat Company, faced with two outs following Emily Blanks sacrifice fly to tie the game at 7, wheeled off another four runs after the second out to take a firm 11-7 lead against the time limit.  The Vandals fought and clawed in the top half of the fifth inning to force some chance of a miracle comeback, but the time limit hit before they could mount a comeback as they look back to improve from this experience moving forward.

“Just being smart and just knowing where you’re going to go with the ball before it comes to you.  Going through your mental plays and pitchers, just hitting our spots too,” said Schacher, who struck out two in two innings.

Lainey Wier joined Hyer to hit home runs in the twin-bill Sunday, driving in four runs in seven plate appearances.  Maurer and Kasidee Parazoo each collected three hits in the games Sunday as the Vandals finished second in the Gold Bracket. 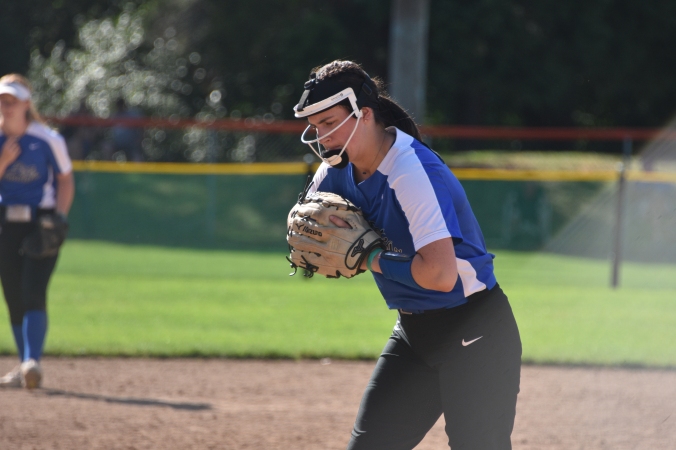 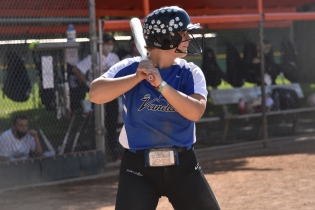 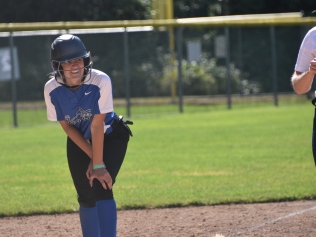 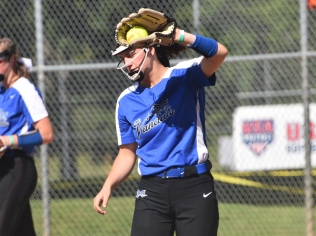 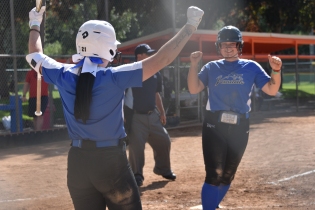 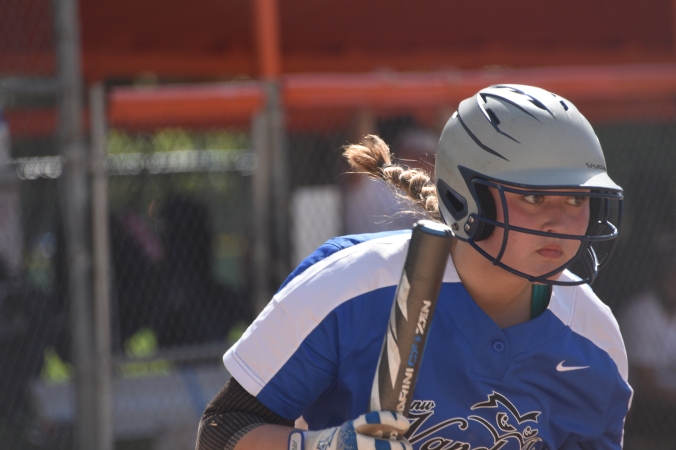 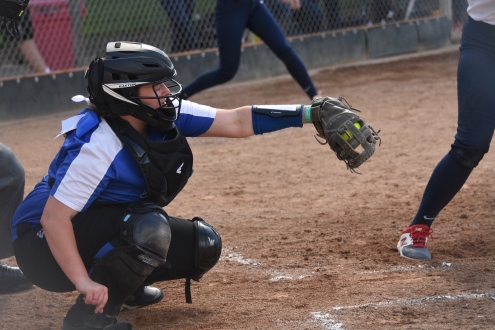 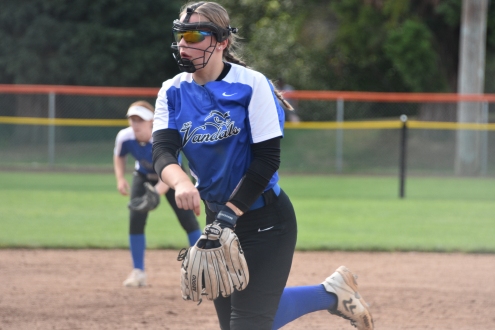 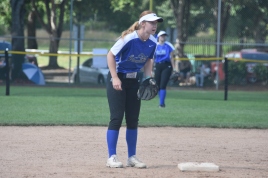 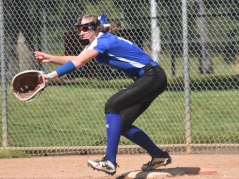 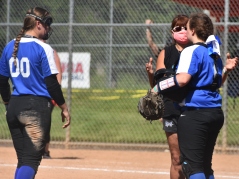 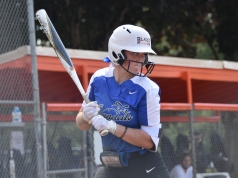