SALEM, Ore.–  It wasn’t necessarily their best stuff, but they did finish Saturday’s pool play at the Stars ‘n’ Stripes Tournament with a win.

The NW Vandals 14U, coming off a close 4-2 defeat to the Trickel 14U Lady Kingers Saturday morning at Wallace Marine Park, saw incoming Sprague sophomore Stella Puckett lead-off with a solo home run to start their game against the Bat Company-Thiry.

It was one of two homeruns, the other coming from South Salem’s Hallie Olson during the third inning to separate the two teams entering the bottom of the third.  The Vandals led 8-3 after the Bat Company pulled the game even the inning before.  They knew they just had to stay with it knowing what could be coming when they go back on defense.

“It was just pretty exciting and we just had to keep going and stay strong.  We just had to stay with it,” said Puckett.

“It was hard coming back from that first game that we had, but it was good,” adds Olson.  “I’m going to be a lot more confident going up to bat.”

McNary incoming sophomore Lacey Vasas pitched into the fifth inning, minutes before the drop-dead time ended the contest, worked through the rust of not pitching in a few months and hung a crucial zero going into the fourth inning.

Bat Company did the same before taking advantage of a few opportunities in the bottom half of the fourth to pressure the NW Vandals into sharpen up their defense coming down the stretch.  Driving in three runs on five hits before the Vandals ended the inning, holding Bat Company to that damage on the scoreboard.

“We were just nervous at first, but we weren’t as nervous in the second game,” said Vasas.  “It felt nice that we ended on a good note.  I think we’re all going to be very ready for tomorrow.”

Vasas, who struck out two in four innings Saturday, and her defense dug deep going into the fifth inning up 8-6.  Rowan Thompson came in for relief and only faced one batter before the drop-dead time came, sealing the NW Vandals 8-6 win.  Awaiting now to see when they’ll play again on Sunday’s bracket play at Wallace.

Nerves are over now points out Vasas, now it’s a matter of trusting each other and communicating into what tomorrow brings.

“Well, we’re not nervous because we’ve saw live pitching and know what’s coming next.  I think we all have to talk to each other and closer to each other.  Understand that we all can do this and we can’t be nervous, we count on each other,” said Vasas.

Desirae Hatfield went 3-for-6 in the doubleheader with Margo White and Olson each driving in 2RBI’s in the win over Bat Company. 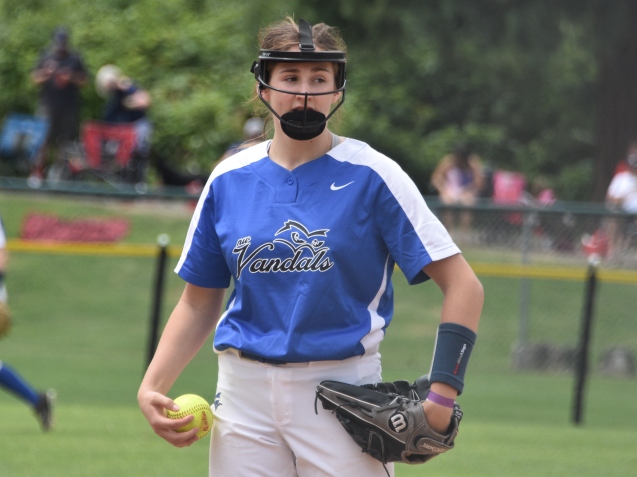 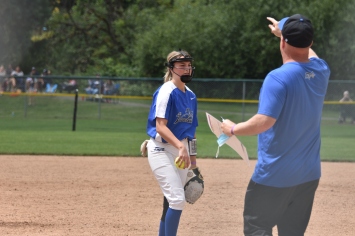 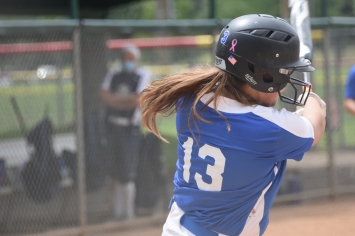 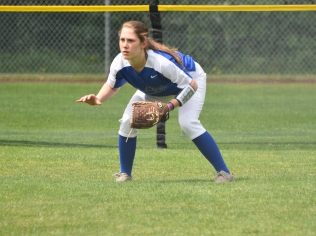 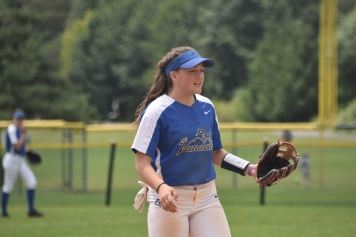 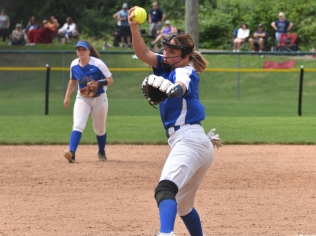 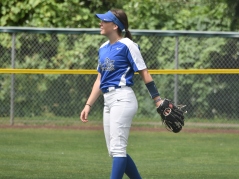 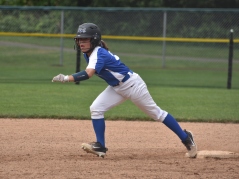 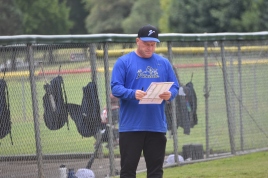 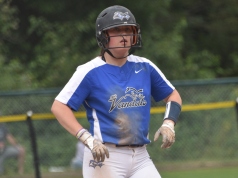