STAYTON, Ore.–  There’s no pressure for Tiw Umulap as he begins his next chapter punting at Southern Oregon University.

As him and soon-to-be-Junior at Blanchet Catholic Max Hoskins were putting in work at Regis High School, finding an open field as across the way at Stayton soccer conditioning was going on Wednesday evening, Umulap joins a SOU program that has had a recent run with strong legged specialist.  The list includes Aldrick Rosas, who currently is a kicker with the New York Giants and played at SOU from 2013-2014.

“I’m just excited for the opportunity to see what the coaches can give to me, the facilities that they have.  They just got that new gym; they’re bringing in a new weight room this year.  I’m just excited to see what the coaches can produce with me because if they can produce Aldrick Rosas…I’m planning on going onto the next level with him,” said Umulap.

“I’m just excited, I don’t see much pressure.  But as long as I just show up, do the things and just keep working and pushing myself, I can be ready.”

Working with North Salem-grad and former Raider receiver Dylan Young, who knows what it takes to get to the professional level himself, Umulap has been taking the quarantine as an opportunity to improve.

With SOU punter Jaxon Clark recovering from a knee injury, Umulap coming in as a freshman, may need to step in to alleviate pressure on the Raider specialist core as the Senior Clark recovers.

During this off-season training, Umulap has also got some work in with former University of Oregon kicker Aidan Schneider.  Schneider kicked with the Ducks from 2014-2017, was 51-for-60 on Field Goals, made 212 PAT’s and had 49 touch backs on 120 kickoffs during his college days before heading to Grant to coach with the Generals.

The thing Schneider told the soon-to-be college punter is to keep at it.  Oregon is one of the best spots to be at to prove yourself with it’s elements.  Wednesday was no different as there was a light breeze going through the Stayton landscape on this late Spring/early summer day.

“He was telling me to just keep working because Oregon has one of the best spots for specialist.  We have snow, wind, rain and sun.  Keep working, a lot of recruits will keep looking out here because we go through all kinds of weather,” starts Umulap of his conversation with Schneider.  “Just with the elements there’s little techniques you can do.

“When wind’s coming to me, I just try to line-drive it.  If you just pop-up the ball enough, it’s just going to come back at you.”

Just little details and element’s he’s picked up from Schneider, Young, working with Ray Guy and at the camp Marquette King put on.  Things that helped Umulap out a lot he said at the first-team Mountain Valley Conference Punter looks to achieve his big goals in front of him.  Getting his accuracy and timing down are his big focus entering college.

“Probably just accuracy.  I think with accuracy, you can do a lot with punts.  If you want to go left, right. I think I need to learn how to make the ball roll the way I want it to roll and just keep working on that,” said Umulap.  “Timing, that’s going to be big as well.” 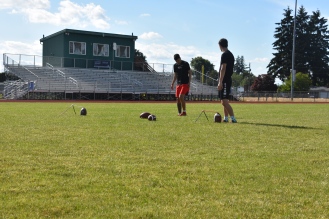 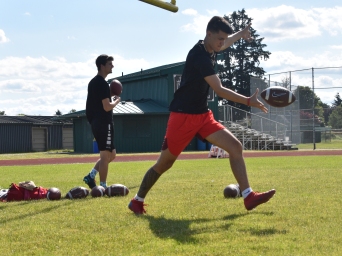 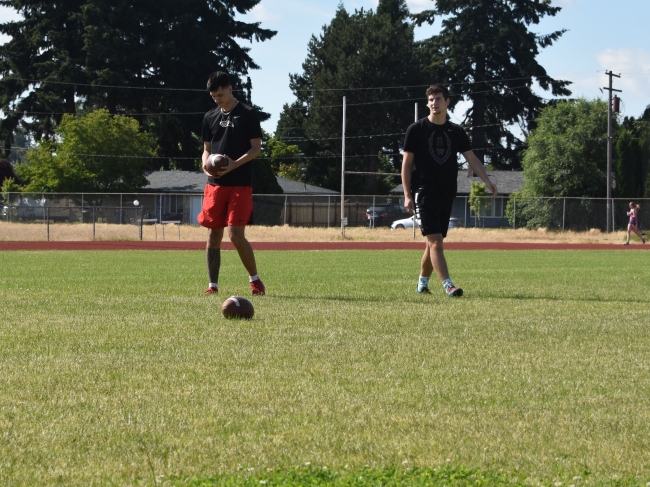