NAMPA, Idaho.–  The sounds of baseball are back.  The Stayton Bandits had to go cross state boarders to do so, but Friday afternoon in the Mountain Time Zone the Bandits delivered their first pitch of the summer season against Ridge of Utah.

The rust was there of course as evident with the first few batters, but as rough as their first inning was the Stayton squad settled in and began to knock off the figurative iron oxide in their 4-3 defeat to their opponent in the Valley Burner opener.

It started with their defense, following surrendering three runs in his season opener, Cascade’s Caleb Boyles picked up his first strikeout to snap the Ridge rally.  The Cougar sophomore put the ball play and let his defense work with a fly-out and a ground out to get out of the top half of the inning.

They bent, but didn’t break following the start.  They got into a bases juiced situation over the next two innings, getting out of the situation by allowing just one run over those two six outs.  Wyatt Connally took over in the third inning for Boyles and continued for the reminder of the game.

“It was mainly our first game of the season for the most part.  We’re not playing league games or anything, so just knocking off the dust for most of the players,” said Boyles. “Those first three innings were rough, especially for me on the bump.

“I’m just glad Wyatt was able to get it going for us and got momentum for us.”

Boyles and Connally combined for six strikeouts, four for Boyles and two for Connally over the five inning game.  Connally, a freshman at Stayton, pitched two-and-two-third innings of no-hit baseball.

But, the lone downside to the game was the delay in waking up the bats.  Stayton was being no-hit through the first two innings until Regis’ Jackson Nees broke up Kobe McRoberts no-no bid three pitches into the third inning.

Nees’ single eventually landed him on third, taking advantage of an errant pick-off move on first, but the Bandits couldn’t capitalize until the fifth inning when it finally paid off.

“It was the first game of the year.  This game, it was a lot of us getting the rust off and just getting back into the groove of things,”  said Nees.  “We started to get reps together and getting at-bats off of that.  Tomorrow we’re going to wake up just right away.”

Stayton plays at 8am at Wolfe Field at the College of Idaho and will play an afternoon game depending on the result of Saturday morning’s game.

The Bandits loaded up the bases with no outs.  Single by Tommy McGuire, error on Will Ramos and a Ness walk led into a score on a fielder’s choice, error at second base and groundout that pulled Stayton to within one of Ridge with two outs.  They were up against the time limit, so literally the time was of the essence.

“The time limit hurt us right there and not getting our bats up the first innings,” said Nees.  “It showed us what we can do when we put our minds to it.  We know we could’ve beat these kids, it was a matter of getting our bats going earlier than the fifth inning when we hit the time limit.”

Joe Alley was up.  Stayton’s Tanner Manning was at third, so a simple base hit ties it as he took a ball and took a hack at a second-pitch strike.  The power hitter made contact on his third-pitch of his at-bat towards second base, but the ball met a glove and Alley was put out at first to end the inning and game.

With Saturday looking more like Oregon with cooler and wetter weather, the Bandits look to break into the win-column Saturday with the Lynx in the morning and into the afternoon. 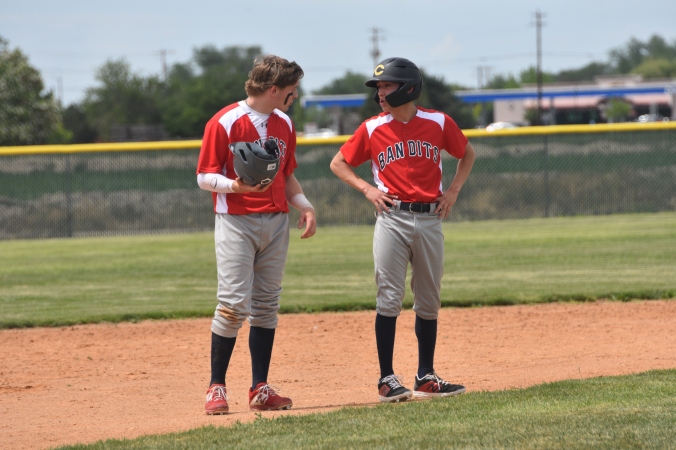 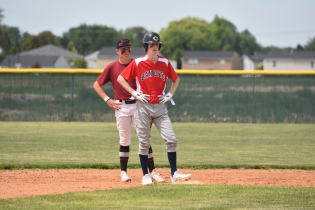 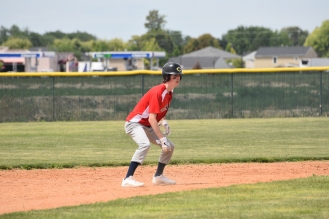 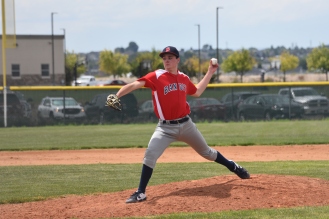 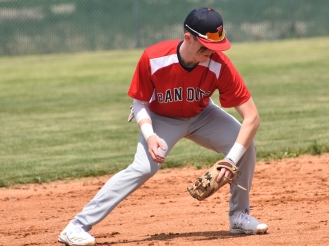 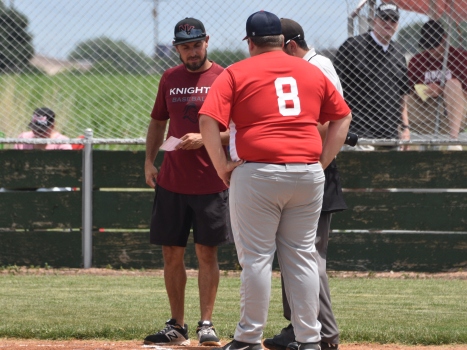 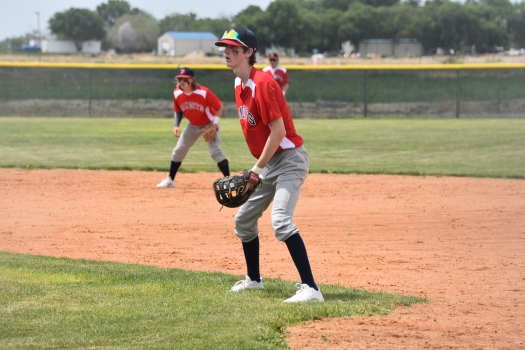