DALLAS, Ore.–  Central needed a win to clinch the third-place spot in the Mid-Willamette Conference Monday night when they traveled to Dallas in their regular season finale.

West Albany sat a half-game behind the Panthers, owning the tiebreaking having swept Central this season.  A Panther loss would have pushed Central to the fourth-spot in the league standing while a win would have clinched the third position out of one of the toughest leagues in the State.

The latter would come to fruition Monday thanks in part to a 44-14 run by the Panthers in the final 22 minutes of the game, separating Central from the Dragons in the 55-24 game to close out the regular season.

“It was good, we got tuned up as a team and we’re ready for our playoff game on Friday,” said the Panthers Sadie Wendring. “I think we just need to pick it up on defense and then we get better on offense.  Once we start picking it up on defense, then we started to get intense as a team.”

Wendring scored four of the first six points of the run during the early going of the second quarter, Emily Cole with the other two, in the game in a game where Dallas was hanging around early on.

The Dragons freshman post Hannah Callaway had pulled Dallas to within one of Central on her only basket of the game, pulling the Dragons back to one with 6:15 until half down 11-10.  The Panthers briefly held a 11-6 lead before Dallas chipped away at the deficit.

With a young core that’ll be returning next year minus Zoe Withlow and Katelyn Cooley from the lineup, Maddie Doig mentioned how that first half was their best half of basketball all year as they build for next season.

“It was probably the best half of basketball we played all year to be honest with you.  We were really, really good on defense…the only thing is that we were so sped up on offense that we couldn’t get into the right mind(set) to put our heads down and get to the basket,” starts Doig.  “This is definitely a good game to help us with insight for next year because we’re not going to have Zoe or Cooley, we’re going to have some eighth-graders coming in that are going ot be good.

“They’re going to help us out, but I’m happy they came to this game to see what the pace is so they can be ready for next year.”

The Panthers led 24-12 at halftime and continued to use their pace in the second half, scoring 18 of the first 20 points of the third quarter and had pushed their lead to 28 by quarters end.

Meagan Mendazona scored 19 points to lead Central, Wendring added another ten as the Panthers await their playoff opposition coming Tuesday night when the rankings freeze.  The Dragons, who wrapped up their season Monday with a 5-19 overall record and 2-14 in league, had Doig and Faith Martin-Ball lead them with seven points each. 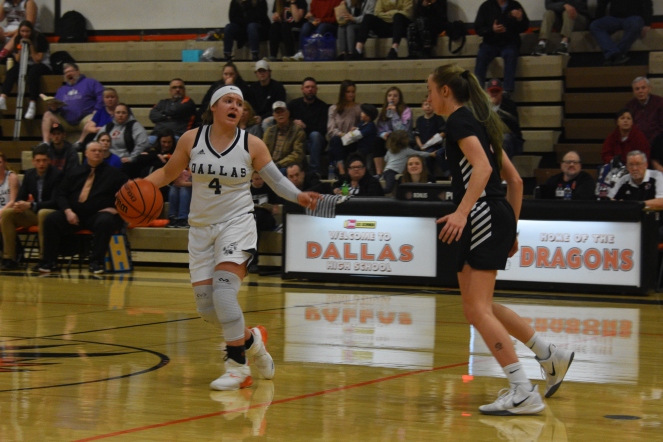 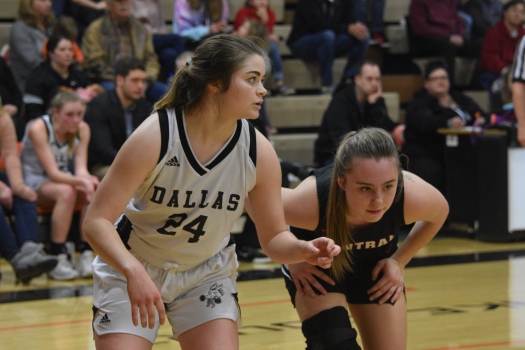