SISTERS, Ore.–  Crane hasn’t been tested like this since their December 21 game against Union.

The Mustangs, ranked number one in 1A, are use to the travel these long trips and coming to the Bend/Sisters-area have became a common place for them after snapping St. Paul’s 49-game winning streak on January 25 at Bend High School.

Their defense had made it dang near impossible for the Trojans to work their offense Wednesday night at Sisters Middle School, jumping out to a 32-20 lead entering the fourth quarter in their 40-34 victory over the number 1 2A team in Kennedy on the road.

The Trojans had showed flashes, cutting a 11-2 lead to 11-8 and getting to within four of the Mustangs during the second quarter.  But it wasn’t until the fourth when they dug deep as they did against Santiam Monday in Mill City and began to chip away after another slow start to the game, similar to that against the Wolverines.

“It’s a huge character-builder for (Co-Head Coach) Peter (Hall) and I and the girls, we’ve all said this:  It’s not about wins-or-losses during the season.  It’s about the end-game,” said Kennedy Co-Head Coach Kerry Hall.  “And any game that’s going to challenge us…whether we win it or lose it, we take it as a positive.

“We knew coming in here Crane was going to be a tough battle, they were.  Normally you don’t like to lose, they challenged us and it brought some things out of us that we needed to see.  Now we need to put the ball in the hole.”

Crane had held their double-digit lead for the first half of the fourth quarter, seemingly like their 18th win of the season would come in the form of their 17-straight double-digit win.  But as Reese Hall hit on both of her free throws with 3:40 left to bring the Trojans to within eight and Kennedy quickly turned two stops with their strong defense, there was a feeling the ‘Stangs winning streak could be in trouble.

Siegner scored a game-high 24 points for the Mustangs, but as the Trojans cut it to six and then four after Hailey Arritola’s two free throws, Crane relied on their defense to keep Kennedy at bay.

The Mustangs couldn’t hit their free throws with 1:19 left to possibly ice the game and Ellie Cantu cut the lead to two.  The Trojans were bringing the heat, but couldn’t land that tying blow against Crane as Siegner hit three of her next four free throws to push the Mustangs lead to 39-34 with 29 seconds left.

Game’s like these bring out things to improve on as both Crane and Kennedy look to making pushes to Baker City and Pendleton here in a few weeks.

“It’s very important.  Our league, we don’t get tested like this late in the game.  So it’s very important for us to be in these situations and help us later on down the road,” said Siegner.

Cantu finished with 11 points for the Trojans, who saw their defense tested against the Mustangs tough offensive attack.

“(Crane) is a really good passing team.  We knew they were strong offensively and they had some big girls that were going to challenge us,” said Hall. “So defensively were the positives we saw tonight.  Girls talking, getting through screens.  Sopia (Carley) getting challenged by (Riley Davis) that’s similar to her.  That’s a great thing to see as a coach.

“(Siegner), she’s a phenomenal player and girls starting to figure her out and really put the clamps on her in that second half.” 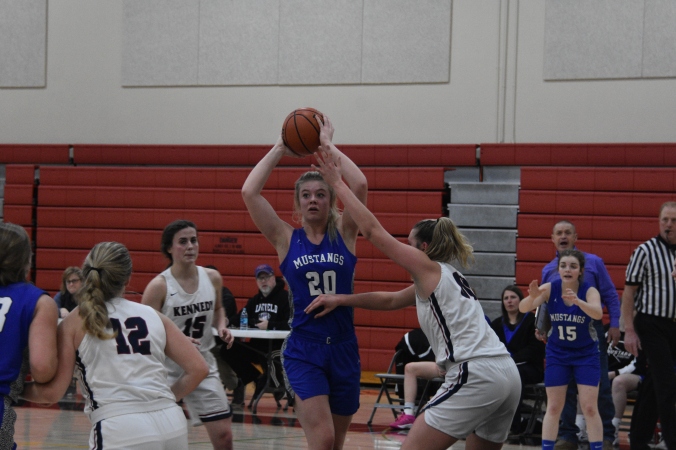 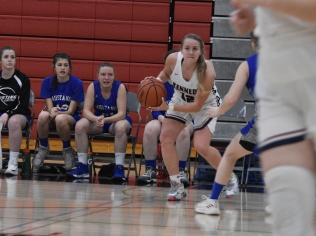 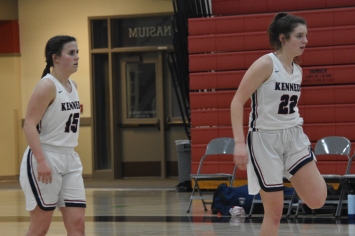 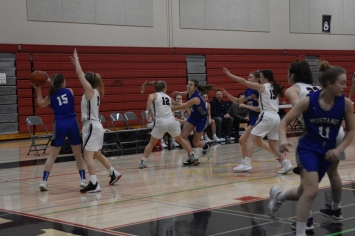 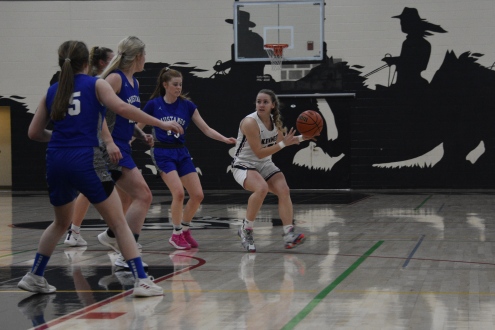