Both the Scots and the Olympians were looking for their first Mountain Valley Conference wins, McKay sitting 0-3 and Sprague at 0-2 entering their match-up in South Salem to close out another week of the season.

Behind the 1-2 punch of Skye Miller and Bailey Donahue, the Scots jumped out to a 20-6 lead against Sprague with both combining for the 20 first quarter points.  Donahue, who finished with 13 points, scored 11 of the 20 points.  Miller hit on three three-pointers for nine of her 24 points in McKay’s 57-33 win over the Olys.

And as much as the start was great, Donahue contributes it to them translating their practice plan into game-action as they held a 30-19 halftime lead over Sprague.

“(Coach Jim White) said just play it safe, keep your hands up and be smart.  Stay up straight, we know in the locker room that some of us had three fouls but we played smart and go into a press and try to work it out there.”

Donahue was one of the few Lady Scotsmen who faced foul trouble entering the second half that limit the freshman’s time on the court.  Sprague’s Bailey Butler scored ten of her 17 points in the second quarter, keeping within striking distance of McKay entering the third quarter down 11.

But as much as the Scots defense clamped down, holding the Olympians to six first quarter points and five points in third quarter, there were frustrations about how they responded in just their third home game of the season.

“We just can’t take a quarter to figure out what the game’s going to be like,” said Sprague Head Coach Jami Morris.  “Slow start…we can’t comeback from that.  We need to focus on what we need to do, we’re too focused on other things.

“I mean this is only the third time we’ve played at home this season.  It’s almost like we feel like we don’t know the court, we got a lot a lot of things to figure out through the process.”

The long-term things Morris points out in trying to change the culture of the program as they travel to a tough challenge at Bend Tuesday before traveling to McNary Thursday in hunt for their first league win in 18 league games coming up.

For the Scots, who pick up their fifth-win of the season Saturday, too will face a tough road test on Thursday going to Mountain View before hosting Summit next Saturday at 1:30pm.  Looking to build off of their first league win of the season as McKay outscored Sprague 27-14 in the second half.

“It’s just all in practice and team work, working together and talking,” said Donahue. 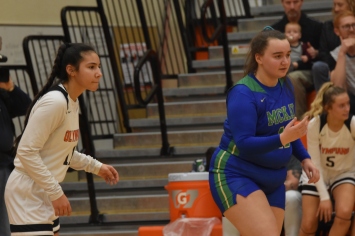 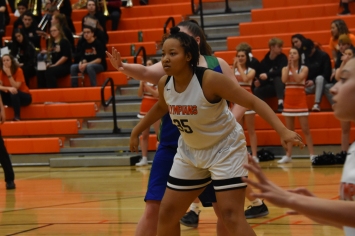