TURNER, Ore.–  Fouls put the breaks on a promising first half for the Cascade girls in their 60-27 win Friday night against Sweet Home.

13 first half fouls had Gracie Hinkle, Kenna Coleman and Abbigail Cordero in foul trouble each with three as the Cougars saw their 22-9 lead in the second quarter dwindled to 27-21 by the halftime break.

The first four-and-a-half minutes of the third quarter saw clean basketball and the result was Cascade riding on a 15-0 run, building a 42-21 lead leading into the first called foul of the half against the Cougs by the 3:25 mark of the quarter off an offensive foul on Cordero.

“It felt good because we’ve been struggling playing like one-half of a game.  But as soon as…not as well as we were playing, we had a good talk in the locker room and changed the way we were thinking about getting ready for the game and came out and played,” said Kenna Coleman.

Cascade curbed their fouls in the second half to prevent any more runs by the Huskies.  Something they’ll need to do against the press defense and up-tempo offense that Woodburn will bring Tuesday on the road.

“We just got to keep the same intensity throughout the entire game, pick each other up and get after it.  I think we did a good job of that tonight,” said Camryn Boyles.

“We’re just going to have to watch our hands, work through it and not make stupid decisions like with rebounding.  Making sure that on our presses, not to get reach fouls,” adds Coleman.

Tuesday’s game will be the first of four road trips for the Cougars as Boyles finished with 19 points and Coleman added another 16.

The Huskies Brooke Burke added 10 in the defeat for Sweet Home. 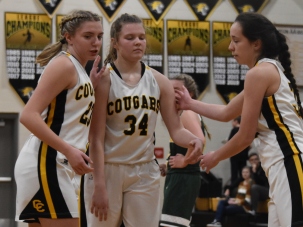 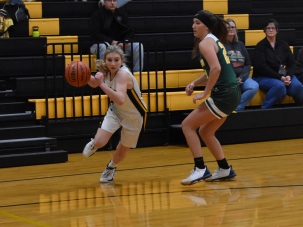 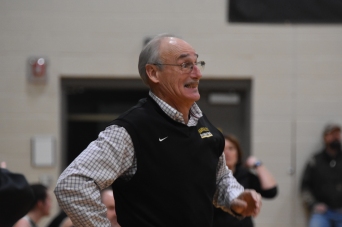 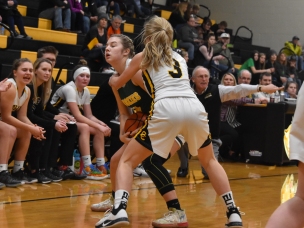 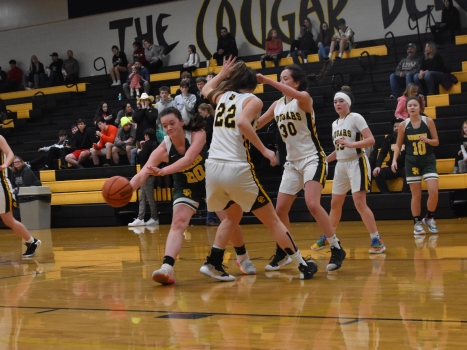 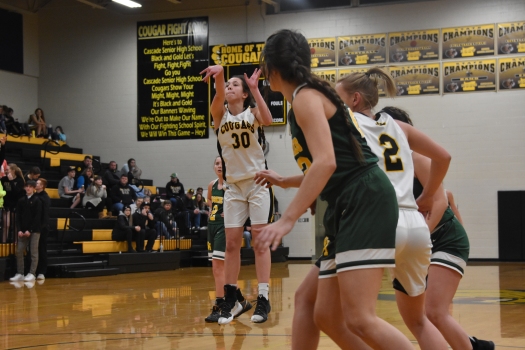