JEFFERSON, Ore.–  Regis entered Thursday’s contest against Jefferson without Tyler Voltin, who had sustained an ankle injury that has sidelined the Ram for an length period of time.

With or without Voltin, Regis’ challenge would have been the same:

Slow down the Lions.

Jefferson entered the game on a eight-game winning streak while averaging 75.3 points a game and a stout defense that allowed a shade below 51 a game in 12 games this season.

The Lions showcased their offensive talent and their defense stranglehold to close out the first half, turning a 10-all tie late in the first quarter into an 33-18 halftime lead.

And like how the fourth quarter went a little later on in Jefferson’s 66-46 win, a little reminder of them having to pick it up at crucial times had spark the Lions into snapping back into form when they needed it.

“Coach, he called a timeout and he told us that we need to pick it up.  Pick it up a little,” said the Lion’s Diego Aguilar.  “Just got to keep running it.  Got to keep pushing and eventually that game will be ours.”

It was weird to think about as the second half started, Regis was right there with Jefferson even though it was a 15-point spread at the start of the third quarter.  But by the two minute mark of the third quarter following Jakob Silbernagel’s basket, the Rams were down 40-34.

By quarter’s end Regis were in striking distance of Jefferson down 44-34 to their counterparts across the way.

“It’s great, it shows the dedication of our team, it would’ve been great if stayed like that for the whole game.  I’m proud that we came back,” starts the Rams Nicholas Woods.  “Our offense, we need to slow down.  We had 13 turnovers in the first half and that killed us, just slow down and take out time.

“We could’ve been a lot better.  We lost a star player, but it still takes time to get better.  It’s no excuse.”

Woods finished with 18 points and Jakob Sibernagel contributed 17 for Regis in the game.  The Rams host Oakland Saturday at 4pm.

Just as the Rams wrangled in the Lions, Jefferson again showed why they are a team to be reckoning with if they catch fire and their ability to shut the door on a team.

Roaring to life, the Lions outscored Regis 20-10 in the final frame to pick up their ninth win-in-a-row and 11th on the year.

“We’re a good team and we got to keep pushing,” said Aguilar, who scored seven of his 15 points in the fourth quarter.  “We know our shots are going to fall eventually even if they’re not.  We got to keep playing good defense, keep running on them.  Get some good steals.  We got to keep working to the top.

“We got to stick together.  We’re a family and we just got to keep working together.” 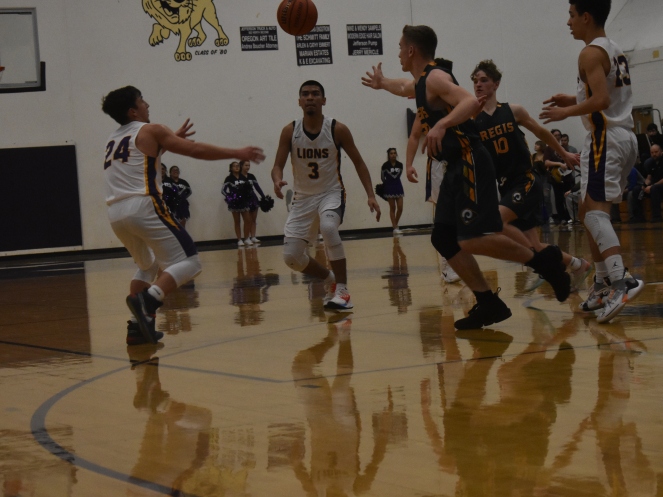 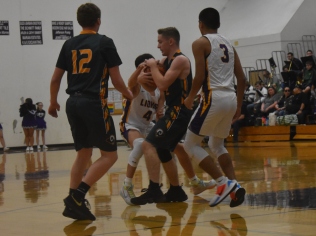 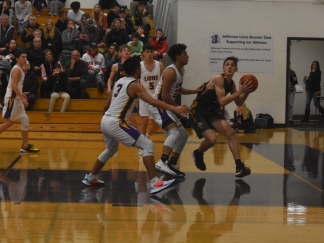 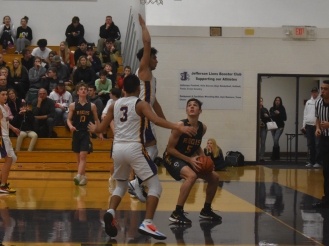