PORTLAND, Ore.–  Blanchet’s James Moore said that once they figure it out, they’ll be a tough team to beat.

The Cavaliers had already proved they were going to be a tough out anyway in Sheridan’s 70-54 win Saturday night at Riverdale High School, leading as much as 11-6 after one before the Spartans led by two at half and 44-40 after three quarters.

“They came out and they played hard, they were hard.  They gave us what we needed to work on, they were physical and we worked really hard,” said Moore.  “We gave them a run for their money, we’re just learning from it, getting ready for league.

“I think it’s just experience, we’re young.  We just got to learn to take a deep breath and just know it’s just a game, take it moment-by-moment and possession-by-possession.”

Moore finished with 23 points, 13 coming in the second half where Sheridan answered their slow start with a strong third quarter that resulted in a 26-point fourth quarter as the difference maker.

And yes, that first quarter saw them go back-and-forth as Blanchet won the rebounding game to stay in the game closely entering that fourth quarter.  But the halftime break mixed in with feeding off their bench and starting to win the rebounding game had helped the Spartans build some momentum against the Cavs for third-place in the Riverdale Holiday Tournament.

“We just figured it out at halftime and just pulled it together, our bench was hyped, it all starts with on the bench.  If we don’t have those guys, we have no one,” said DeEldon Paulk, who scored 26 points in the game, 13 in the second quarter.  “It was great to have to those guys on the bench no matter what.  They do set the tone, it starts from the bench.

“When they go in, they bring it on the court with them.  They just played with it and it just creates energy, it really does.”

That energy, their physicality had turned a 44-40 lead into a 56-43 fourth quarter lead with 5:53 left in the final frame.  Blanchet cut it to nine, but couldn’t get any closer as Sheridan pushed their lead back into double-figures for good to close out the weekend tournament.

The Spartans Randy Gibson scored 12 points as they’ll have a week off before traveling to Culver for conference-play.  Sam Schindler added 15 for the Cavaliers, who open the Crusader New Years Tournament Thursday against Horizon Christian. 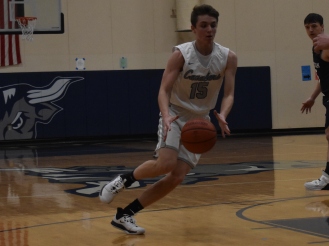 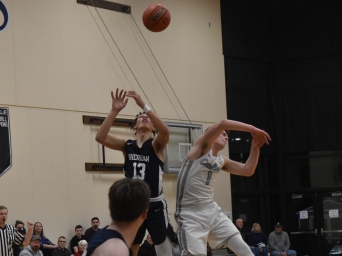 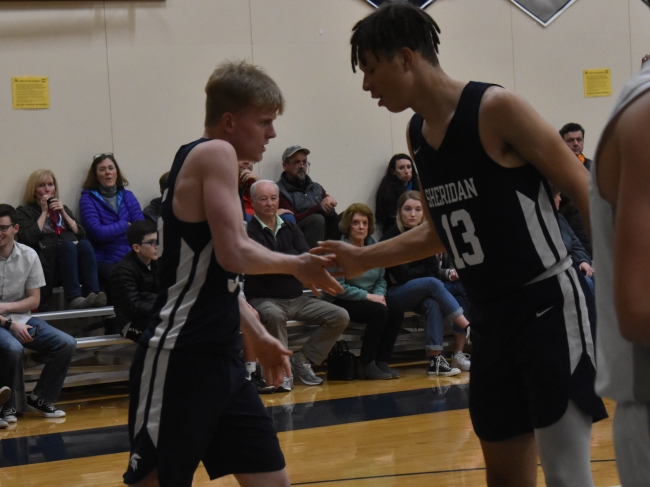