WILLAMINA, Ore.–  Willamina had to find an answer down 12-9 after seeing Central Linn make a 12-3 run against them late in the first quarter after their strong start to the game Monday afternoon.

The Cobras enter the game 4-0 and showed that if you let off the gas against them that they’ll make you pay on the offensive side of the court as they did turning a 6-0 Bulldog lead into a three-point lead in a short span of time.

But the Bulldogs settled in behind their defense, cutting it to a 12-11 deficit by quarters end as they too turned an 12-0 run themselves leading as much as nine as they led 28-20 at the halftime break.

“We knew what we wanted to do tonight and how we wanted to play, so we had to do it,” said Gracelyn France.  “We just went after it focused and our head in the game, we were able to flip that switch and called it good.  We were fought the whole time.”

Staying focused was the key entering the second half when the Cobras got as close as 32-27 in Willamina’s 43-33 win in the third quarter,  they didn’t want to leave that door open for Central Linn to rally by them.

“Well we’ve been working on that mental toughness of the game as in every other sport.  We just have to stick to it and I think we all said ‘this is our game.  We know what to do and lets do it,” said France, who finished with six points.

Halle Hughes and Piper Shrabel each had a Bulldog team-high nine points in the win.  Kira Rankin and Kaya McLean each contributed seven points for Willamina, who kicks off the Scio Tourney Friday morning with Gaston at 11am.

Bri Beauchamp and Jenna Meal each had a team high seven points for Central Linn as they kick off the Toledo Invitational against Waldport on January 2. 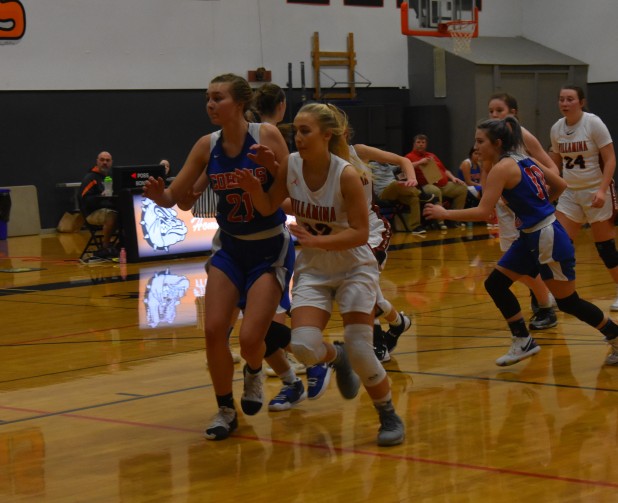 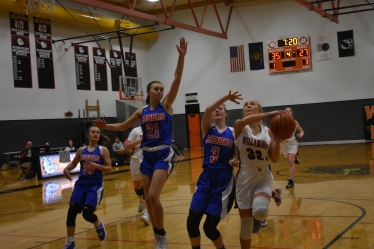 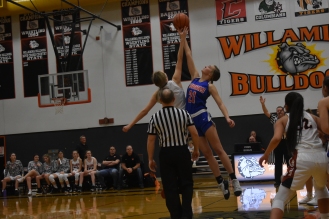