TURNER, Ore.–  Despite their slow start, when Maddie Doig split her two free throws for Dallas 18 seconds into the second half, the Lady Dragons found themselves down 22-16 to Cascade after being down as much as 12 during the opening half.

Coming off of their 25-20 win Friday against McLoughlin, the Dragons were looking for their first back-to-back wins since they won their first five games of the 2017-2018 season.

“It was hard to get us going, but we were definitely fired up from the win from yesterday.  We were excited to get back on the court and go, we just didn’t have it today,” said Doig.  “We just got to keep communicating on the court and in practice, just keep working hard on defense.

“Especially improving our offensive game and press breaks and all that.  Definitely somethings to work on, especially rebounding.”

Cascade took advantage of the rebounding game in their transition game as well in creating more offensive opportunities.  Something that Doig said that they’ll need to work on moving forward with Hillsboro on Monday.

“It’s win or lose on those, those are the differences in giving them one-, two-, three offensive chances,” said Doig.  “We just got to really work on getting someone behind us and rebounding going, giving them only one opportunity.”

Outside of winning the rebounding game on both sides of the court, the Cougar defense did press and had created opportunities on the other end of the court as they were able to make the Dragon offense really uneasy as Bailey Pedersen scored the first Cascade seven points and ten in the third quarter as the Cougars jumped out to a 32-16 lead.

“Our goal today was to talk more because yesterday (against ) we struggled with it.  We put lines on the lines on the court so we didn’t have to run,” grinned Pedersen.  “We just stepped it up today and we brought it today.”

Doig hit a three to close out the quarter, making it 32-19 entering the fourth in favor of Cascade.

“Honestly every team we look at as the same.  There’s maybe that one girl we need to stop but, we all just try to mental prepare ourselves to kind of see how the game is going to go and just get focused up so we can bring it,” said Pedersen.  “We try to do better this year and I say we’re doing that.” 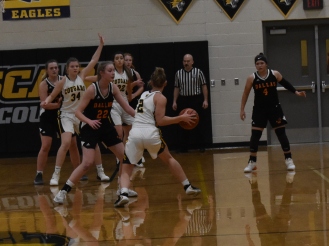 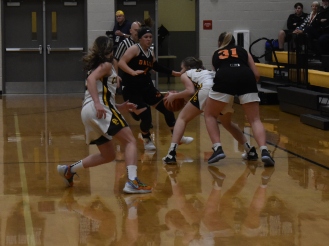 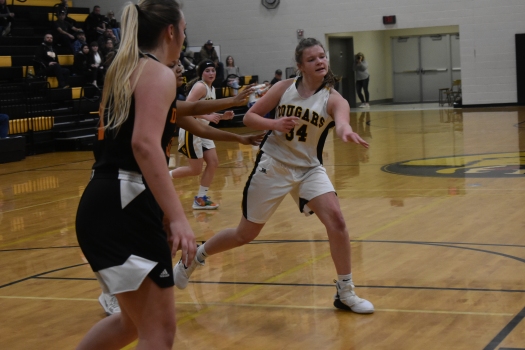 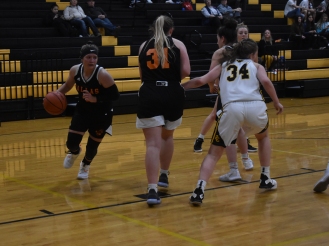