MT. ANGEL, Ore.–  The buzz-saw that is Western Christian awoke in the third quarter of their 70-58 win over Kennedy Monday Night.

The Trojans had came out in the opening half on the mental-high from their 62-61 win over Columbia Christian Saturday to cap the Kennedy Classic, spreading out the Pioneers press defense before attacking the heart of it to build numerous nine-point leads during the second quarter.

Western Christian got to within four before Kennedy pushed the lead to 32-26 off a pair of Bruce Beyer free throws.

For a squad that lost size in Rocco Carley and Nick Suing from their fourth-place team, they’ve been using Saturday’s and Monday’s especially in finding their identity.

“We’ve been finding our identity with our three-point shooters, last year we lost a lot of big’s so we need to start nailing those shots this year,” said Kennedy’s Luke Hall. “We got to keep the floor spacing up.  Keep passing, moving the ball around and when we started to go through the drought…we were stagnate.  We didn’t move the ball around well, no spacing.  It’s almost basic.”

That drought Hall mentioned happened coming out of the locker room for the second half.  Their spacing disappeared, didn’t move the ball around and the press defense turn Fastbreak offense of Western Christian proved beneficial for the Pioneers who quickly bounced back from their slow start.

What started as a six-point deficit quickly turned into a 52-41 lead by quarters end.  A 21-9 run by the Pioneers that reminded everyone why they’re still one of 2A’s favorite for the State Title come March.

It was the Western Christian-way that helped set the tone to start the second half.

“In the first half we weren’t swinging the ball at all and we had no energy on defense,” said the Pios Payton Richardson.  “But in the second half we came out and pressed, got steals and had energy.  We started moving the ball, getting rebounds.  All the effort that most teams don’t…that’s not their normal formula, that’s how we play.  That’s how we play.”

Just as much as it was a learning experience for Western Christian, who saw Richardson (16), Alex Nicoli (16), Austin Sladek (12) and Ethan Halgren (10) score in double-figures, on starting off slow against a familiar opponent; the third quarter slow start too was a good learning experience for a Trojan team too hoping to return to Pendleton this postseason.

“We got to put it in our brains at halftime coming into a lead, we got to comeback in the second half staying hungry,” said Hall, who scored a game-high 24 points for Kennedy.

The Trojans hung around and made a push late when Richardson fouled out with 3:47 left in the game, getting the game to 61-55 with two minutes remaining, but they couldn’t cut it any closer as the Pioneers shut the door on their Tri-River opponent.

Beyers finished with 12 points for Kennedy, Brady Traeger and Riley Cantu each had eight points in the game as the Trojans travels to Culver Wednesday and to Colton Friday.  The Pioneers are at the Dayton Tournament Thursday where they’ll tip off against Pleasant Hill at 4:30pm at Dayton High School. 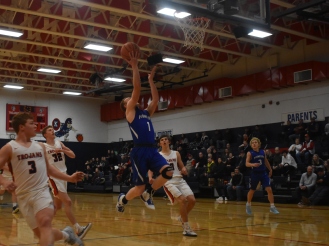 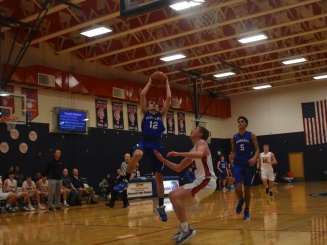 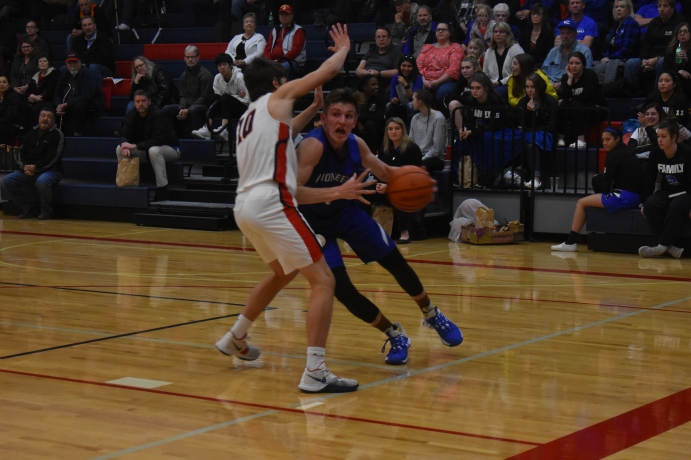 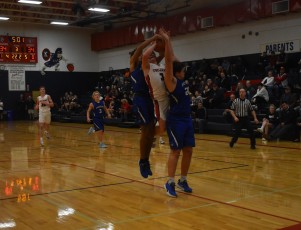 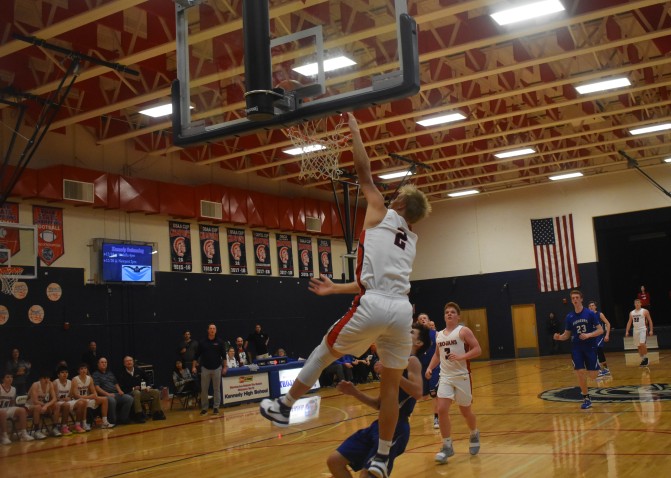 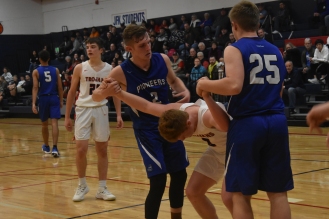 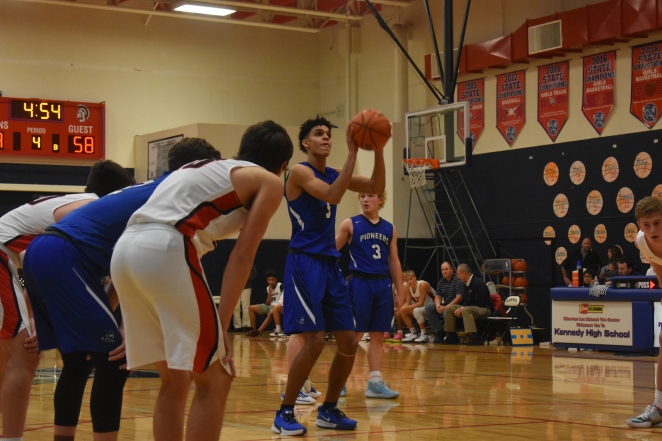 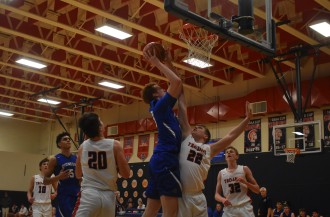 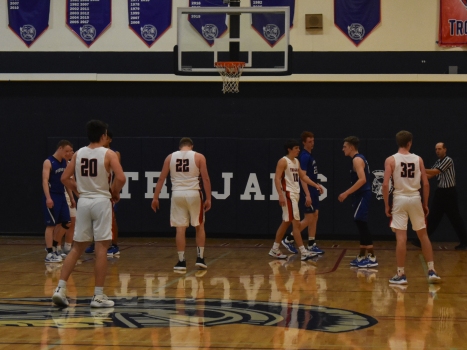