STAYTON, Ore.– The feisty Regis defense in front of them made sure that Santiam weren’t going to duplicate their 100-point performance from Monday night against St. Paul.

Matter of fact, the Rams defense held the Wolverine offense that scored 64 points in the first half two nights ago to 32 in Santiam’s 54-39 Wednesday night.

“It was great to see the change from last year, it was so bad last year but this year we’re making improvements.  We’re working on it in practice and I think we’re going to make the change this year,” said Regis’ Tyler Voltin.

“It wasn’t crazy, but I feel like they were trapping when we got to the top of the key,” adds Santiam’s Chaz Storm of the Rams’ defense. “And after we found out how to break that it was easier to get up a shot because we were able to take it to the opposite corner.”

Voltin and his Rams defense team found themselves down an manageable 32-19 at the halftime break knowing a break here and there could get them back into the game against the undefeated Wolverines team that came down the hill from Mill City.

That third quarter though, as Santiam figured out Regis’ defense, were able to start getting some open shots and converting on those opportunities.

Of those 15 third quarter points, Storm had 13 of them as the sophomore went on to finish the game with 19 points in the game.

“It was a relief when we were adding onto the lead, it made it a lot easier to play,” said Storm.

Colin Thurston finished with 11 points and Aiden Aerni contributed another eight for Sanitam as they start the season 4-0.

Jakob Silbernagel scored seven points and Voltin had a team-high 16 points in the game for the Rams.  For Regis, the frustrations are there knowing how well they performed defensively not to come tofruition on the other end of the court with made shots.

“It’s very frustrating, but its going to come,” said Voltin.  “It’s just little pieces that we need to put together.  Our helpside wasn’t the greatest, but we’ll work on that in practice.  We’ll work on more stuff in practice and hopefully get it together by Friday, the rest of the year after that.”

They’ll get another crack at it Friday when they travel to Chemawa in Salem to play the Braves.  Santiam travels to Vernonia to play the Loggers on Friday. 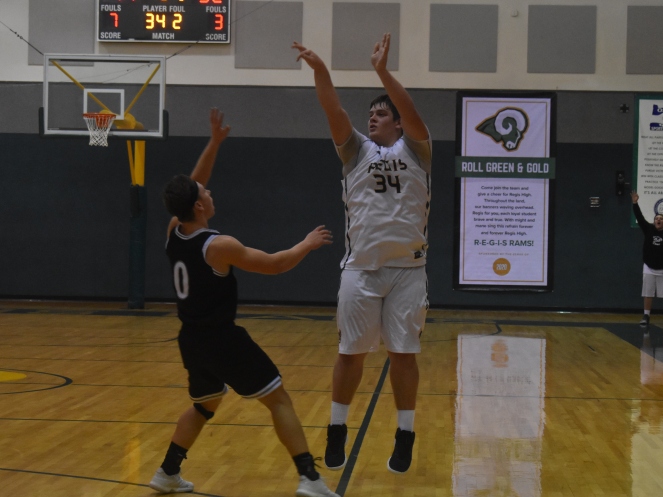 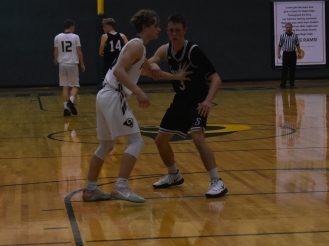 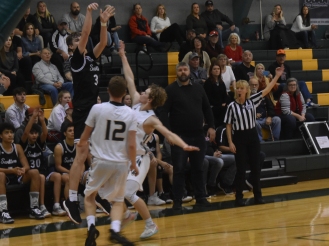 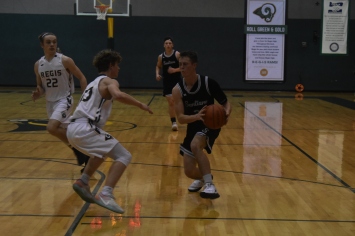 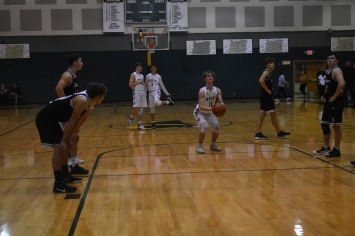 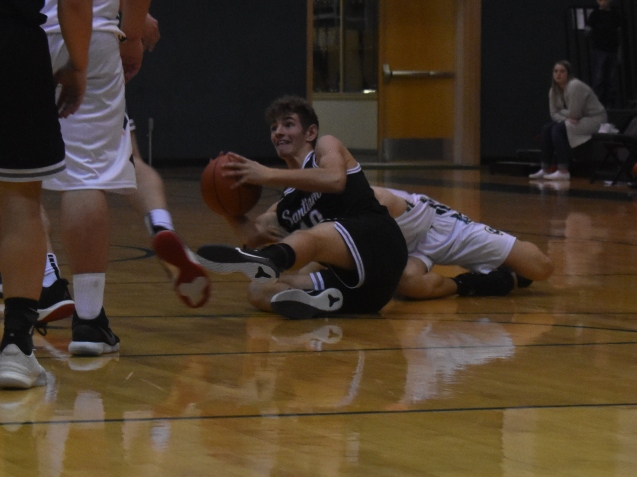 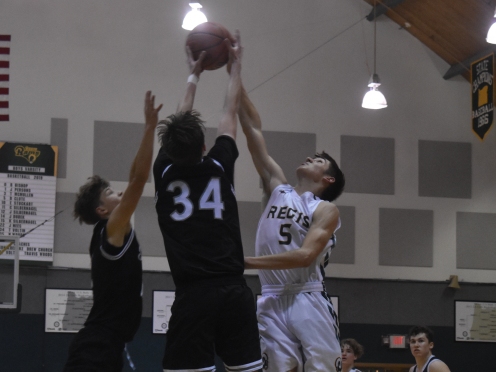 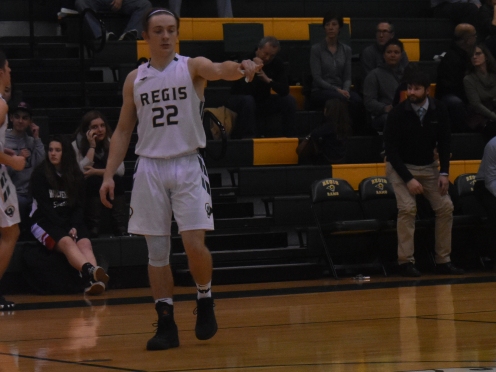 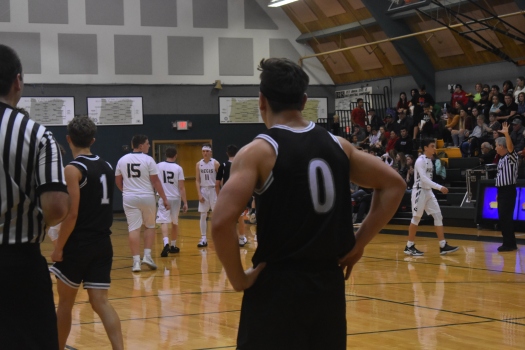 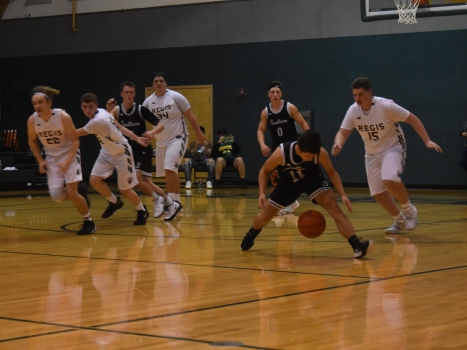 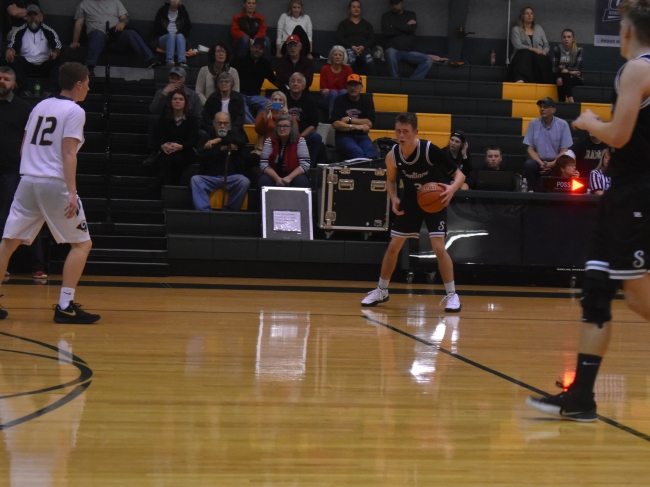 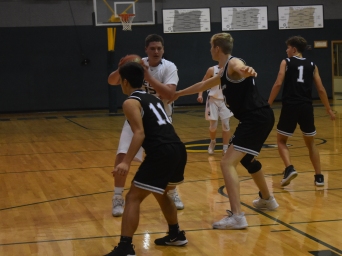 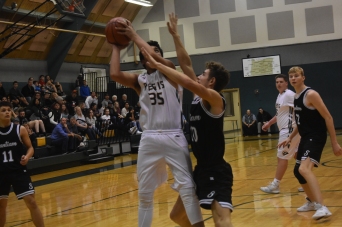 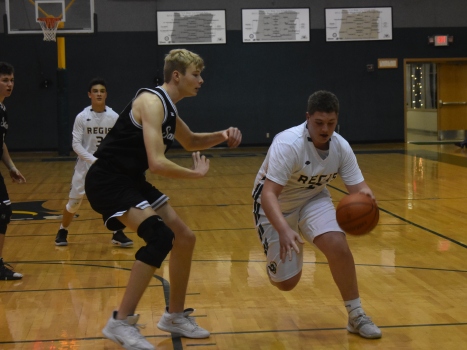 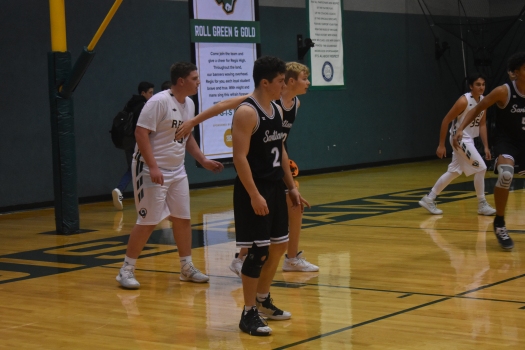