SALEM, Ore.–  The biggest difference in their 65-55 loss to Santiam Christian in the first round of the 3A playoffs was their rebounding game.

“Boxing out, it’s important because last year we played Santiam Christian, they got a lot of second chance points and it helped us not win the game, so we really need to get our rebounds,” said Luke Miller.  “We got some big’s this year, so we can play through them and we got some good shooters.  We just got to dial down when the game comes and hit our shots.

“Also we got to hustle on defense, that’s going to be one thing.  We got to lock down on defense because that’s how we’re going to stop good teams like  De La Salle (North Catholic).”

The Knights won the 3A State Championship in 2019, their second-in-a-row as De La Salle defeated Amity in the finals.  The Warriors, Dayton and the Crusaders all made it to the postseason last February with Amity and the Pirates making it to Coos Bay in the first year of the newly re-aligned PacWest Conference.

And with an year under their belts of playing with each other, the league should be as competitive as it was last season this year.

“I think that’s good for everybody in our league.  We’ve got a year of that league under our belt.  As much as we can, we know what to expect,” said Head Coach Ryan Kendall.  “Dayton’s Dayton. Ron (Hop) is a great coach, does a great job with his kids.  Amity’s coming off a great season, they lost a couple of kids but Scott does a great job there.

“Max (Goodwin at Blanchet Catholic) always gets as much out of his kids as possible.  Scio as well, you know your going to be in a battle with them and YC’s going to be better too.  They got some kids coming up, we’re going to have a nice league.  It’s going to be a battle every night.”

Shooters like Hunter Schwenke and Miller.  Big bodies like Michael Pass and Bennett Bos with younger guys coming in to fill the void left by a Hayden Wakefield (graduation) and a Cole Hardy (transfer to South Salem) this season.

“It’s nice to have returners with starting experience.  I’ve got some young guys that swung last year as freshman and that are sophomores this year who are moving up as well,” said Kendall. “We lost some players from last year and I’m really happy with what we got returning and what it looks like for this year.”

Now their start of the season will be almost as grueling, perhaps as tough, as playing in Coos Bay because of playing four games in four days when they start Wednesday against Oregon Episcopal.

Salem Academy follows that up with the three-day Westside Winter Jam tournament in Tualatin Thursday when they kick off the tournament against Creswell that will present the Crusaders with a tough challenge to open up the season this year. 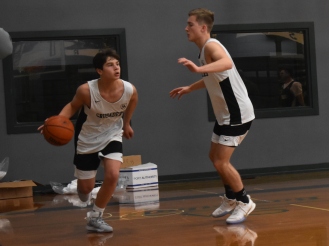 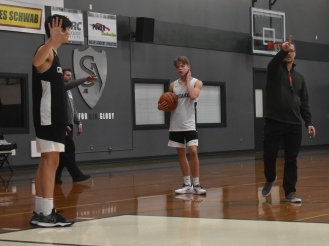 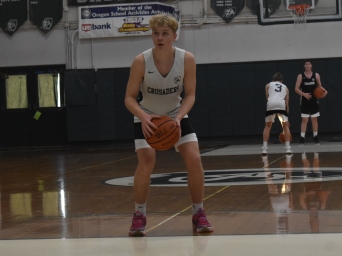 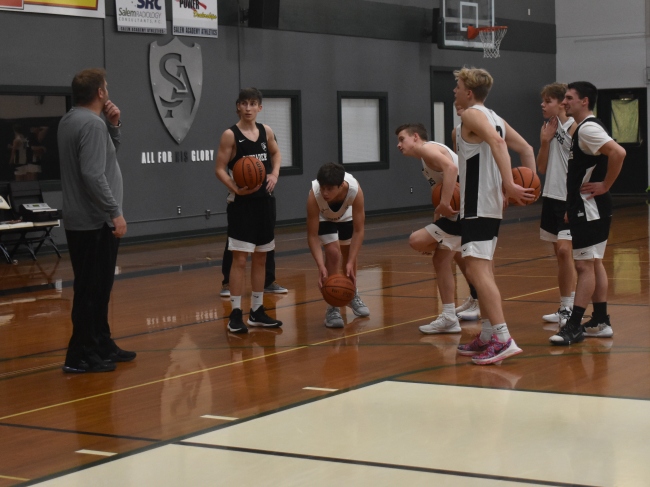 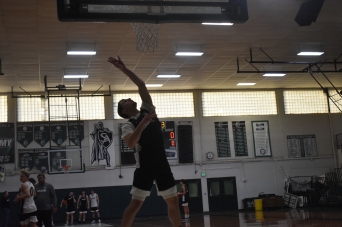 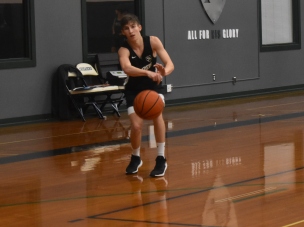 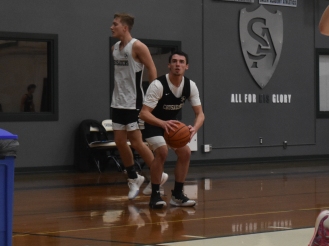 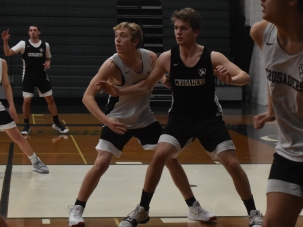 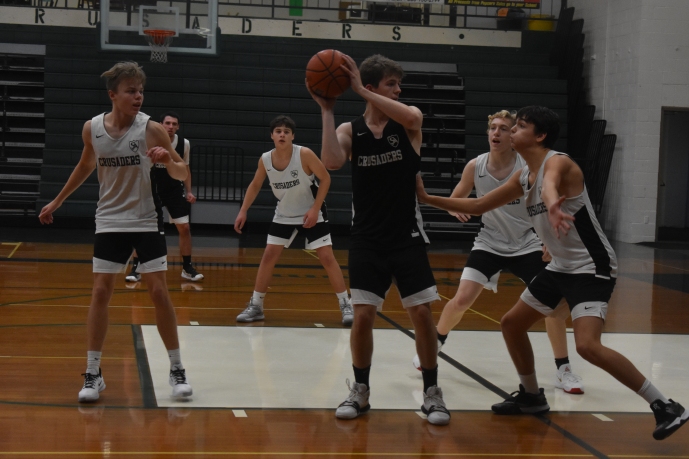