SALEM, Ore.–  Entering the new decade ahead this season, last year’s 15-10 overall season that saw the West Salem Boys Basketball team advance to their sixth-straight 6A Postseason was a good experience builder entering this season.

For a program looking to make a push towards the postseason and the Chiles Center, Justin Scoggin was the lone returner in 2018-19 that saw experience entering last season spoke to how last year helped them out moving forward.

“I thought it was a real good year for everyone to be on the same page to see it for the first time and now this year, we know what’s coming,” said Scoggin.  “To be able to build off of that, I think we have a good structure on our Juniors and our upperclassmen this year just knowing what goes on.

“I think last year it was tough for the younger guys seeing it for the first time against a good South team and a good Sprague team that hit you hard right out the gate.  So last year it kind of opened everyone’s eyes up and this year we know what’s coming.”

The plan has always been for Travis Meyer and his squad is to spread you out and find the right match-up for them to exploit.  Whether it’s in the corner or driving to the hole and kicking it out to a shooter, etc., but it’s a matter of working that strategy within the perimeters of who is on that team that given year.

“We have guys that can do that, and we got guys who do things well, but our skills this year are more…I think our kids are better getting to the rim,” said Meyer. “I think we’re going to be tough for a team to stay in front of us.  If I said that our identity of our team is hopefully, we’re a team that attacks you hard offensively.

Defense will come around for sure as the team gains another year of experience.  Returning guys like a Scoggin, Jackson Lowery, Jack Bennett and Alec Dyson, the height is there for the offense as well as those rebounds as they tip off the season December 6 against South Eugene at home.

With how tough their non-league is with the Axe, Sherwood, Camas (Washington) as well as who they’ll be facing in the Capital City Classic this December, the Mountain Valley Conference aims to be as tough as it was last season with South Salem, Sprague and the Bend schools looking for the League Title and one of those automatic bids to the postseason.

And that starts with limiting their mistakes.

“The big thing for us this year is limiting our mistakes when we play them.  Not getting into how they play and just going in there doing our thing,” said Scoggin.  “Not really worry about the extra stuff and sticking to our game plan, playing with each other and I think that’ll be a big thing for us.  Just staying on our core.

“I think we’ll do a lot of good things if we limit our mistakes and play as hard as we can.”

Tip-off against South Eugene will be at 7:15pm following the girls game against Liberty at 5:45. 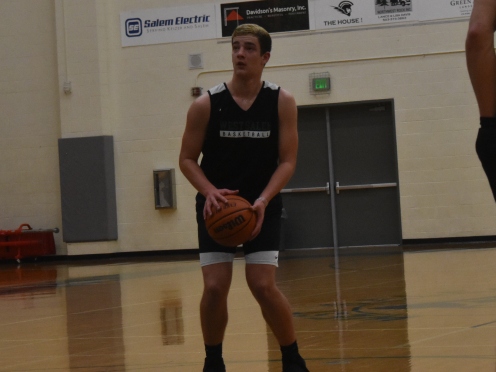 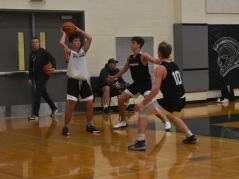 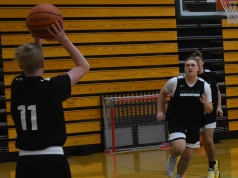