SALEM, Ore.—It’s hard to replace eight Seniors in general if you are a Varsity basketball program. It’s even harder when all eight played an important factor to getting to the 6A Play-in round that Winter of 2018 year for the McKay Scots Boys Basketball team.

Malachi Sterling was a freshman swinging up for former Head Coach Dean Sanderson that year where the Scots reached the Play-in round. He was also on the squad last season that went 0-24 as a sophomore.

To say the least last season was a trial-by-fire for those returning and moving up to fill those eight senior roles left behind to get that necessary experience to re-lay that foundation laid before for those two playoff-caliber teams in 2017 and 2018.

“We really had a down season, but this year we have a really good opportunity to make a name for ourselves. Prove that we can compete with other teams and not be the team that everyone looks at like, ‘ah I’m going to beat them blah, blah, blah’ and go out and compete every game,” said Sterling. “Just go out every game and get better. Work with what we can work with. Be coach-able.”

With Sanderson stepping down and KJ McCrae coming in to fill the void left by the longtime coach, the Summer League action was crucial to build some momentum heading into the 2019-2020 season.

“The summer was pretty much little workouts, just defensive stuff that will help us a lot this year,” said Dillon Brady. “I feel like having those workouts in the summer got us working together and having these workouts before the try-outs really worked for us. Build trust in each other in what we’re doing.”

And yes each year’s team are different. McKay’s team in 2018 was different from that in 2017 and this season’s squad is different from last years squad. The trick is to take the positives from prior experiences from those years and bridge it into this season.

“I just feel like, looking back on those team and what they were good at and we can use that to fuel ourselves and use that to get better,” said Sterling.

Sterling and Brady are just some of the names on the Varsity squad this season. Joining them includes Brian Coburn, DeAndre McCrae and Ivan Gutierrez to name a few entering their season-opener December 6 versus North Salem. 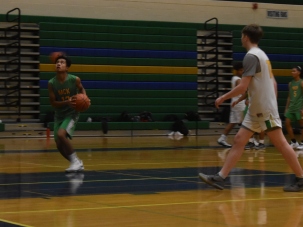 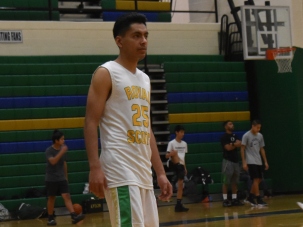 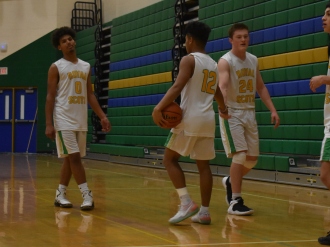 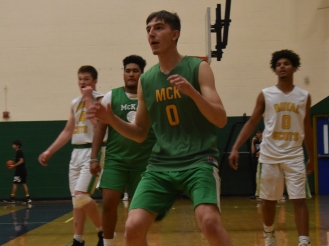 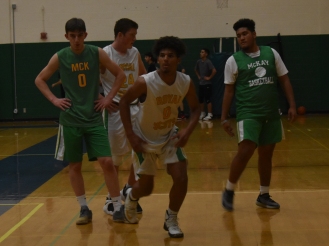