SALEM, Ore.– Here is the scary thing about last year’s South Salem 20-6 team, they return all but one including the Co-Mountain Valley Conference Player of the Year in Hilary James.

Entering his third year at helm after taking over from a legend in Nick McWilliams, Adrian Lewis was impressed to see the team go from 12-13 his first year to league champions his second year as they start the second practice of the season Tuesday.

“It’s been awesome, faster than I thought. I had plans of doing well here and Year two we became league champions. It doesn’t happen overnight, we’re still building. I wasn’t happy with everything we did last year, so I’m still hungry to repeat as league champions,” said Lewis.

But as much as the MVC-title and bringing home some serious hardware in league awards, their second-round exit to Beaverton put a damper on what was a great season for the Saxons.

“For me it really motivated me. We didn’t face a lot of tough Top-5 teams in State all season, but facing Beaverton really gave us that kind of drive to work harder,” said Gretchen Olson. “We now know who we’re going up against this season. I think we’re prepared for that, we prepare each and every day.

“I’m excited for the opportunity. We have Beaverton the first game of the PIL, we’re excited to work on what we need to work on and remember that game last year.”

The PIL Tournament, the Holiday Hoops Classic at Franklin High School, starts December 27 with the Beavers on December 27 at 1:30pm.

And what’s great, the Junior Varsity team that went undefeated last season have came back out to challenge the returning Varsity lineup and 46 girls who came out for the team this season.

Lexi Dalton, Halley Barram, Jackie Wadsworth have and will challenge the Varsity returners like an Olson, James and Victoria Stafford to prepare for those Top-8 teams like the Beavers, a Southridge or a Benson.

“Having a good JV squad means we have a better squad to go up against during practice and they’re fast,” said Victoria Stafford of the JV squad. “So having that fast-pace to go against, that’s definitely going to help because teams aren’t slow anymore, they’re hella fast.”

Lewis’ plan outside of that fast-pace offense he expects to continue into this season from last, he hopes to have a better mentality for his team while giving them that confidence that they can go up against any team in the State.

And with them opening up the season at Sunset for a jamboree December 4 before tipping off the season at South Eugene December 6, there will be a good chance that girls like an Olson, Stafford and Zoe Fry will be looking to help out their star guard in James. With how talented James is, teams will be double or triple-teaming the point guard which will challenge the squad to make plays around her.

“It’s really important. Hilary and I are best friends so we have a lot of trust in each other,” said Olson. “So just continuing to develop that chemistry on-and-off the court is going to be super important. But we know we got each other’s back, so we’re not too worried about it. 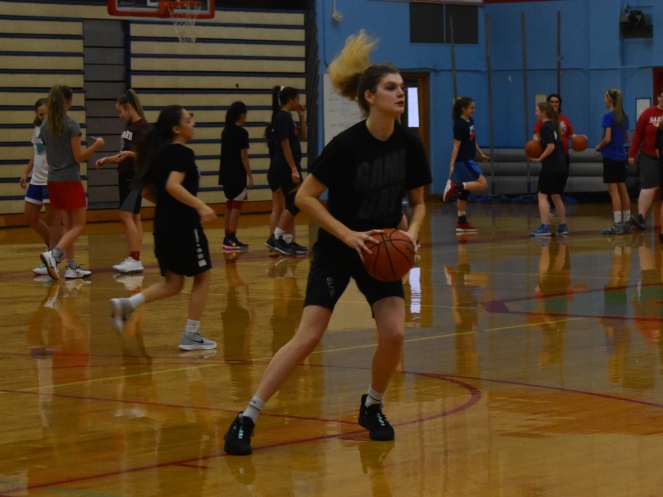 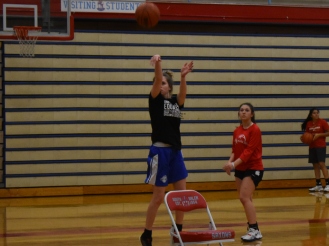 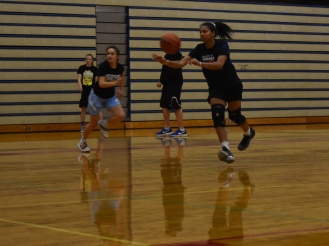 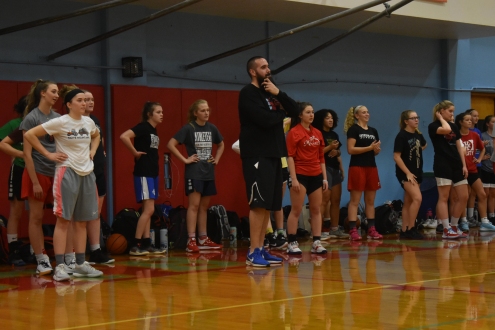