GERVAIS, Ore.–  There was a rumor that freshman Izzy Boyd has a fiery, competitive side to her as Gervais’ Girls basketball season kicked off Monday evening.

For a squad coming off of their second Field of 16 appearance in three years and as much as Boyd’s hatred to lose, the freshman laughed and joked that she may need to cool it on how competitive she really is.

“I’m really excited.  I’m really hoping to play Varsity and help motivate our JV a lot, I hope to be a leader and work on being less competitive,” smiled Boyd.  “I try to go for every ball, I try to play as hard as I can and I don’t like losing.  Definitely being so close last year will fuel us this year for a few more wins and our goal is to make it.”

Boyd is expected to be one of three swing players for Kyle Buse’s squad this season that are looking to build from their tough 69-47 loss to Grant Union back in February.

“I think having a freshman come in with that competitive atmosphere  and her competitive mindset is going to push our already fiery team,” said Buse of Boyd’s competitiveness.  “She’s not afraid, she’ll tell people what she thinks.  She’s going to get people going and I think it’s going to give us the juice that we need.”

Of course, one player doesn’t make a team.  But it could take one moment in a game from that one person to flip the script for a team to swing the momentum.

The idea behind it is that, said Buse, they will have to run through many ‘walls’ to get to where they want in a trip to Pendleton and to go after one of the trophies there.  Walls in preseason like the Vernonia and Pendleton tournaments in season.  Walls with league with Kennedy, Culver, Western Christian and Santiam.

Facing those challenges and busting through them with the destination ahead of getting to Pendleton in March for State with the core they have in the Vasquez sisters, Katie Hanson and Lilly Welburn to achieve their goals.

“We can’t approach them lightly because we’ve done that in the past seasons and it knocks us back.  Grant Union is one of those walls and we want to push through that.  It’s on everyone’s minds, we’ve talked about it in the weight room today and we’ll see how we continue that motivation.”

The Cougars open the 2019 season December 6 at Vernonia for the Vernonia tournament before hosting Yamhill-Carlton December 11 as part of a three-game homestand.  The TRL starts for Gervais in that stretch with Chemawa (December 16) and Santiam (December 18) before the Pendleton Tourney. 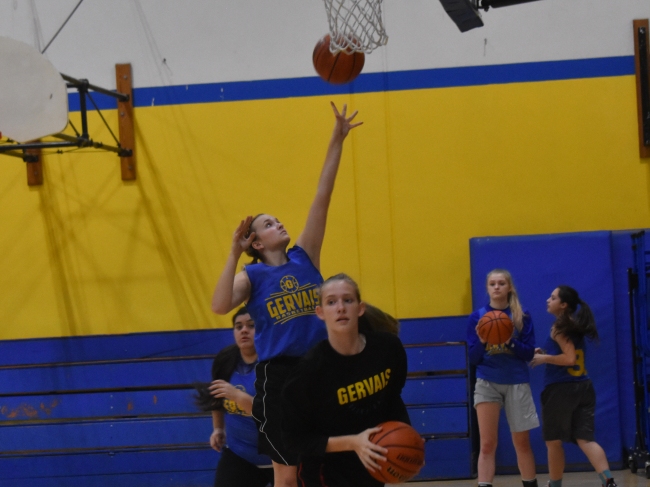 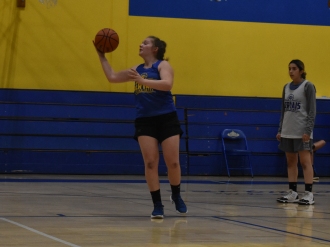 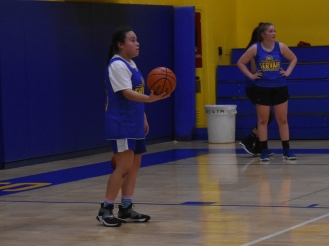