‘Back-to-back’ was heard as the student section stormed the Saxon turf field as the Celtics, after their tough preseason, have wheeled off four-straight wins entering the 6A Playoffs next week

“This is huge for us it’s our senior year.  I know for our Seniors, this was a huge game and I really believed that really wanted this one,” said Celtics Junior Walling. “We worked hard this week and I had a great time.”

Walling rushed 29 times for over 200 yards with four touchdowns in the win as the Oregon State University-commit put McNary on his back early and often in the Celts win Friday night.

With the eyes on him, Nico Sandoval who touched the rock ten times and Quarterback Erik Barker nine times against South Salem, team’s will be targeting the three-headed beast in the backfield often from here on out.

“I definitely think teams are going to be aware of it, but I’m going to be confident in my line to get my yards and the coaching staff is going to get a good game plan together and we’ll be just fine,” said Walling.

Their offensive line opened the holes for the three and bought Barker time in the pocket the 12 times he threw the ball, Baker completed nine of them.  McNary’s defense bent, but didn’t break against the Saxons offense.

South struck early in the game to take a 7-6 game during the first quarter, but miscues from the young Saxons squad depleted due to injury entering their season finale, resulted in two Izzy Campa sacks, a Griffen Hubbard fumble recovery and an Evan Dela Cruz interception halted somewhat promising drives by South Salem.

“I feel like our offense was doing really good, but we couldn’t convert when we gotten into the red zone.  We made a lot of dumb mistakes,” said the Saxons Gabe Johnson.

Two such red-zone drives were ended that could’ve turned a then 28-7 game into possibly a seven-point game.

And Though they’re losing some key guys like Ryan Rickman in the backfield entering next year, guys like Johnson (eight catches, 99 yards) and Griffin Gardener (14-for-25 passing, 10 carries for 70 yards) will be returning with some more Varsity experience in 2020.

“We got a lot of guys coming back and there is a lot of committed guys.  I think everyone is pretty excited and anxious about next season,” said Gardener.  “We need to be more consistent and punch it in when we get in the red zone.”

South finished the season 2-7 and 0-4 in the Mountain Valley Conference.  McNary, who’s enter the playoffs 4-5 and 4-0 in league, know that their running game is their bread-and-butter to that playoff run behind their line.

The back-to-back championship is great for the confidence yes, they achieved their goal in that, but now it’s time for them to prove they can compete with the rest of the teams in the State of Oregon.  Staying calm and doing their job will be the most crucial thing entering next week’s game.

“We just got to keep our confidence up and just keep going into the playoffs.  Going back-to-back is great, but we need to take the next step and we got to prove that we can play like the other teams in the state.  We’re going to keep doing,” said Barker.  “We’re going to run the ball with Junior and Nico, and that sets up the passing game.

“Now we just got to keep on doing what we’re doing and keep taking the next steps.” 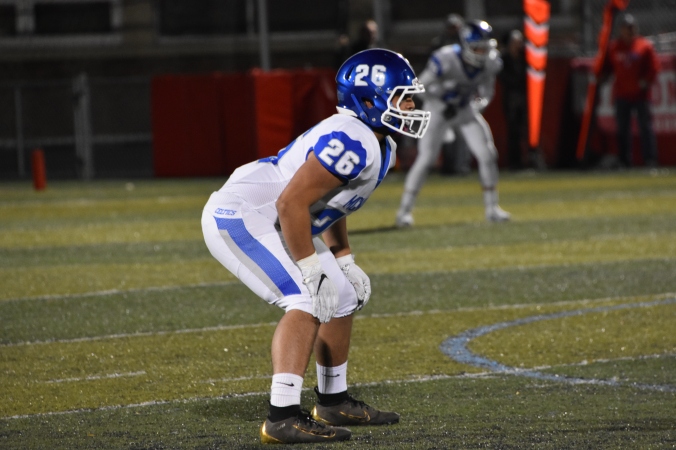 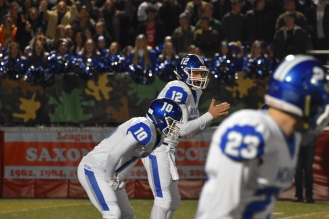 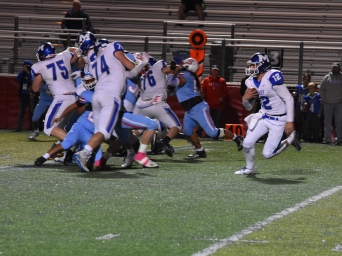 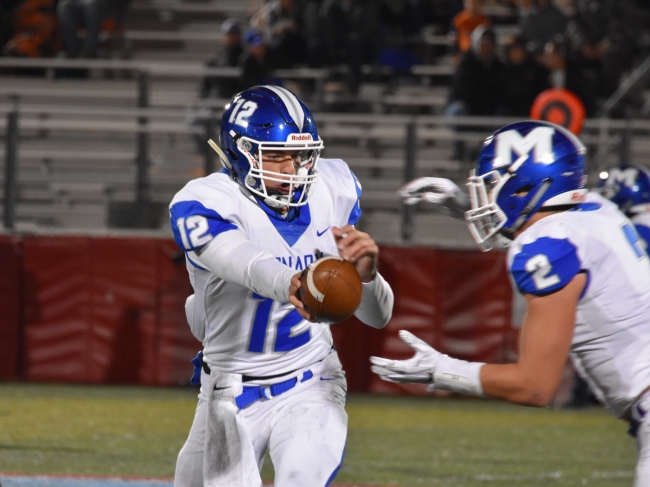 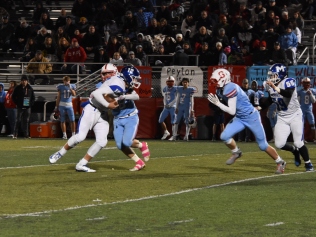 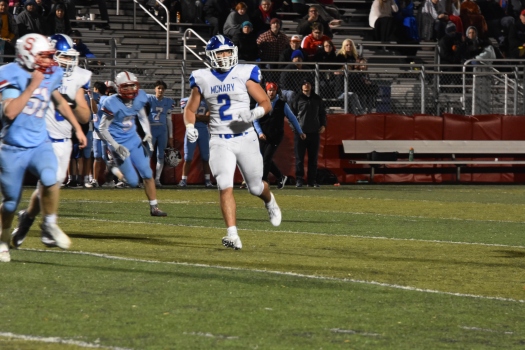