WILLAMINA, Ore.–  All they needed was one more win to get to the 3A State Playoffs, and they got it.

For a program that had a long playoff streak stretching from the early-to-mid 2000s onwards that was snapped in 2013, the Willamina Bulldogs had one State appearance since that 2013 postseason in 2017, their 25-17, 25-22, 25-13 sweep of Taft Saturday afternoon lifted the squad to the State Tournament once more.

“We’ve been working on it all season and we’re super excited,” said the Bulldogs Emma Shrabel.  “It was super close, we had the mentality that we wanted to do it and we did it.”

The Tigers didn’t make it easy for the Bulldogs however Saturday, making a little rally in the first set off of Willamina’s miscues, but it wasn’t until that second set in which Taft made the ‘Dogs sweat it out.

Up 19-8 during the second set, Willamina committed miscues with communication and fielding the ball that their 11-point lead was reduced to 22-20 before they knew it.

“We just had to keep working really hard, for us it’s really great to keep pushing and working,”said Kallie Schoenbachler.   “We’ve been working on not giving up as well.  No matter how hard a set may seem, as long as we keep working and have confidence in ourselves we can push through it.”

The Bulldogs held off Taft in the second set as they exploded for an 19-5 advantage to start the third set in their sweep, working hard to make sure the Tigers wouldn’t extend the much coming off of their win against Rainier earlier in the day.

Now with Warrenton in front of them on Tuesday on the road, it’s back to work Monday and Tuesday to see if third time is the charm against the Warriors at their place.

“I think it’s going to be something to push us forward for years to come.  It’s going to keep encouraging us to work and try our best to see that  hard work really does pay off as long as we make hard goals and really focus on them is something we can really achieve our goals,” said Schoenbachler.

Schoenbachler finished with six kills, Shrabel and Hallee Hughes had five kills each in the win. 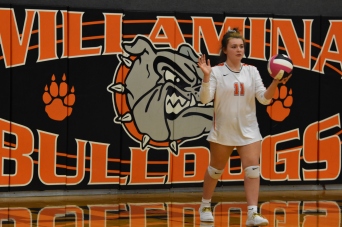 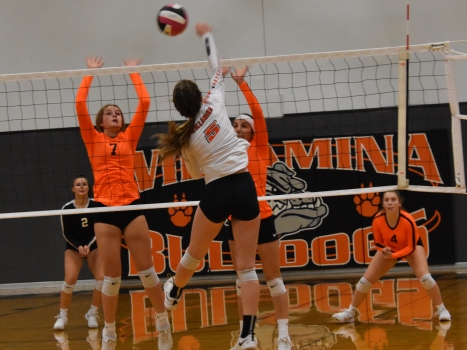 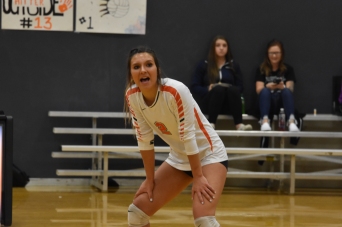 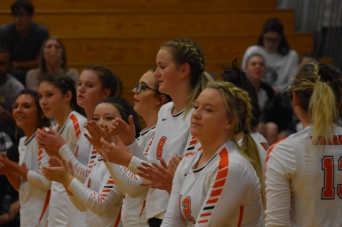