They were coming off a tough third set to the Crusaders in which they were down at one point 9-0 and were not looking to see the set go the distance with a possible fifth set.

“We just started to talk a lot more and we were communicating a lot more.  It kind of brought the energy up and we were kind of able to put the ball down and just played more together,” said Trojan setter Ellie Cantu of the fourth set.

For Kennedy that third set, as they started the fourth up 3-0, was similar to their 6-1 hole they gotten themselves into before coming back to win the set against a young Salem Academy team that lost both of their setters from last season’s fourth-place team.

About halfway through that second set however moving into the third and fourth sets, Crusader Head Coach Melissa Holman changed her two setter 6-2 line-up to a 5-1 one setter lineup that helped them spark the team for that third set win to boost moral and swing momentum for a possible fifth set.

“I think we did better with the consistency with one setter, but we still kind of need to find our rhythm and find which lineup is going to work for us and really build off of that,” said Holman.  “We have not got anywhere near peaking and so that’s a benefit having being so young.  With these intense non-league…we’re going to see good competition that are going to challenge us.  So we should come into our league very strong.”

Holman is uncertain if she’ll go with the one or two setter approach down the road, but she’ll take the set win over the Trojans as her young group develops and grows moving forward.

“You could tell the difference between Salem Academy and Kennedy in that game because Kennedy, they were verbally good.  They were talking the whole game, they’re seasoned, they’ve been working together like that,” said Holman.  “These girls are still so young that they’re learning to talk, that all in itself, is the difference.

“But I think we’re going to get there and (Kennedy) really helped us.  Kennedy is a great team.”

Cantu had two big kills to help Kennedy tie the fourth set at 11 and added another kill to the opposite corner of the court to hand the Trojans a 15-14 lead to show off her versatility as a hitter and as a setter.

And while the Trojans, who are off to a 5-0 start to the season, too still have a lot of work to do.  Timing is a big thing pointed out by Cantu as they head into their non-league game with Central Linn before the Cougar Classic at Cascade High School this Saturday.

“We just need to get into the gym more,” laughed Cantu, who had eight assist in the win.  “We’ve played in a lot of games but we haven’t been practicing too much.  We need to get our team chemistry down a little bit better and communicate more because once we talk more, we just play better.” 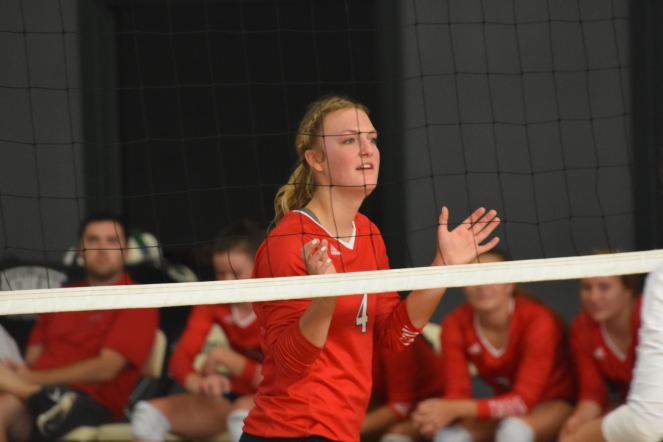 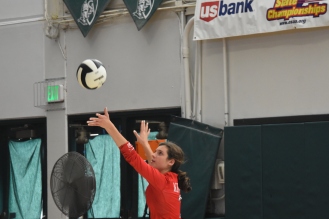