MILL CITY, Ore.–  The Santiam Volleyball team have certainly rebounded well after their 1-18 season three years ago in 2016 with a nine-win season in 2017 before recording 13 wins last season and were on the brink of the 2A State Playoffs.

They were one win away, having played in two league games before falling short of one of the two automatic bids out of the Tri-River Conference when they fell to Culver in straight sets.  Santiam also got to experience seven five-set matches in 2018, including three-in-a-row against Colton, Scio and Delphian while bringing home three victories of those seven such matches as the Wolverines were just a few spots out of the last at-large bid for the postseason.

They’ll be young this season, graduating eight seniors will hurt but returning McKenzie Dodge, Jasmyn Clark and Liliana Lyness to help lead the way will ease the transition for the new girls up to the Varsity level.

Over the summer time, Santiam made the drive to Scio to play the Loggers, Jefferson and Regis in some summer action leading into try-outs while coming together to fill the big holes left by the Senior class that has since left.

“I think that’s helped us see who knows what and what we need to work on as a team and as a family together,” said Lyness.  “We definitely had a lot of team bonding to where we need to be for the season to start.

“It took some time for us to get use to each other and get use to what everyone’s playing skills were.  But with the practices, it’s helped us a lot.”

Communication is still an issue pointed Lyness as they struggle to talk while they’re on the court with one another in the heat of the moment of game action with a week before the games start counting with Scio September 3 in Scio.

And that communication will be huge.  Most teams in the TRL will be returning the bulk of their lineups with the Wolverines having the most turnover.  But with the success from last season against their league opponents, there’s confidence to be able to duplicate it again this Fall.

“It shows us that we have a lot of good competition entering our league this year,” said Dodge. “There’s a lot of returners from last year and I think last year it showed us that if we all work together, if we really work hard then we’ll get as far as we want to go.”

For the three in Dodge, Lyness and Clark, it’ll be work to get back to where they were last season.  But with the young core, the chance to lead by example and leave their mark on the Wolverine program beyond this year.

“It’s going to be a lot of work,” said Dodge.  “We’ll have to really work together and for us as Seniors to show a lot of leadership because we do have a young team this year.  We have a lot of sophomores and freshmen so we’ll really have to step up and make sure we’re all working together.” 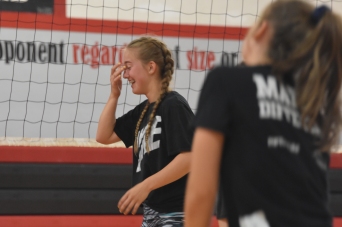 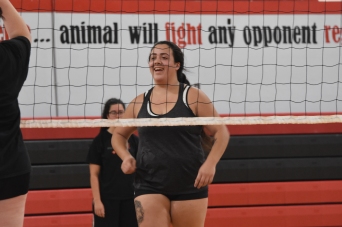 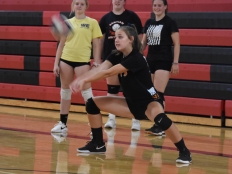