AMITY, Ore.– Not that long ago, March 8 to be exact, Amity’s Maylin Williams went under the knife to repair a torn lateral meniscus suffered in January while playing for the Warriors Basketball Team this past season as a Junior.

Over the course of the recovery process, which was quicker than expected, Williams got the left knee strong enough and ready to go for her Senior Season of Volleyball and saw limited action during Amity’s Summer Volleyball action.

There’s still some swelling in the joint she points, but Williams was practicing Thursday as if the repaired cartilage in that joint wasn’t damaged in the first place.

The downside of those two seniors, Allyssa Plummer and Hannah Hatch, they were in the starting lineup for the Warriors. But the good thing was that the two freshman in Megan Scharf and Bridgette Berkey stepped up and answered the bell in their adjustment to High School Volleyball over the summer time with some additional depth coming in this season.

“We have depth. We have depth where girls do get tired because we are in those long battles with these good teams, that we can put in some fresh blood in there and keep that strength going,” said Head Coach Katelyn Rolston.

Rolston created the challenge to her team over the summer with this idea of picking numbers for line-ups and rotations to see how they respond. They succeeded in the exercise entering Fall practice.

And as they entered the ‘Summer League Playoffs’, faced with presumingly team’s top lineups entering the year from Willamina, Sheridan, Perrydale, Yamhill-Carlton and Dayton, Rolston continued that exercise.

They defeated the Spartans in the bracket opener before falling to the Pirates from Perrydale. Amity started wheeling off one-set wins over the Bulldogs, got revenge on Perrydale before taking down the Tigers twice in the Finals to take the Bracket Championship. It was a good learning experience entering the season of keeping with it through the adversity.

“We pulled it out with the same stragety we have been using all Summer League,” adds Rolston. “Everyone else went with their best-of-their-best lines while we stuck with ‘you draw a number and that’s your team’, so that made me feel good that the girls were able to work through…still playing with their random rotations and winning it. It’s awesome, it’s making our jobs difficult in who should go where in what position.”

That versatility in having different girls in different positions could help them this season when it kicks off on August 29 with the Westside Christian jamboree and really kicks off September 4 at Taft. 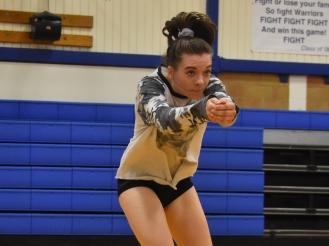 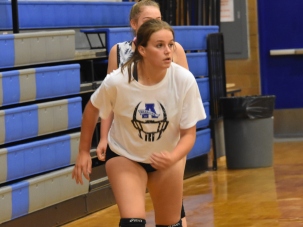