SCIO, Ore.–  When Senior Night rolled around on October 18 against Salem Academy, it looked as if Scio’s Aspen Schudel had played her last game in the Black and Orange Logger colors.

The then-Junior was about to head off to Oklahoma, moving there, only to be back in Scio entering her Senior Season this Fall to raise havoc with her power hitting and skill on the court.

Schudel, who’s been back with the team the whole summer this year, is excited for what is to come this season with their core of youth returning for their 14-8 2018 squad under first-year Head Coach Lori Ramsay this season.

“I think it’s awesome actually because this is probably the best group of Volleyball players I’ve been with,” said Schudel, who went to East Linn Christian her freshman year.  “So just to be able to come back and give it one last umph pretty much.  It’s been pretty cool seeing it evolve.

“We have such a great coach and I think that’s really going to help us with our skill building this year since we do have such a young group.  Like everybody’s mostly freshman, sophomores, it’s pretty cool to see them.  But I think with our new coach, it’s going to really help us improve all of our skills with her passed in college Vollyball.  She knows the game really well.”

Ramsay was an All-American at Western Oregon University in the early 1990s that made the NAIA tournament during her years as a member of the Wolves.

In 2018, the Loggers narrowly missed the postseason after going back-to-back years the two years prior, losing in the opening rounds both years to Cascade Christian and Vale respectively.  But with girls returning from last year’s 14th-ranked team hungry with girls like Bailey Davis, Laurel Otto and Olivia Betty to name a few in addition of seeing Raelyn Martinelli (Dallas) and Ramsay’s daughter MaKenna (Stayton) transfer into the school this summer.

For the younger Ramsay, the opportunity to be in the mix with the team looking to reach the 3A playoffs for the third time in four years has been an easy transition for her in the ‘mock’ try-out format camp Scio held Wednesday evening.

“It’s been really easy because we’re all super supportive, it’s nice being in a good environment and supportive people….I’ve learned how to work with them on the court really well, I fit in really well and it’s just really easy to play with them,” said MaKenna Ramsay.  “I’m really excited for this team and show what we can prove.”

Scio will be hitting the practice courts hard on Monday in preparation for their jamboree at Western Christian on August 29 leading into their first game of the season September 3 when they play host to Santiam. 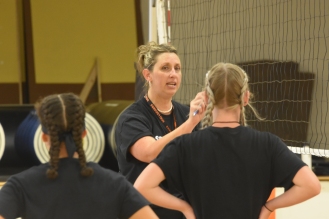 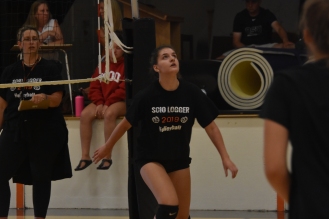 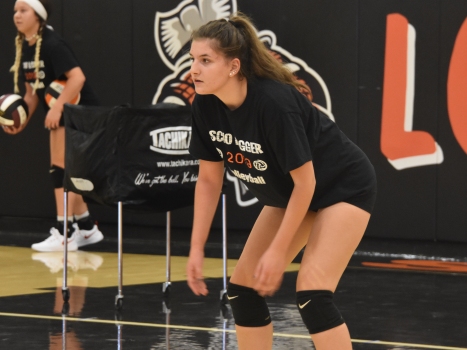 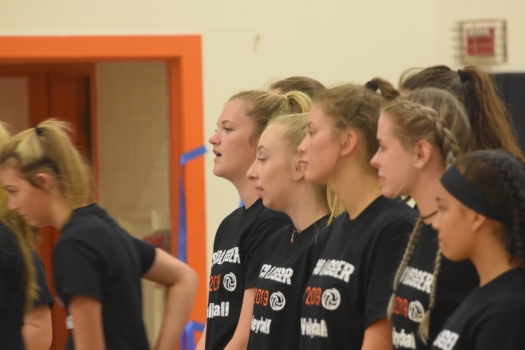