KLAMATH FALLS, Ore.–  It was a matter of time before the offensive support would come around.

After scoring four runs and two runs to start the American Legion Triple-A State Playoffs, Post 20 outscored that total Wednesday with a comeback from behind victory over Beaverton 7-6 to get to Day Four of the State Playoffs Tuesday.

But it was a tough start to the game Monday afternoon at Kiger Stadium for the Dirtbags from the get-go as they fell behind 4-0 after two-and-a-half innings to the Area-2 based Beaverton team.

An early call in the first inning created some challenges as a Erik Swanson foul territory catch and throw in was called fouled in the first inning that had gave Beaverton more chances to take a look at pitcher Eric Kessler with the inning being extended about 20 more pitches after the call.

Kessler and his Post 20 teammates however, stayed within themselves, having already loaded up the bases in the second inning before finally striking in the third with two runs to pull to within two of Beaverton.

“I think I could have done the best I could have possibly done and a lot of things did go our way in the beginning,” said Kessler. “I just kept faith in my pitching and my teammates and just kept plowing through and got through it.  Four runs up against us and I knew that I had to hold them tight here, I just kind of stuck with it and it paid out in the end.”

Kessler pitched another two innings before Emiliano Alacron came in for relief in the fifth.  Alacron scored the Dirtbags first run of the game in the third, driving in Blake Arritola to snap the shutout.

By the fourth inning it was a 4-4 tied ballgame after Post 20 loaded up the bases and had back-to-back walks come in to knot up the elimination game at four.  Arritola, Swanson and Noah Juarez drove in runs to hand the Dirtbags the lead over the final three innings with Alacron continuing building the defensive stonewall that Kessler laid the foundation for to help lift Post 20 to Day Four of the Triple-A Legion Tournament.

“We were getting close, we were getting guys on and getting bases loaded.  We were a hit away from putting up numbers and we kept doing that because we kept getting runners on,” said Alacron. “We’re going to enjoy today, but tomorrow we’re just going to reset.  We’re going to have the same mindset, play hard.  If we’re down 1-0, 2-0, we’re going to battle, we’re not going to give up.

“If we keep doing that, it’s going to be hard to beat us.”

The task will be now to pull the upset of Medford, who rallied from 3-0 down to defeat Eugene 4-3 in eight innings Monday night.  A win will put the Dirtbags in a play-in game Wednesday to play the Mustangs for the Title in a one-game sprint for Lewiston, Idaho. 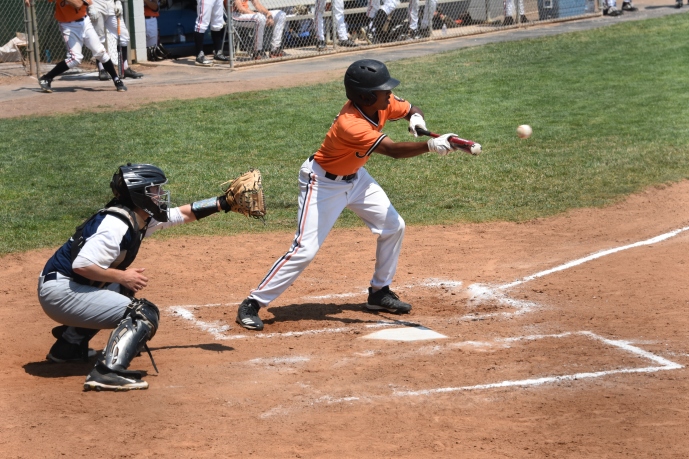 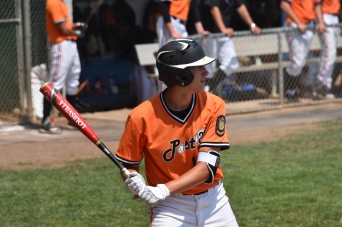