MONMOUTH, Ore.–  It’s the home stretch of the regular season in American Legion Triple-A, and in the Area-3 Standings the Post 20 Dirtbags find themselves in a two-way tie with the Withnell Dodgers ontop of the league standings at 7-1 overall.

The Dodgers and Dirtbags won’t meet, in essence with the league title on the line, until Tuesday and Wednesday next week.  Withnell has Newport Thursday and Friday this week while Post 20 has Corvallis.

The series between the Dirtbags and Marketmen has already had it’s headaches when it came to scheduling because of the rain Tuesday that pushed that doubleheader to Thursday.  After Wednesday’s first game going into extras with Post 20 winning 6-5, more headaches came around as they have to figure out Game four of the series due to the lack of lights at Western Oregon University.

But hey, they finally got a game in Wednesday.

It took over three-hours, but it got interesting late after Corvallis jumped out to a 5-0 lead on the Dirtbags through the first five innings of the game that knocked starting pitcher and Dallas-grad Eric Kessler out of the game before the inning was over.

Coming in for relief with two outs on the board was West Salem’s Hector Amador, an incoming Junior for the Titans baseball program this upcoming season.  What looked like a seven-out relief appearance perhaps, amounted to be an equivalent to nearly a complete game start for the spot starter this past Spring.

“Our defense played a big part, we weren’t really on early on but we made it work and my defense picked me up.  It’s really the biggest game I’ve ever had,” said Amador of his performance.

Amador hung back-to-back zero’s with the bats of the Dirtbags finally paying off with a Blake Arritola RBI single in the fifth and Ruben Cedillo taking home on a pass ball in the sixth.  Arritola struck again in the seventh with a triple, scoring Braden Allison before Derek Maiben sent one over the fence to tie in the seventh.

With the game tied at five, Amador and his defense stayed locked in as both Post 20 and Corvallis traded zeros into the eleventh inning.  The Marketmen came close in the eleventh to scoring before Amador struck out his fifth batter of the game.

“We stayed locked in, and that’s the most important thing in the game.  We got hits and runs when we needed it,” said Jacob Maiben.

Just as big as his twin brother’s home run was to tie up the game to even get them to extras, the two-out walk to Allison allowed the incoming Western Oregon University sophomore to do what he does best with using his bat.

His 3-2 double allowed Allison to use his speed as Allison slid head-first into home in time before the tag to seal the victory with technically two-and-a-half games left in the series.

And with the series returning back to Corvallis to complete the 3-3 rained out game at 1pm Thursday before Game 3 of the series soon afterwards, Wednesday’s game is a good ‘lock it in’ game for what is to come the next few weeks.

“It’s going to be a fight to the playoffs in general, but this is a great stepping stone for it.  I bet they’re going to be Top 3 in the State Tournament and it’s going to be a battle honestly,” said Jacob Maiben. “But honestly, it’s who can find the bats and runs when they need to be and who can stay locked in.”

Arritola went 4-for-5 with two RBIs, Allison went 2-for-4 and Derek Maiben drove in two RBI’s himself in the win. 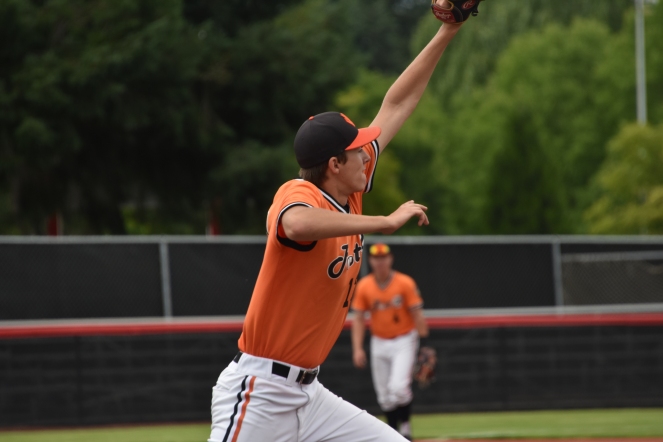 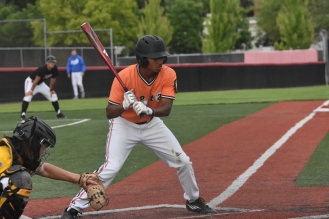 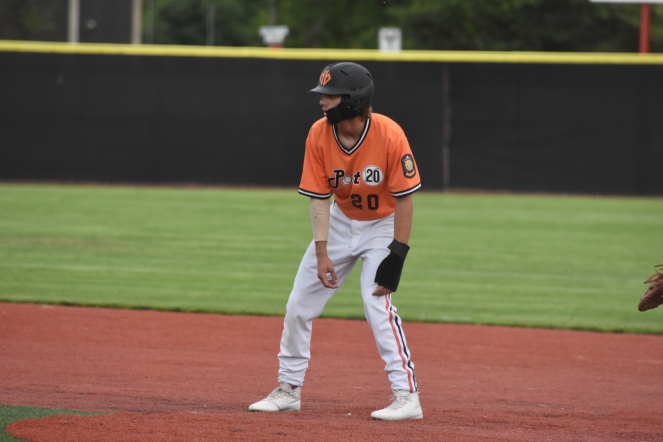 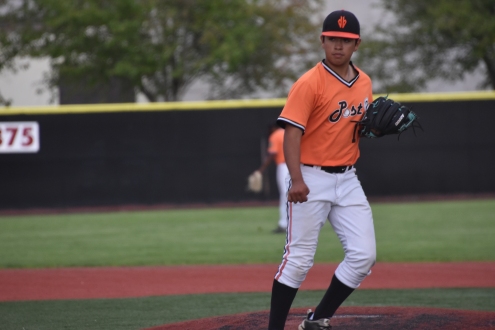 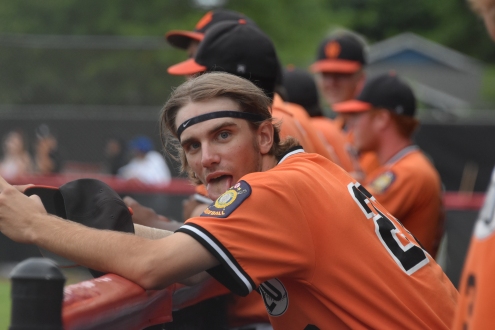 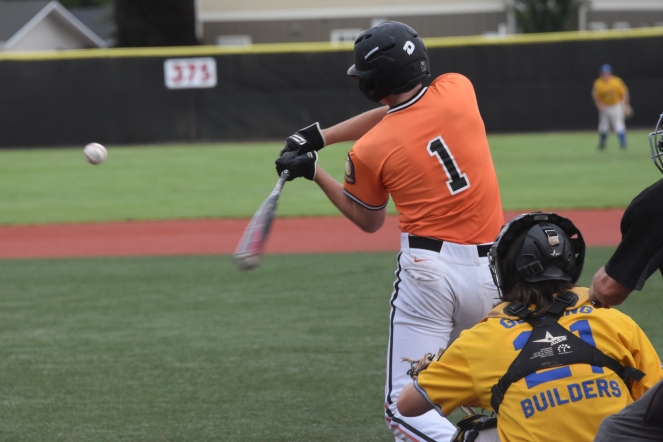 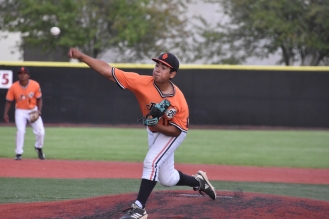 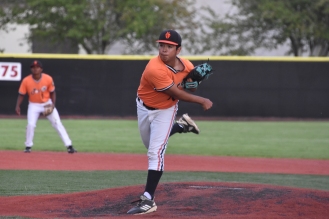 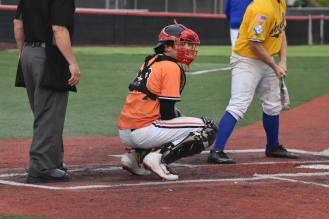 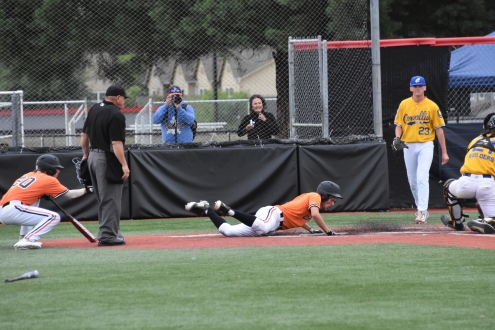