RENO, Nev.– Withnell’s Fourth of July fireworks had almost been outdone as they saw Carson rally back Thursday afternoon in their 14-9 victory in the Silver State.

It was strange thinking about it. Withnell erupted like a fountain firework after going down 2-0 to the Jays firecracker of a first inning with 11-runs scored over the next three innings.

Sprague’s Brett Hassoun settled in after that first with three shutout innings entering the bottom half of the fifth. But as impressive as the Dodgers fountain was, Carson brought out the heavy artillery of the show as they began to turn the game around.

Routine plays by the Dodger defense turned for the worst as some playable balls took a funny bounce on the Damonte Ranch High School dirt as the Nevada sun sunk towards the Sierra Mountains. Their 11-2 lead was now a nerve-racking 11-9 lead entering the seventh inning.

“It was an eye-opener for sure. We need to prepare better before the game and take things more seriously,” said Jackson Hildenbrand, who took over in the sixth inning.

“I feel like after we came in, we had a little Powwow,” add Sean Alvarado on the situation up two. “Like, ‘hey the Baseball Gods are punishing us right now because we’re not hustling. We’re not doing our job’ and after that talk, we flipped the switch. But it’s playing the game at 100-percent all the time without making those mistakes.”

Call it the final bang, the final hurrah, the Grand Finale but there was a renown sense of wanting to win on this Independence Day.

Cole Herschbach was walked to start the inning and Noah Ferguson advanced him to second before Max Long drove him home for their first run since the fifth inning to make it 12-9. The next at-bat, Alvarado sent a fly ball to the scoreboard in left center field that pushed the lead to five entering the fifth inning.

Hildenbrand picked up the first two outs with back-to-back fly-outs, but a line-drive to the arm sidelined the pitcher as Andrew Rogers came in for relief. After surrendering a walk in his first at-bat, Rogers struck out Garrett Benivedez to end the game and sealed the 14-9 win.

And as they enter a doubleheader with NBO Sacramento in Carson City and Federal Way in Reno Friday, the Dodgers know that they need to rely on their bats to back-up their strong defense on the other side of the ball.

“Hitting. I mean defense is going to win championships and hitting is going to win games. If we string together hits, get a good lead our pitching is good enough to win us games,” said Alvarado. 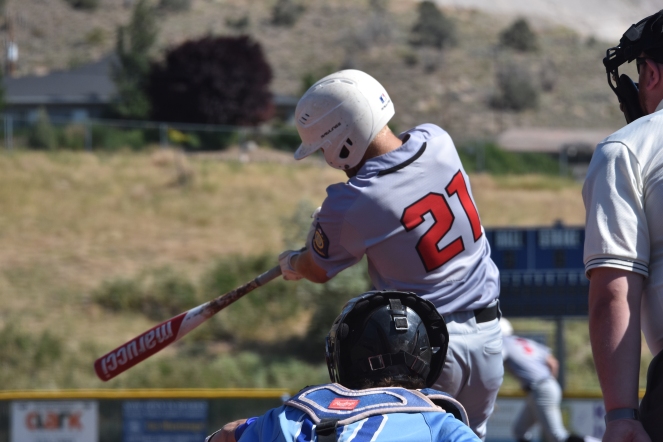 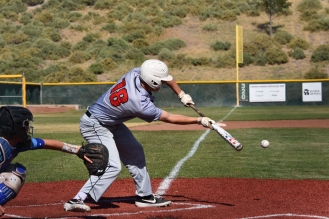 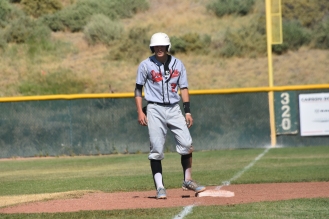 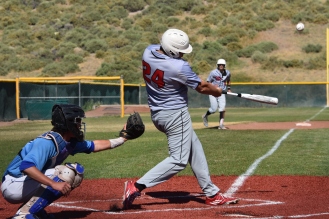 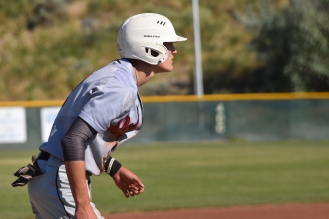 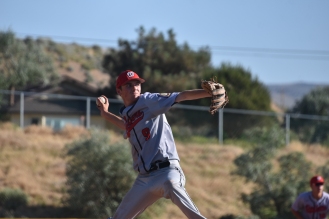 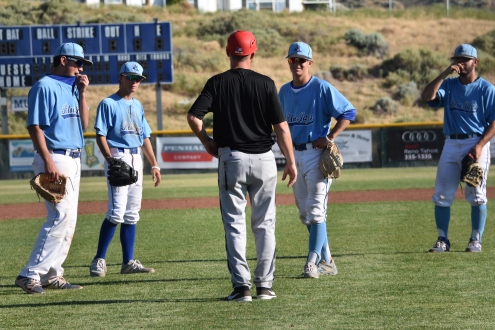 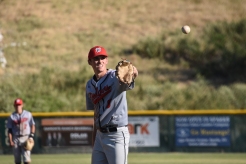 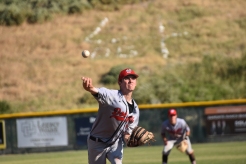