SALEM, Ore.—Injuries last Fall hurt the South Salem season in 2018 as the Saxons went 2-7 overall and 0-4 in 6A Special District 6 Conference play.

Head Coach Scott Dufault reminded his team when they wrapped up their team camp midday Friday that their 2-7 record still burns and that they had 60 days until the season begins.

With those injuries, it forced South Salem to slow it down from what they wanted to do:  Being Up-Tempo.

And during their intrasquad Varsity scrimmage Friday, they did just that with the athlete’s that they had.

“We did some (last year) but with all of our injuries we weren’t able to do it, that really slowed down our tempo last year so we had to play at that slow tempo,” said Ryan Rickman. “But this year we have the athletic ability to do that so we can pick it up on offense and things like that.”

Rickman busted out an 80-yard run during the scrimmage, using his vision to work and bouncing his way to the open hole at the line before turning on the burners down the field before taking some reps on defense at linebacker.

Like with West Salem with the departure of Simon Thompson, the Saxons have to replace their starting quarterback with the graduation of Elijah Enomoto-Haole as Griffin Gardner, Jackson Scott and Zach Case battle it out for the starting job entering the 2019 season.

Gardner saw a fair amount of action with Scott and Case working in some reps at the quarterback position during the scrimmage as they look to step in as the starting role, the competition is good Gardner said.

“Competition makes everybody better,” said Gardner.  “It’s very nice, it’s definitely a different mindset and it’s more of a ‘go-get it’ then ‘get your reps when you can’ type of thing.  Everything definitely goes into it.

“Every week is a competition; you don’t know when your going to lose your job or when you get the job.  So, I think if you have the mentality of having to win your job, then it makes everyone better.”

With the three-headed monster at quarterback and the on-going competition, it helps out come the season if one goes down, one of the other two can step right in without missing a beat.

“Last year, we only really had one quarterback and that was Elijah because Griffin was still a freshman so he was learning everything and it was a lot for him to handle,” said Rickman. “With all the options that if someone gets put into that situation they’ll be ready for it.”

With 7-on-7 starting the week after the Fourth of July break and their jamboree August 30 at Canby, there’s opportunities for each of the quarterbacks to get better and battle it out for the Starting Job while growing with a team looking to rebound and fill the holes left over from last season’s squad. 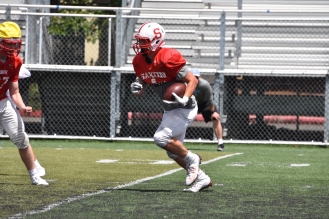 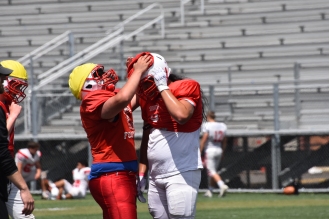 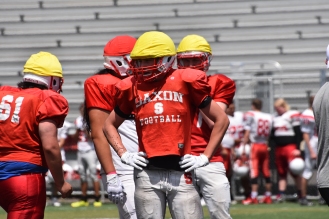 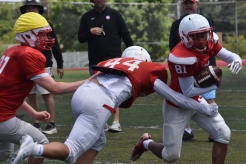 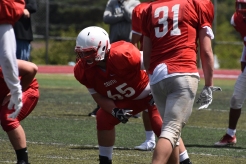 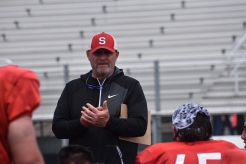