ROSEBURG, Ore.–  It seemed like it was the same story different verse for the Withnell Dodgers Friday when they took on Willamette Valley.

“This one espically is going to leave a sour taste in I think all of our mouths.  But as a pitcher myself, I feel like I need my teammates back better,” said Sean Alvarado.  “I mean I could cash out and said I pitched a good game but that seventh inning is going to stay with me for the rest of the season.  I need to finish for my team.

“My guys have my back that whole game and I feel like we’re going to really build off of this and get the next one because this one is going to hurt.”

Alvarado pitched into the seventh inning, striking out five Titan batter while Cameron Kallhoff and Kaiden Doten each drove in runs each to help hand Withnell the 2-0 lead entering the final frame.

Similar to Thursday night, the Dodgers kept fighting until the final out.  With two outs, Kallhoff and Alvarado each singled to get the tying runs on the base-paths.  But a first-pitch foul ball out ended the two-out rally for Withnell.

And besides the fire from Friday afternoon’s game, there’s going to be some fire underneath everyone entering Saturday’s game with several guys returning from vacation for their game against Roseburg.

“I feel like it’s going to make us hungry, the last couple games we’ve been kind of lackadaisical that there’s no one going to come in behind me.  But now that we’ll have more people, all of our guys I think I think it’ll put a fire underneath everyone’s ass,” said Alvarado.

The Doc Stewarts defeated Post 20 10-5 Friday night.  First pitch for Withnell-Roseburg is at 7:30 in Roseburg. 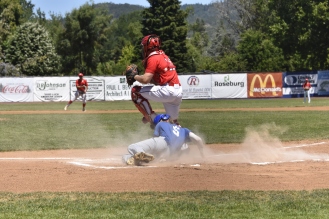 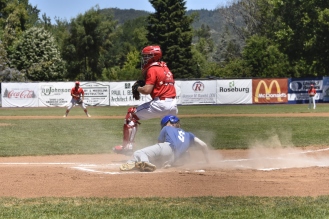 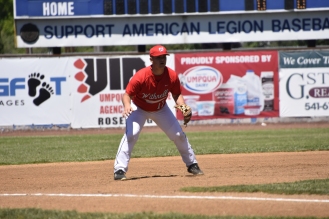 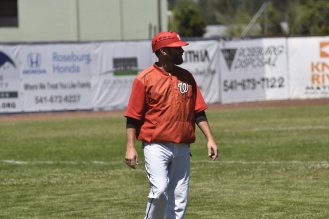 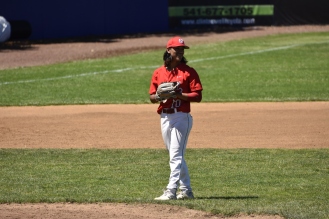