MCMINNVILLE, Ore.–  It was a good reunion of three former competitors, four if you include the Coach on the field, of the old Tri-River League baseball teams Sunday afternoon on the turf at Linfield College.

“It was awesome.  Those guys were all good guys, they play hard and it’s better playing with them than against them because of how hard they work,” said Herberger of De La Rosa, Sendlinger and Lyons.

Herberger, who recently committed to play football for the Wildcats at Linfield, also is coming out for baseball in the Spring as the opportunity gave the Buckaroo-Graduate to scout the turf infield/grass outfield that Linfield has on their baseball field.

Sendlinger, who has been one of those quiet leaders for the Wolverines, saw his hardwork pay-off in the All-Star Series as the Santiam ballplayer won the West MVP award following their 10-5 win Sunday afternoon.

“It was fun, I knew this was going to be my last three games playing in a Santiam uniform so I had to come out and represent our school.  Do what I did and give all I could and came out with a good result,” said Sendlinger, who hit

In the game itself, the West All-Stars scored nine of their ten runs in the fourth (four runs), fifth (two runs) and the seventh (three runs) to turn a 2-1 deficit to the East to a 10-2 lead looking to avoid the three-game sweep from the East squad.

“It was cool on how we got up early and we got to relax a little and have some fun,” said Herberger of the early jump on the lead.

De La Rosa, who was driven in by Herberger in the seventh for the first run of the inning to make it 8-2 West, was roaming the base paths with Moffat in one of the coaches boxes as both of them got to share one last win together.

“Oh man he’s one of the best coaches to walk through Kennedy High and I’m blessed to be part of his way and be a player that he’s coached for four years,” said De La Rosa.  “It’s great coming off with a win, especially coming off a tough loss in the Championship.  But this win will forever be my memory forever.”

The Trojans lost a heartbreaking, extra inning game to Umpqua Valley Christian in the 2A/1A State Championship Game in nine innings on May 31.

Each of the three games of the series were nine innings long, and as both squads defenses held strong through the eighth inning following the three-run seventh inning, the East slowly began to chip away at the eight-run lead of the West.

Three runs scored off of two West errors in the inning as the East had the bases loaded, but as the West got the first two outs through strikeouts the confidence was there that they’ll hang on for the win.

“After what happened in the second game yesterday it was a little nerve-racking, but I knew we would pull through.  Us ourselves are the best players in 2A, 3A and 1A, so I knew we all would come together and we’ll be ok,” said Sendlinger.

The West squad held the East bats to just four runs, just their second inning they scored in after scoring twice in the bottom half of the second inning, as the West held on for the 10-5 win Sunday afternoon to wrap up their High School playing careers.

Herberger also picked up some hardware going back to St. Paul as Herbie got the ‘West Defensive Player of the Series’ award even though he played in one game.

“It’s sweet…I know some of them and they’re fun to play with and it makes playing in games like this super easy,” said Herberger of the award. 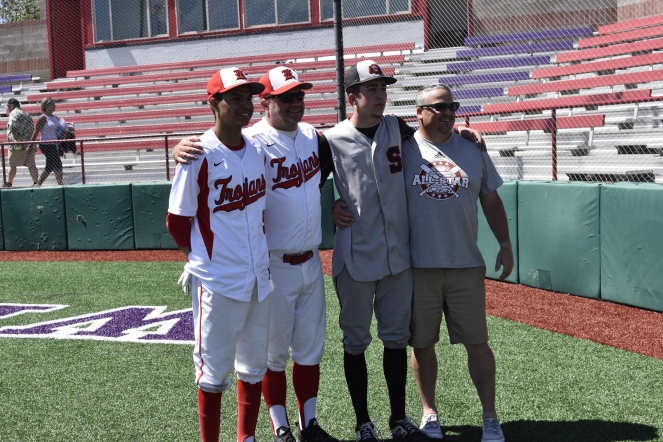 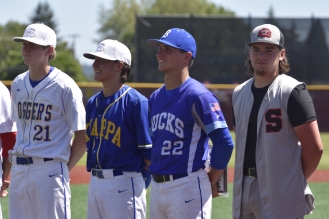 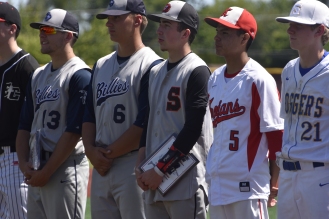 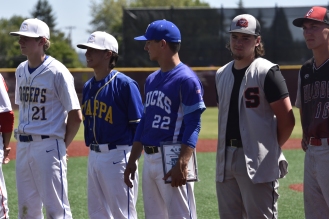 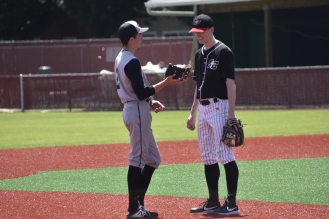 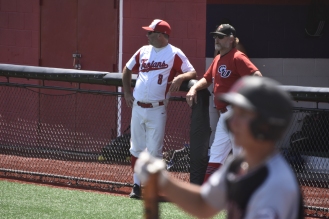 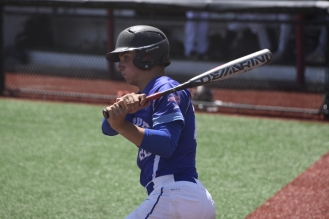 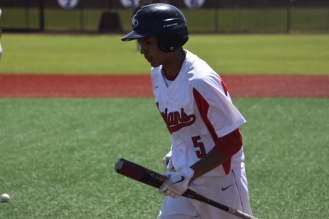 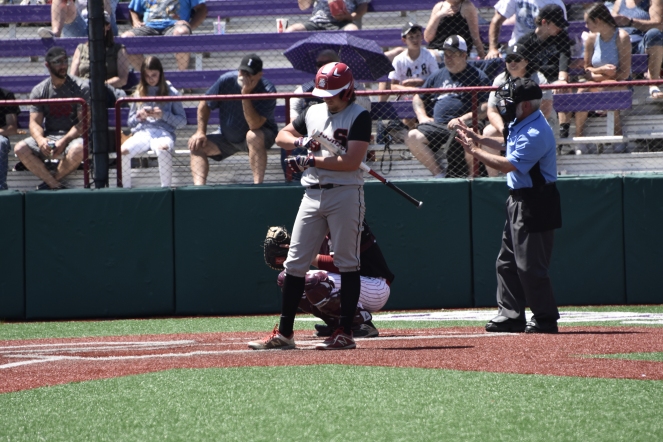 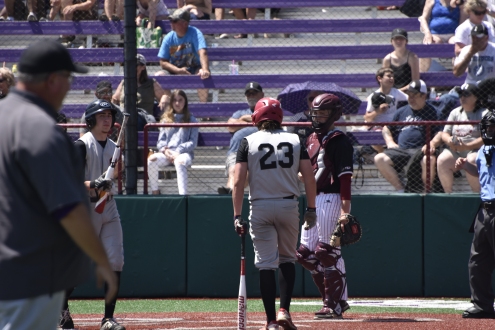 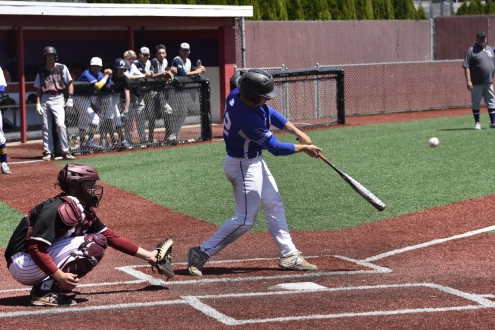 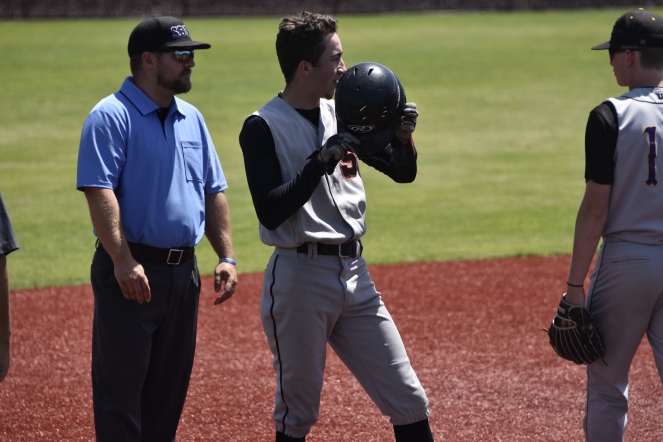 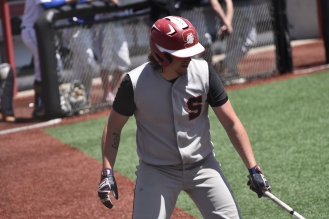 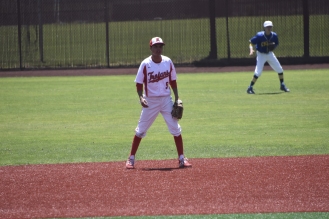 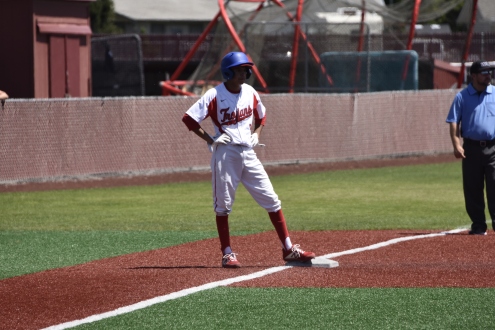 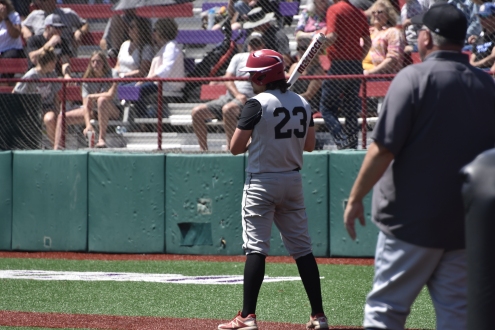