AURORA, Ore.– The North Willamette Valley Single-A team had made a game of things entering the fourth inning against the Triple-A Withnell Dodgers Tuesday evening at North Marion High School.

The Dodgers had jumped out to a 3-0 lead by the end of the first inning. But Brady Hansen showed why he was North Marion’s number two pitcher this past Spring behind Griffin Henry by holding the bats of Withnell to one run over the next two innings.

Hansen, with a RBI double and Ryan Olson with a two-run RBI single, had turned a then 4-0 lead to a 4-3 deficit entering the top half of the fourth inning with a bunch of new faces on the diamond as they kick-off their summer season.

“It was huge for us. It shows that we can come out and compete,” said Hansen. “We just kept at it and we were close there for a minute.”

The Salem-based Triple-A squad quickly loaded up the bases on the North Willamette Valley and North Marion Junior, but Hansen worked his way through it with a groundout and forcing North Salem’s Cameron Kallhoff to fly out.

Kallhoff’s fly-out drove in a run to put the Dodgers up 5-3 in the top half of the fourth inning with two outs on the board.

But over the next 15 batters following Kallhoff’s fly-out, Withnell drove in 13 of their 23 runs in the top half of the fourth inning that turned that 5-3 lead into a monumental 18-3 lead entering the bottom half of the inning.

Head Coach Justin Hoffman put it best to the team after the game, it doesn’t matter who’s in front of them they just need to go out and put the bat to the ball.

“Hoff was just talking about it. It just doesn’t matter, we just keep putting the sticks on it and good things happen. It doesn’t matter who’s pitching, if he’s throwing 90 or he’s throwing 60, we kept the same approach too,” said Will DeLoretto. “We play small ball too, we just hit the ball good.”

Hoffman also reminded them that they’re not the New York Yankees as well. Humbling them that they could easily be on the receiving end of that scoreboard similar to the 14-2 loss they had to the Portland Barbers Sunday afternoon at home as they host Beaverton Wednesday.

“Beaverton’s going to be a good team again. We just got to keep the same mentality as he was saying,” said DeLoretto. “Beaverton is going to come out probably with a dude on the mound, just keep the same hitting approach and we can do the same thing.”

‘Joe High School’ was the mantra for the Huskies last Spring when they reached the 4A State Semi-Final Round, and with a handful of those guys like Hansen and Olson remain entering this summer…Wednesday’s league-opener at Gaston provides an opportunity to flush this game and prepare for the next team up.

The lessons that this game showed them will help them into Gaston Wednesday and West Linn Saturday afternoon to wrap up their first week of the summer season.

“This game does not define us and it shouldn’t. We just got to come out tomorrow and be sharp again and we’ll have a better outcome, we’re not worried about it,” said Hansen.

Hansen had two doubles in the game to go with his RBI in the third inning. Olson drove in three RBIs. Michael Soper went 4-for-4 with three RBIs for the Dodgers and DeLoretto drove in three runs on two hits. 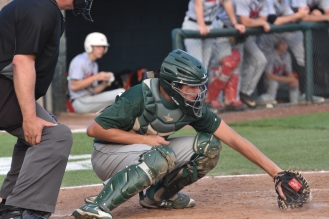 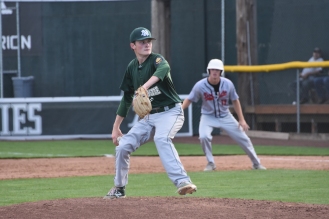 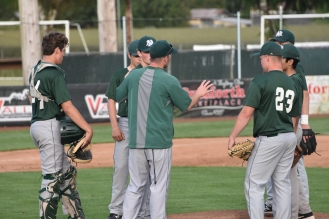 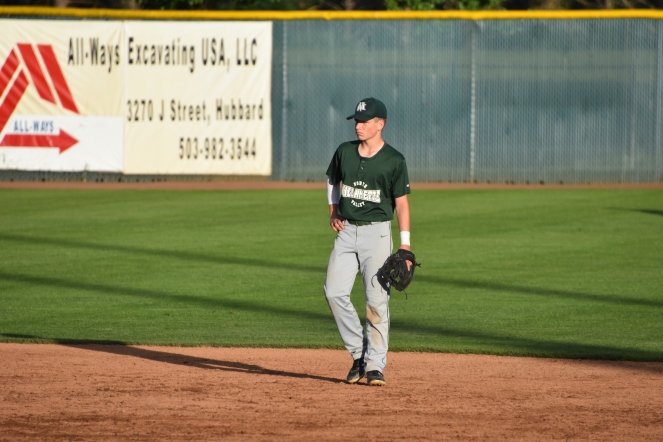 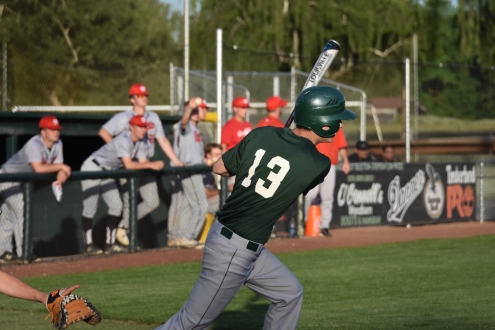