SALEM, Ore.—It was quite possibly the last time that the North Salem home crowd would get to see Chris Lee coach a home game after 20 years at the helm of the Vikings baseball program.

Following his announcement earlier this week of his departure from the baseball program he’s been the Varsity Head Coach for since 2000, Friday’s home finale was more than just Senior Night.

With former players like Max Price, Jared Lund, Noah Boatwright, Reyes Luna and Joe Dixon to name a few in attendance to support their former coach and the current Seniors on their Senior Night against Silverton, there was a sense of the moment as the Vikings fought to give themselves a chance for the postseason and continue their season beyond Friday.

The list of accolades runs on, from league championships (four), a long list player accomplishments and players going on bigger and better things in the game of baseball or beyond.  But all of that speaks to the coach that is Lee and the player development he had with the program going through since taking over in 2000.

“It was a really good opportunity for me.  I’ve always heard good things about him and then I got to work with him in Middle School and all that stuff.  Start to workout with him with the High School team, it’s been a long journey since then,” starts Cameron Kallhoff on Lee.

“He’s been really good for us.  He teaches us how to take the lessons that we’ve do in baseball and take them in real life.  It teaches us how to be better men and be better people and I think that’s one of the few things you could ask for when you have a coach that helps you become a better person.”

Kallhoff and Will Tsukamaki were freshman on the Varsity level four-years ago that saw a then-Senior Heavy team reach the first round of the 6A playoffs before falling to Clackamas 2-1.  Now as Seniors, they need a win against a Silverton Foxes team looking to keep up in the conference standings with Crescent Valley and West Albany for second place in league.

North Salem jumped out to a 10-5 lead after three innings on Silverton with Cameron Kallhoff holding off the strong bats of the Foxes before handing the reigns over to Will Tsukamaki with two outs in the sixth.

Tsukamaki picked up the final out in the frame, forcing Silverton’s Hunter Runion to pop-out to end the inning, but the Vikings couldn’t add to their lead going into the seventh inning.

That’s when the Foxes made it all too interesting for North Salem on this day.  The once comfortable five-run lead quickly turned into a 10-8 nail-bitter with two-outs and the tying run up to bat.

“That team, they’re a bunch of fighters,” Tsukamaki said of Silverton.  “We knew they weren’t going to give up, but we made the plays when it mattered and got the win.”

Tsukamaki and North Salem got the final out to close out the regular season 10-14 on the season and 7-9 in the Mid-Willamette Conference as they await their playoff fates sitting current 15th in 5A following their win against a Top 10 team Friday afternoon.

But if it was their final game of the season, these 10 Viking Seniors won’t forget what Coach Lee has done for them through the years leading up to this moment of their young lives.

“Oh it’s really great.  He’s really helped me and the guys grow as baseball players and people,” said Tsukamaki of his Head Coach. 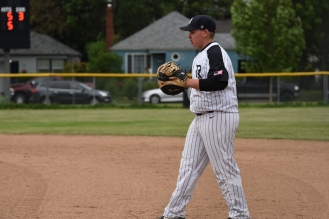 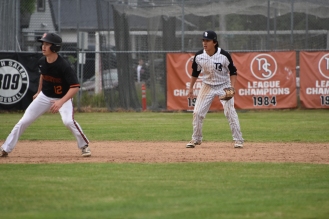 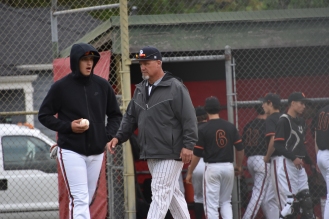 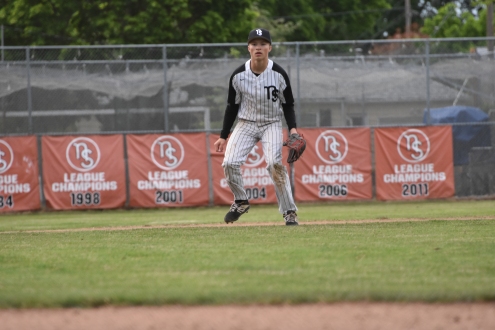