SALEM, Ore.– The momentum from Thursday’s comeback from behind victory sparked Friday’s strong play for Sprague as they closed out the two-game sweep of West Salem on the road 12-1.

The Olympians held a 1-0 lead when the Titans loaded up the bases in the bottom half of the inning, only to see Michael Soper shut the door on the threat and kept the lead in tact.

With third-place on the line and trying to stay alive for the Mountain Valley Conference Title with Bend and South Salem ahead of them, both teams traded zeros in the second.

But it was the third inning where Sprague separated themselves from West Salem.

The bats came around and mixed in a few hiccups by the Titan defense with errors, a simple 1-0 game quickly evolved into an 8-0 game by the end of the fifth inning.

“After the game yesterday we’ve decided that we’re just going to come out with the same energy that we ended with and that’s what we did,” said Brock McMullen.  “It was pretty exciting watching everyone come together.”

“These tough games will make everyone come together and just make us more of a family.  Just going through hard times together,” said West’s Braden Allison as the Titan defense committed seven errors Friday. “If we ever get into these situations again where there’s a lot of talking.  It’s a tough game, a close game and just battle through and win them.”

Allison struck out two in four-and-a-third innings on the mound.

The bats for the Titans were quiet compare to Thursday’s game at Sprague, only producing two hits in seven innings with Noah Juarez and Tanner Keene each record a base hit.

The lone run for West Salem came off a Fielder Choice when Crosby Albee scored from third base as the Titans sit 4-3 in league and right behind the Lava Bears (4-2) and Sprague (5-3) in the league standings.

Ethan Johnson added a Homerun and four-RBIs for the Olys in their win, Cole Herschbach added two hits as well. 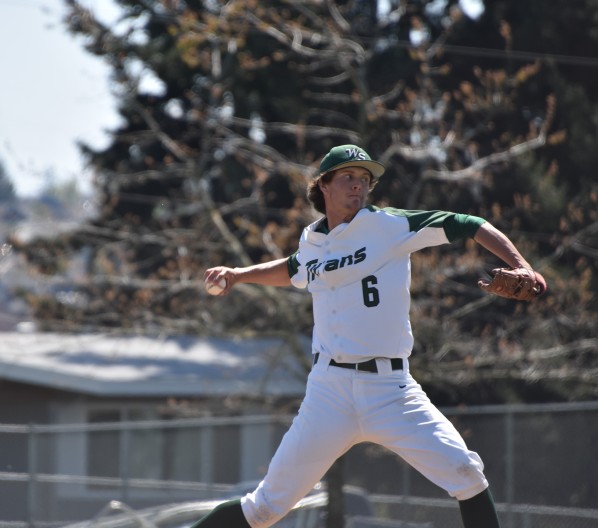 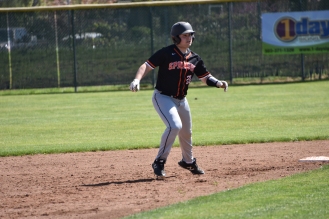 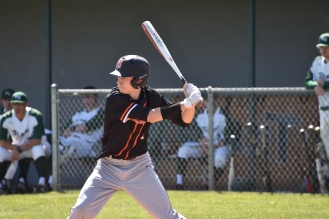 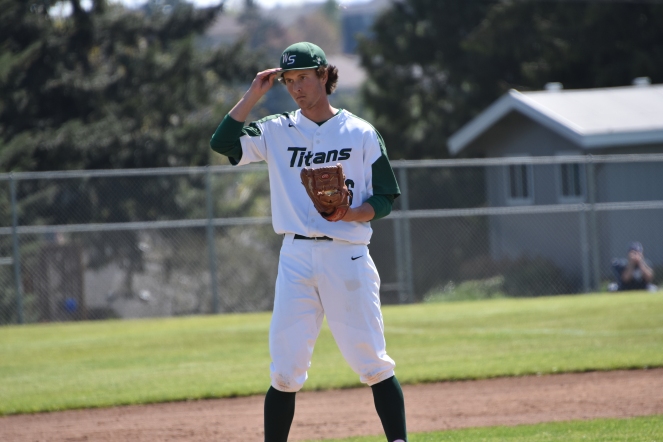 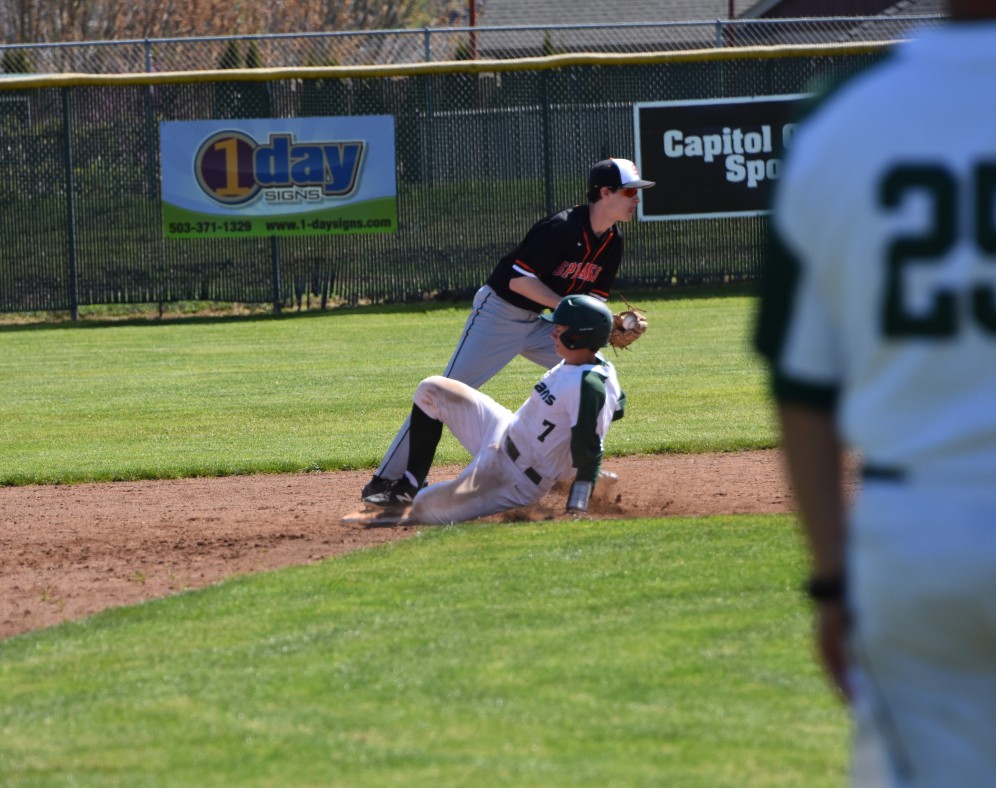