GLADSTONE, Ore.– There was no surprise that when Gladstone and North Marion met this week that it would come down to who made the most plays off the other’s defense.

And you could say that after Tuesday’s 3-2 Gladiators win, that both Gladstone and the Huskies would split the first two games of the three games series.

“It’s nice to come back to your home field and play as well as we did that whole game.  Yesterday it was tough, it was really tough,” said Gladiator pitcher Austin Conner.  “We were neck-and-neck the whole way and they hit the walk-off, it was kind of demoralizing.  But we came back here and play like this, it’s amazing.”

North Marion’s Nic Iliyn hit a walk-off double Monday to hand the Huskies a 1-0 win.  Conner pitched a complete game with six strikeouts, but him and his defense were nursing a 3-2 lead entering the top of the seventh inning with Iliyn on first and Jared Hauser on the corners.

Matthew Lehrbach handed Gladstone a then 2-1 lead with a sac-hit RBI and saw the Gladiators bring home their third and final run off a throwing error at third during Lehrbach’s final at-bat of the game in the fifth inning.

The North Marion defense committed two errors in that fifth inning that helped Gladstone to extend their lead.  An error in the sixth allowed the Huskies to cut the lead down to size 3-2 with reliever Ryan Olson turning a three-up, three-down inning for the North Marion defense in the bottom half of the inning.

Iliyn got a lead-off single and worked his way to third and Hauser was walked.  Grant Henry bunted Hauser to second for the possibility to take the lead with two runners on base with a base-hit and one out.

“We knew they were good and we knew we had to come out with a lot of energy and execute, but unfortunately we let the game speed up and it didn’t go our way,” said Iliyn.  “We just need to trust in ourselves.  We just need to know that we’re a good team and that we need to put it to them.”

The Huskies couldn’t capitalize with Griffin Henry and Brady Hansen to tie the game let-lone get the go-ahead run as Conner and his defense halted the number-one team in 4A from doing so.

“I was a little nervous there in the beginning.  I threw that first strike and then I settled down and started throwing better,” said Conner of the seventh inning.

Conner went 2-for-3 at the plate with Gladstone collecting seven hits in the win.

And with Game three of the series on May 7 back in Gladstone and the series with possibly the Tri-Valley Conference title on the line, Tuesday’s game was a good learning experience for the Huskies who only had loss previously to Crescent Valley on April 3.

“Yeah it’s good, it shows us that we need to preserve through this and come back stronger next time,” said Iliyn, who went 2-for-3. 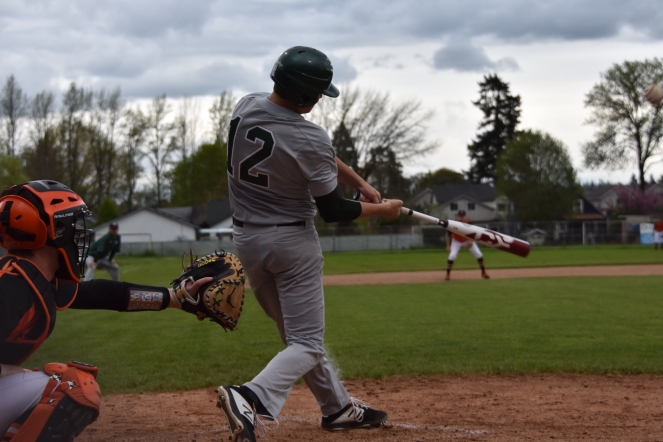 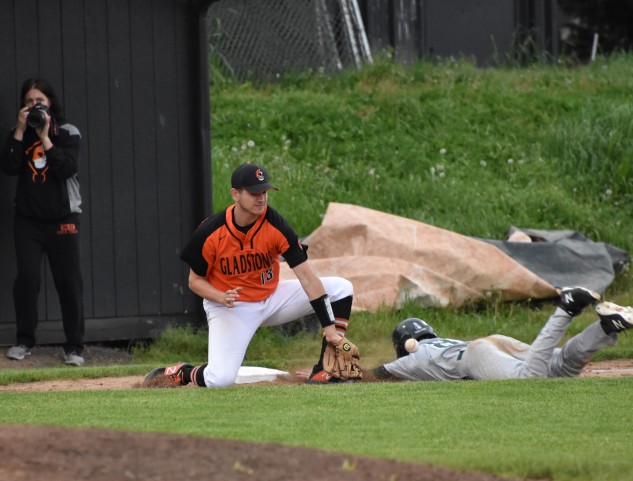 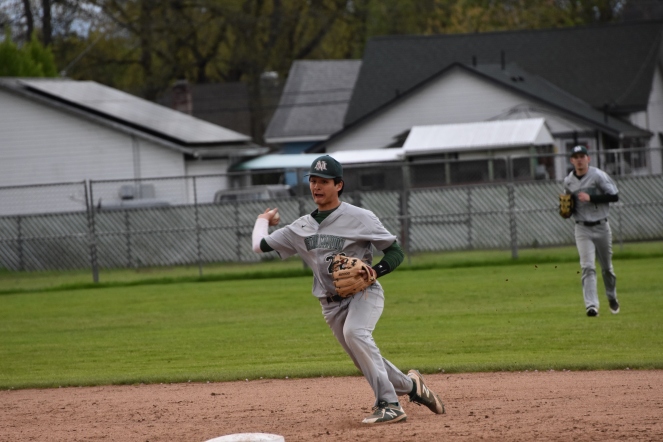 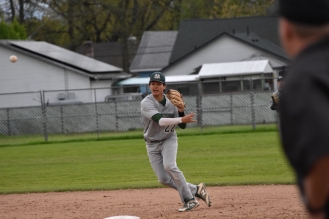 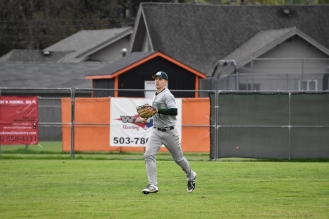 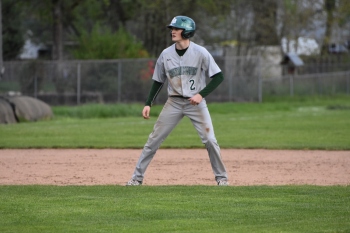