SALEM. Ore.– With two doubleheaders in four days in front of them, Sprague had to step up their game against Mountain View and Bend this past week.

They took care of the Cougars and pulled only what West Salem and Bishop Manogue (NV) by handing the second-ranked Lava Bears a loss following Sprague’s 4-2 win to start the doubleheader Saturday afternoon.

Geez, the Olympians led 4-2 following Michael Soper’s second homerun of the week that handed Sprague the lead in Game 2 in the fifth inning.

“It definitely felt great,” said Soper.  “Everyone was firing at all cylinders; we were all getting together very well playing good baseball.”

But the Lava Bears showed once more why they were 12-2 entering the doubleheader.  Challenging the Sprague defense as they tied the game in the top of the seventh inning at four with RBI hits from Cooper Simmons and Tyson Scott.

The Olys didn’t back down, getting base runners in the seventh, eighth and ninth.  They even had the game-winning run at third in the bottom half of the eighth with Brett Hassoun, who singled and worked his way around the base-path, but they couldn’t get that one run across the board.

It’s a good test for sure for South Salem, McNary and West Salem moving forward as well as the post-season with sitting 3-2 in the Mountain Valley Conference five games into the league season.

“I think it helps a lot because those stress situations really help us for playoffs and such.  It especially helps us down the road playing teams like South and teams like that when we need to be in it all the time,” said Herschbach.

Fatigue was sinking in for both teams having played now their 16th inning of the day points Soper entering the ninth inning, but as it looked like Sprague would have another crack at the win a weird bounce off the pitching rubber on a Bears’ Nate Koehler dribbler to second base scored Scott from second base with two outs on the board.

It was the lone run in extra innings as the Olympians went in order to close out a tough way to end the doubleheader Saturday afternoon.  Twelve games into their 20-game schedule, and this is when these pay-day games start to come up with Union (Washington) coming Tuesday and West Salem Thursday and Friday.

“It helps us get into it a little more because we’ve done these doubleheaders, we’ve played these long games.  It helps our energy; we know what to expect now.  We know what we need to put in now, how much effort,” said Herschbach. 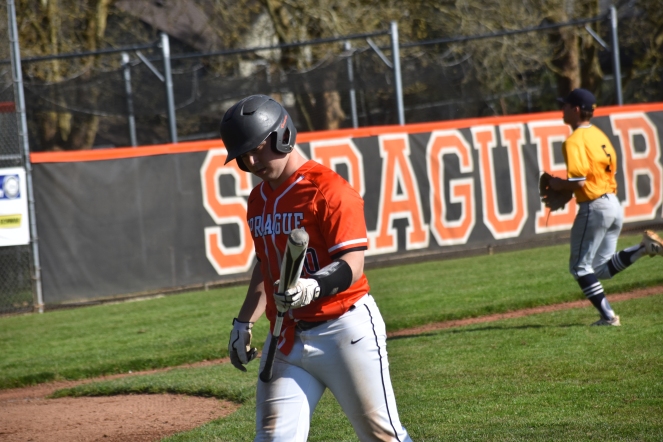 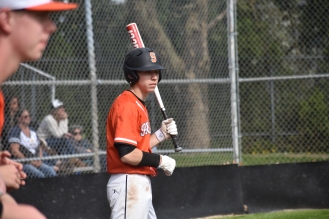 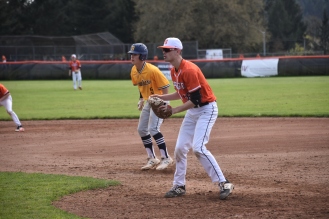 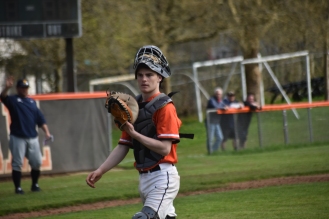 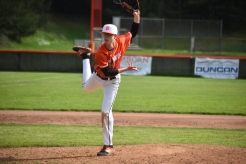 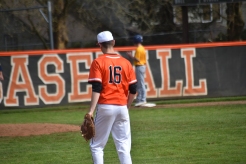