STAYTON, Ore.— Four games into the Oregon West Conference schedule this season, the Stayton baseball team has been right there with their competition.

Two of their three OWC losses have been within one-run of Philomath in the opening three-game series of the league schedule, and as Monday kicked off their second-league series against Newport, it was another close match-up entering the seventh inning.

Looking to pick up their first league win since May 11, 2016, the Eagles Jared Mitchell described Monday’s game as ‘inspiring’ as the Junior went six-and-two-thirds innings with eight strikeouts and him and his defense held the Cubs offense to one run entering the seventh inning.

“I thought we did amazing, we’ve done so much better than years passed. It’s really…inspiring to me how we’re able to pick ourselves up and just improve,” said Jared Mitchell. “It was exhilarating, we came in after the rough seventh inning and we just wanted to hit. Unfortunately, we weren’t able to come out with the outcome that we wanted, but it was there. The fire was there.”

Jacob Dobmeier held Stayton to two hits with nine strikeouts before handing the ball over to Ryan Torres in the sixth. That is when the Eagles struck gold by slowly loading up the bases with a Connor Hollenbeck walk, a Danner Salisbury single and a Jared Mitchell intentional walk with two outs on the board. Hollenbeck tied the game up at one, scoring from third off a wild ball before the inning ended.

In the seventh inning however, a few timely hits and a few minor hiccups defensively allowed the Cubs to build the 4-1 lead with two outs before Danner Salisbury struck-out Cole Braxling to end the top half of the inning to halt the Newport rally.

Stayton weren’t going down without a fight however with Tanner Manning and Dylan Rada having back-to-back singles to start the seventh inning with no outs on the board. Jacob Jungwirth couldn’t advance them, but Clint Brownell moved Manning to third and Rada to second on a sacrifice hit with Hollenbeck coming to plate looking to extend the inning with two outs on the board.

But the freshman popped out to end the game before the Eagles could pressure Newport any further than they already had. And with them traveling to Newport Wednesday, the first game of the three-game series is a good stepping stone towards possibly stealing a game from the Cubs and pick up that first league win since that May day against Cascade.

“I really hope it pushes us. Hopefully we can come out and get the outcome that we want,” said Mitchell.

Rada went 2-for-3 for the Eagles. Salisbury, Manning and Kaden Prien each recorded a hit in the loss. 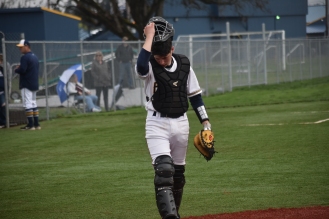 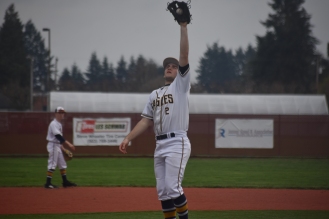 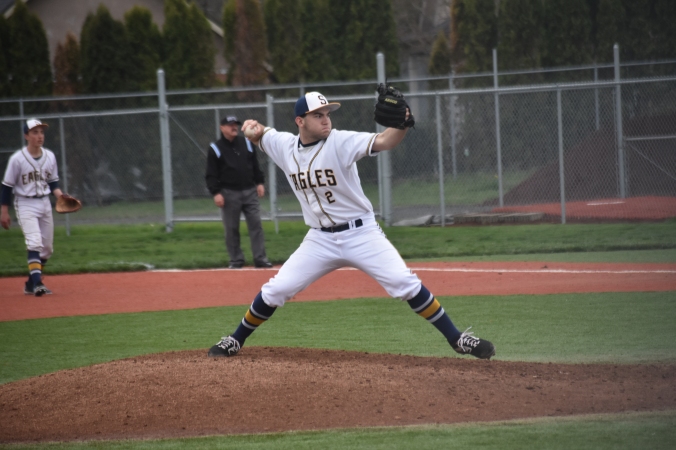 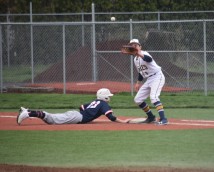 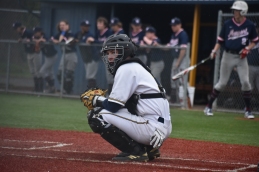 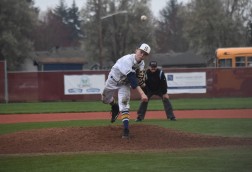