FOREST GROVE, Ore.–  It’s been a long-time since both Stayton and Woodburn had an opportunity to bring home a trophy.

“I think it’s awesome for the city of Woodburn, as you know our soccer team always had a lot of success so now we get to bring basketball back,” starts the Bulldogs Ryan Stebner.  “Hopefully the future youth can look at us as kind of a model and build off of that and one day bring home a Championship.

“So that’s the goal we have, establishing a program for the future.”

Woodburn and Stayton met for the third time for a chance to bring home that third-place trophy they were battling out for.

And for three quarters of the game, it was Bulldog-dominant as they led 36-26 entering the fourth quarter following a Stebner three-pointer in the wanning seconds of the frame.  They were dominant and physical against the height in front of them from the Eagles.

Led by Reese Miller and Lincoln Vansmoorenburg in the trenches, they limited Kaleb Anundi to seven points through three and had the six-seven post in foul trouble in the game, but Riley Nichol helped keep Stayton within striking distance throughout the game.

“They’re good players, they executed well.  Yeah we’ve had them in the first three quarters, but down the stretch we kind of missed our assignments.  We didn’t let the game come to us, unfortunately it got out of our hands,” said Stebner of what was to come.

Coming out of the quarter break, Stayton’s Micah Jenkins quickly scored five points through a three and a lay-up, to cut the lead in half within the first 75 second seconds of the quarter.  Jenkins didn’t score a single point until this point in the game.

Nichol then threw it down on a dunk that seemed to have swung momentum in favor of Stayton as the Eagles built a 17-0 run to turn the 10-point deficit into a seven-point lead that was capped by a free throw by Jordan Bulter with 1:23 left in the game.

“I just kind of lose myself in the moment most of the time…I love it and my mind just kind of takes a rest and basketball mind takes over,” said Nichol who added 13 points and eight rebounds to the game. “I just feel, just a lost of words right now.  But I’m excited, I’m happy and sad though that it’s over.”

A lost of words, that’s the best way as well to described Woodburn’s side of things as well.  Eight minutes from victory, denied by their conference-rival.

One player said after the game as they received their trophy, ‘how do we finish fifth?!?’.  It was weird to see a run like that happen as it did.

“It was shock.  We definitely fell apart, it was kind of a blur to be honest,” said Stebner. “We definitely needed to stop turning the ball over, just kind of slow it down.  We got too erratic looking back but that’s all we could do is look back.”

It’s a bittersweet way to end the season.  Both squads wanted that title, or to be in that game.  But, only six teams get to bring home one of the trophies and both teams did just that this weekend, showing that their hard work did pay off.

“To end the season on a win, only three teams get to do that so that’s amazing,” said Jenkins. “We’ve worked so hard this season, yeah we didn’t win first and that’s what we want…but hey, ending the season with a win that’s a great note for us.” 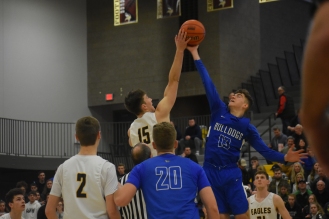 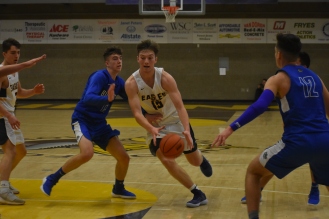 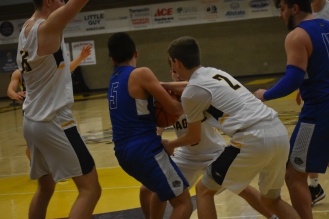 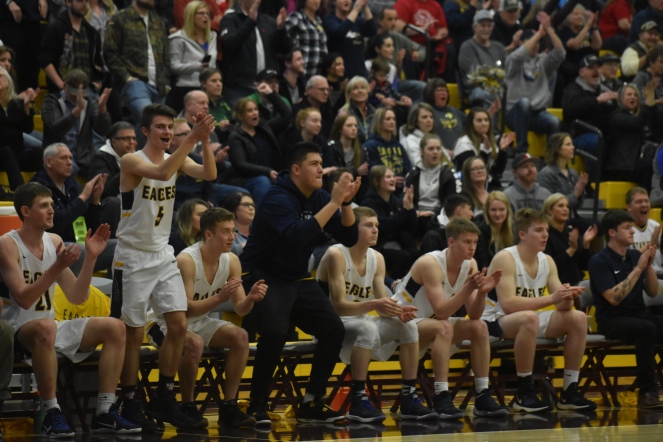 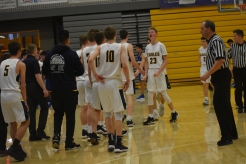