PENDLETON, Ore.–  The consolation semi-finals are probably the most interesting games in the tournament.  The question becomes how do you respond after the first day loss Day 2 in order to get to the trophy game Saturday?

Santiam led 16-6 within the first minute of the second quarter before Lost River cut it to 19-16 after a Nicholas Junior Pena jumper at the 5:25 mark in the Wolverines 49-33 win Friday morning.  But for much of the second quarter, a four minute-and-two-second span to be exact, there wasn’t any scoring of any sorts that made the feeling that the next basket would have the feeling of a game-winner in such a close game.

There wasn’t any nerves though as halftime approach in the second game in the Pendleton Convention Center of the day.

“It wasn’t too bad because I knew they made a few shots.  Everybody does,” said Jesse Sendlinger. “They go on streaks, we go on streaks but I knew our defense was tough enough to come together and not let anymore big runs.”

Colin Thurston snapped the scoring drought with a free throw with 1:23 left in the half as Santiam led 23-18 at the halftime break.

Their defense held the Raiders to ten second half points in the opening 12 minutes with the Wolverines seeing their offensive opportunities finally falling in after seeing them not fall Day One against Toledo Thursday night.

“It was a tough loss yesterday, we tried our hardest and put it all on the court but today it was good,” said Aidan Areni.

Areni’s 12 points all came from three-point land, going 4-for-6 to go with four rebounds.  Sendlinger was the only other Santiam player to score in double-figures with 11 points.

“Oh it was fun watching him hitting three’s, its fun seeing them go off,” said Sendlinger, who had the Wolverines only other three-pointer in the win on Areni’s energy.

“We got to play our game.  We know how to play them, this is going to be our fourth-time so we got to play hard and stick to our original game plan,” said Areni. 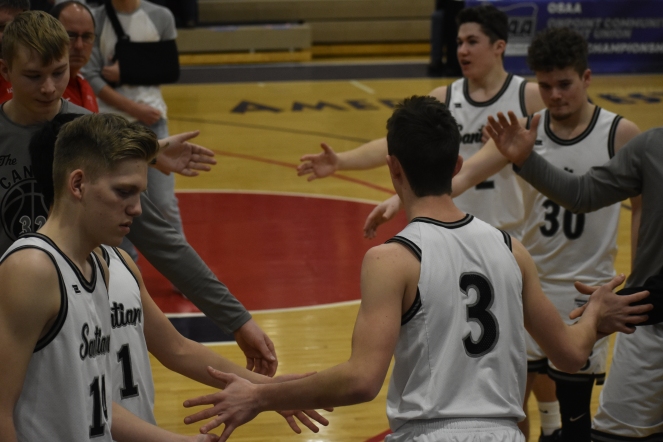 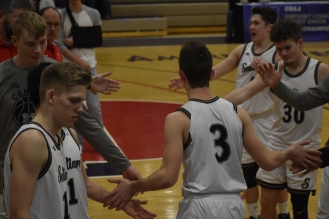 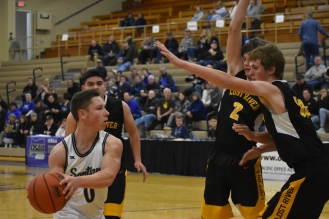 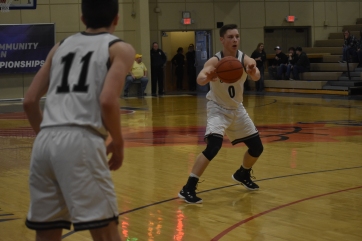 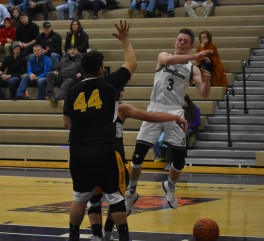 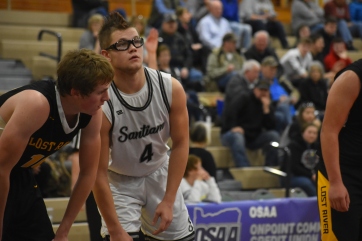 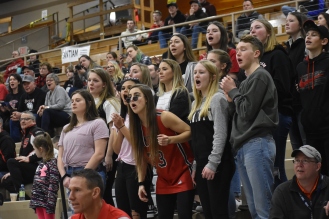 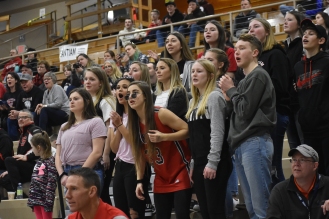 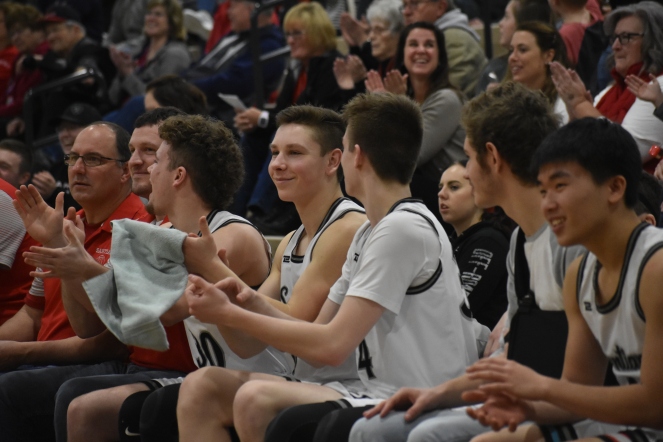 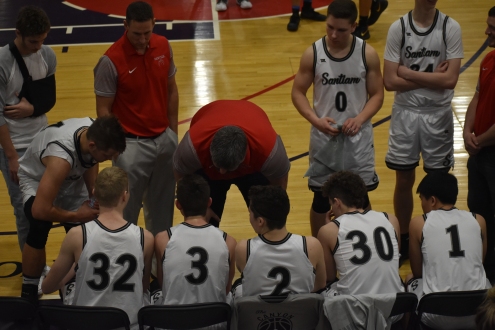 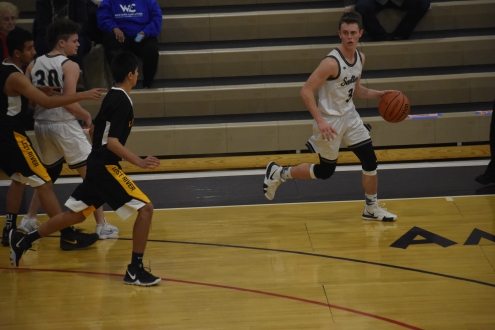