INDEPENDENCE, Ore.– After opening the game on an incredible 21-4 run entering the third quarter, Corvallis slowly began to chip away at the Central lead and eventually got it down to 27-20 with a little more than five minutes to play in the game.

But, as the fourth and fifth-place squads in the Mid-Willamette Conference race towards the final buzzer, that’s when Elizabeth Chavez took over in the 40-31 win Tuesday night.

Without Megan Mendazona, who’s out with an illness, Chavez struck gold with a three and a three-point play helped the Panthers regain a double-digit lead by the halfway point of the fourth quarter with Central leading 35-23.

“I think our momentum wasn’t the same as it was in the first half, we kind of let them back in the game,” said Chavez. “We weren’t playing as hard as we were in the first half that we knew that we could, and we had a feeling that was going to happen. But we kept pushing and we kept faith, we knew we had to keep on that confidence and pushing through and working hard.”

Chavez finished with 19 points, 12 of those coming in the fourth quarter of play.

The Spartans got it to eight, Chavez’ lay-in got it to 37-27. Corvallis got it back to eight with two to play, but good ball movement had forced the Spartans to foul with 1:17 left as Central stayed ahead of Corvallis for the nine-point victory.

The win, which pushes the Lady Panthers into the Top 10 in State with them sitting at eighth, is a good confidence booster with rival Dallas coming Friday and the 5A playoffs kicking off next week that has Central feeling good at where they are at currently.

“It’s definitely a confidence booster, we definitely needed it to go right into playoffs and get us into a good position,” said Chavez. “To keep us with that confidence, which is what we’ve lacked all season…which why we’ve struggled a lot. But I’ve started think we’re starting to find it which is helping us a lot and it’s awesome.”

The stacked slate of games versus the Dragons will feature the Varsity games at 5:30 (girls) and 7pm (boys) to close out the 2019 regular season. 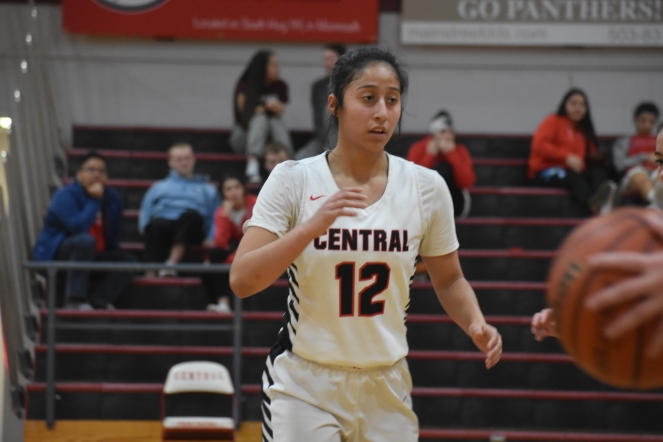 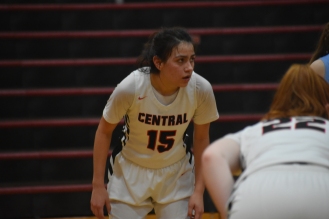