AURORA, ORE.– North Marion boys basketball came out a tad sluggish Tuesday night against Estacada as the Rangers opened the game up on a 7-2 run on the Huskies in both squads Tri-River Conference game.

But that lull in a night where North Marion featured a new line-up announcement, the Huskies would end the half on a 29-9 run with North Marion sustaining their momentum into the second half in their 66-38 win to improve to 3-0 in the league season.

“Throughout the season we’ve been starting off pretty slow and I don’t really know why.  We don’t get in our head until about two minutes into the first quarter,” said Sergio Jimenez, who scored 11 of his 20 points in the first half. “But I’m glad we were able to get back into the game and get this dub.”

For North Marion however, as they sit on top of the TRL in a two-way tie with Gladstone at 3-0, Friday’s game against the Gladiators (12-5) could set the pace for the remainder of the league season. 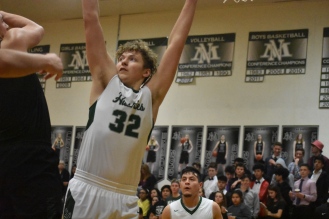 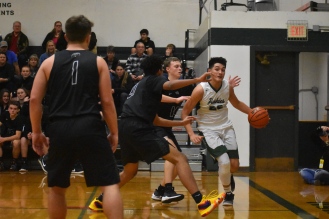 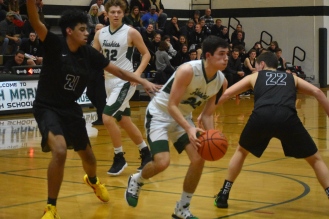 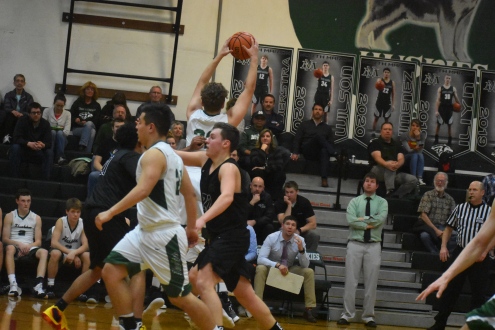 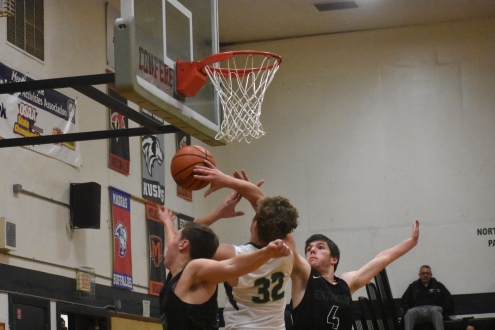