MILL CITY, Ore.– It was as close as you can possibly hoped for when the Tri-River Conference got back underway Monday when Gervais traveled out to Santiam as it came down to the last basket in the Cougars 39-38 win.

But it didn’t come without a fight or some adversity.  Maddy White went down in warm-ups for the Wolverines, leaving Santiam without their starting Point Guard for the contest as the Senior was on the bench icing her ankle.

“It’s hard to fill a role like that with Maddy being out, but we got really good ball handlers like Jasymn (Clark), Cami (Duncan) and Shyanne (Ward).  We all around have a really good basketball team,” said Wolverines Maddison Hicks.  “So it was hard not having her out there, but we have a really good all-around team.”

Gervais jumped out on the Wolverines 10-2, but McKenzie Dodge used her size and physicality to help Santiam get back into the game with the Cougs leading 12-9.

For much of the game after their initial slow start Santiam’s defense bent, but didn’t break with Clark, Ward and Duncan leading the charge fighting for the ball.  But the Gervais defense too held strong, with Bella Vasquez, Mary Davidson and Welburn challenging for the ball as well with the game coming down to the final minute.

“I think the second half, it was a lot better than the first half.  We realized that we need to not let them shoot outside as much, but sometimes that wasn’t the case.  But I think overall we did a good job with keeping them without scoring for a while,” said Dodge who finished with 19 points.

Both teams missed opportunities at the line and in the field.  But Dodge hit a lay-in to make it a 37-33 game before Celi Vasquez hit a three with 1:06 left.  Ward makes one-of-two at the line to make it a 38-33 game with 20 seconds left before Gervais called time five seconds later.

“When (Buse) called time that last time, I just wanted to cry because we were that close of not making it,” said Davidson.  “And when he made that play for Celi and she got that shot up.  I didn’t even see the rest of the shot, I just turned around and was like ‘ok, I got to get that rebound’ and it goes in I was like ‘Yes!”

They came out from the timeout and passed the ball around with the Santiam defense contesting them for a bad shot.  With three seconds left Celi Vasquez got the ball in front of her Cougars bench and let it loose.

It lands with no time one the clock as Gervais celebrated the sophomore’s shot in the win Monday night.

“It was pure happiness, I was just happy and smiling.  It was exciting,” described Vasquez who finished with 22 points and six three-pointers.  “We just build up that energy and just cheered on each other, build up that energy.  That’s how we can build it up and get better.”

Hicks finished with eight points for Santiam and Davidson finished with seven for Gervais.  The Wolverines play at Culver Wednesday at 4:30pm while the Cougars host Colton at 5:30pm. 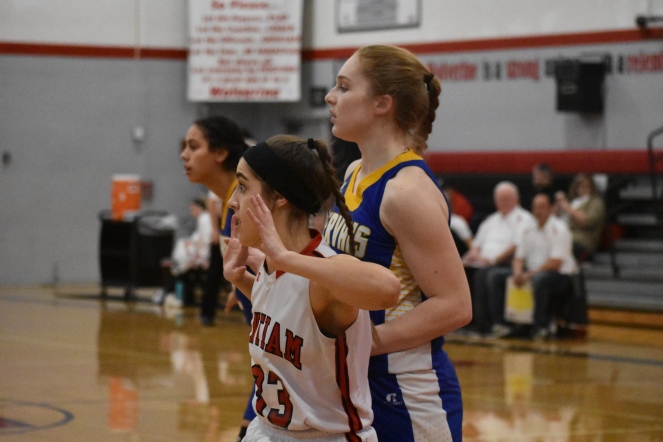 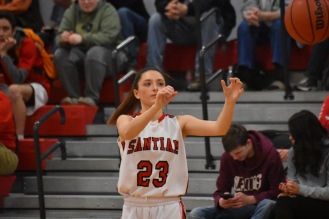 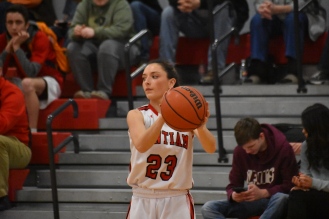 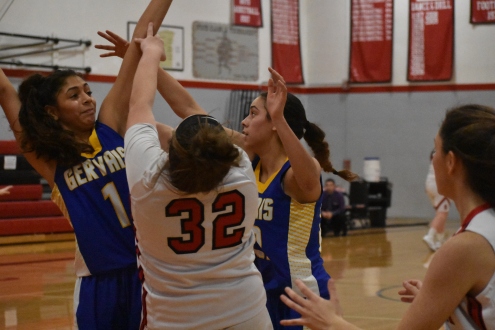 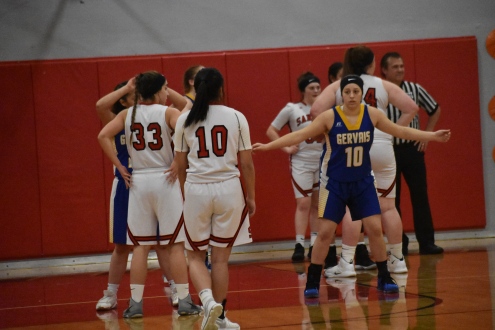 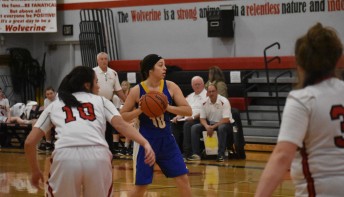 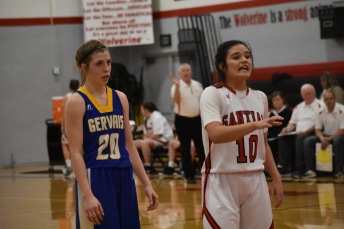 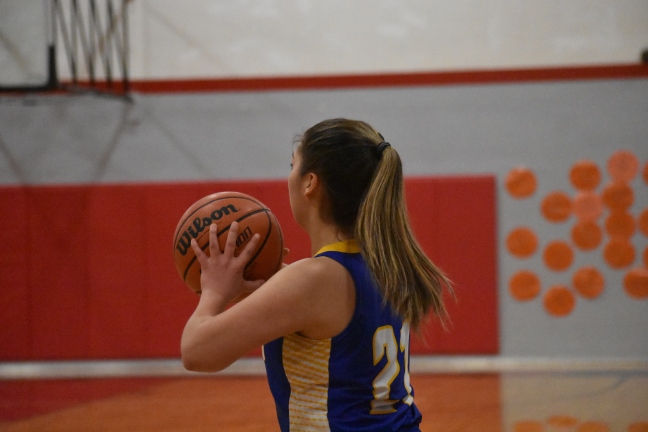 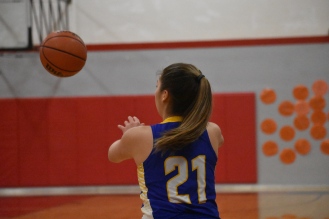 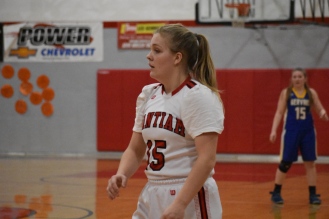 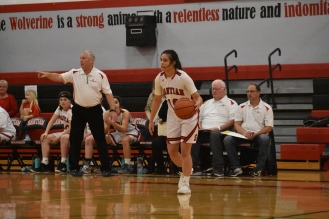 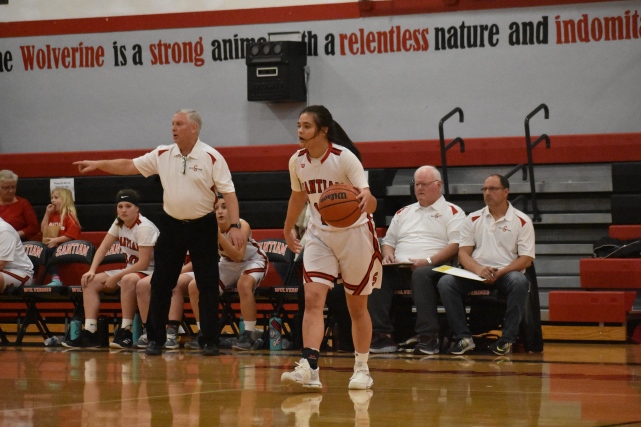 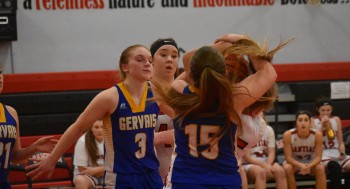 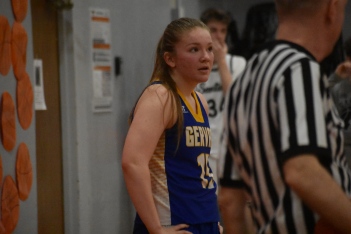 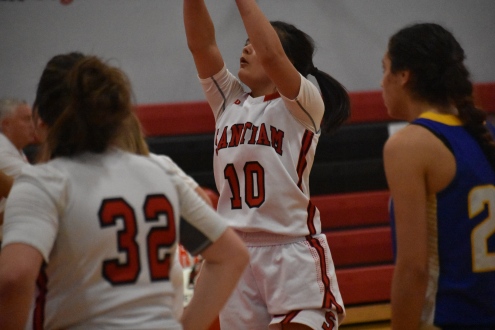 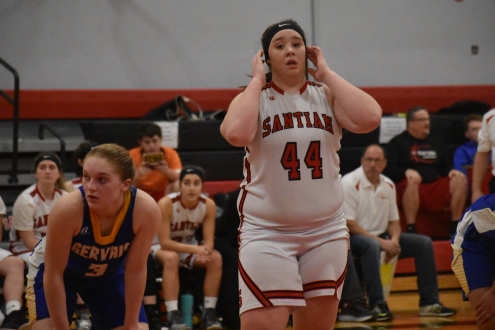 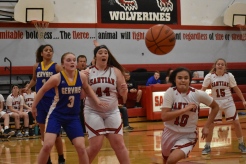 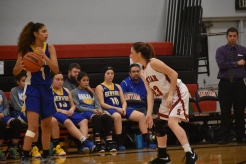 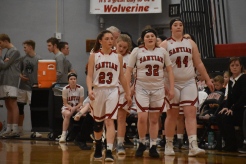 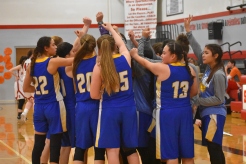