SALEM, Ore.— Turnovers seems to be the Achilles Heel for the Salem Academy offense this season.

For much of their game Saturday night, their offense finally showed what it is capable of when they’re not always running back to defend the other side of the court as they built an 11-point lead on Portland Adventist for the third-place game of the Green Bracket.

But that’s when their kryptonite of turnovers came around as they quickly saw their 11-point lead dissipate into a 35-all tie with the Cougars before ending the first half strongly with a 5-0 run for a 40-35 lead entering the halftime break.

The spark that ended the first half in Hayden Wakefield with a three-pointer, sparked the start of the second half with a lay-in that was followed by Cole Hardy with Salem Academy pushing their lead back to ten thanks to a 7-2 run to make it 47-37.

“So coach came into the locker room and was like, ‘yeah we got like nine turnovers. You need to pick it up’,” said Wakefield. “We weren’t happy with our play in the first half and then we came out, we knew we had to get this third quarter or else they’re going to take the ball from us. So we took it and we came out of here with a win.”

Wakefield continued to roll as the Senior finished with 25 points with seven rebounds and five assist and the Crusaders building a 58-41 lead with 75 seconds left in the third quarter after Luke Miller’s lay-in.

“Coach told us in the locker room that we needed to come out with intensity and finish the tournament with a win and that’s what we did. We’re very happy, we’re ready to play Dayton moving forward,” said Wakefield.

Miller finished with 23 points and five rebounds in the win. Cole Hardy had three steals and four board to go with his eight points as the Crusaders open league play Tuesday at Dayton with tip-off at 6:30pm. 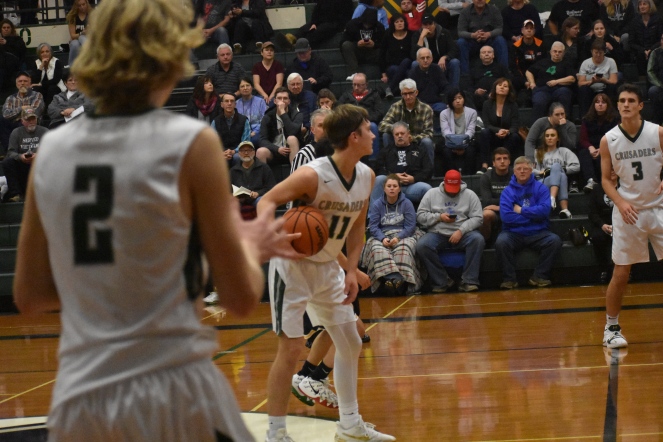 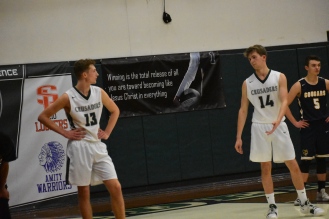 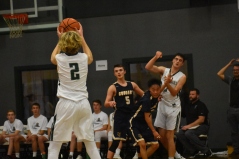